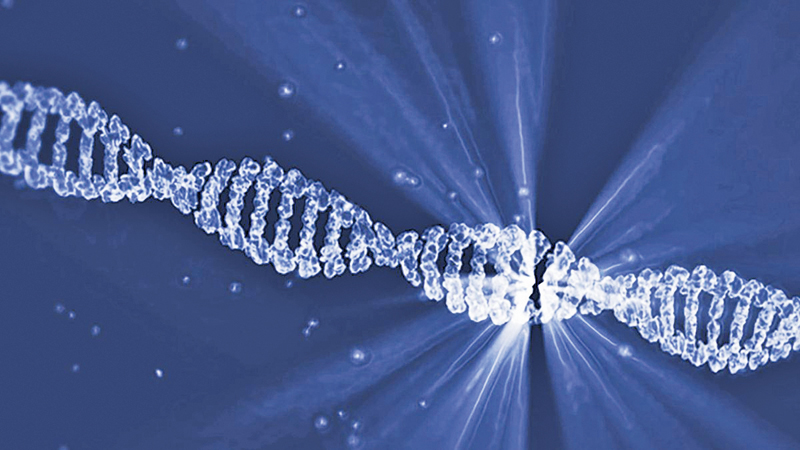 Dr Simon Naylar, a pathologist, helps us get a better understanding of biomarkers in relation to immunotherapy.

The immune system is a finely-tuned balanced harmony of cells and molecules ready to react to the threat posed to the body by infections, foreign entities and tumours.

Once the immune system detects one of these potential threats (known as an antigen), the immune defences are activated and a complex set of reactions and responses begin the process of attacking this enemy.

Many tumour cells are destroyed by the immune cells and the action of antibodies (proteins which attack foreign cells or molecules).

Immunotherapy broadly entails any treatment which enhances the body’s own immune system, reinforcing the immune army in its fight against the tumour.

Various forms of immunotherapy in its broadest sense have been used for many years, with good results.

One example is the instillation of the tuberculosis vaccine into the bladder to kick-start an immune response, which results in destruction of bladder cancers.

Skin cancers, such as melanoma, used to be treated by giving high-doses of interferon (an immune mediator produced in immune responses).

In the last few years, however, a great deal of research has been aimed at understanding the mechanisms of tumour immunity and refining the immunotherapy treatments available to target specific pathways.

In 2018, the Nobel Prize in Medicine was awarded to two researchers, Tasuku Honjo and

James Allison, for their work which has resulted in targeted immunotherapy.

Their work showed that there are molecules which stimulate and other molecules which inhibit, or suppress, the immune response. The latter are called checkpoint inhibitors. These molecules are produced by normal cells to prevent the body’s immune cells from attacking normal cells. But, they can be produced in excess by tumour cells.

One molecule which causes this is known as programmed death ligand (PD-L1). This molecule has been detected in many cancers, including lung and bladder cancers; an aggressive form of breast cancer, called triple-negative cancer; and melanomas.

Many companies have developed drugs which specifically bind to this molecule, cancelling out its inhibitory effect, therefore allowing the immune system to attack and kill the tumour cells.

Clinical trials have shown excellent results in patients whose tumours produce PD-L1 and have been treated with the anti-PD-L1 drugs.

It’s important to understand that only those tumours which produce the PD-L1 molecule can be treated with this expensive class of drug.

A biomarker is a biological marker that is an indicator of a tumour that provides information about that specific tumour.

Biomarkers may be: diagnostic – aiding in making a specific diagnosis; prognostic – providing information regarding the expected outcome of a tumour; and finally, predictive – they predict which tumour may respond to a specific drug.

So, PD-L1 is not only a checkpoint inhibitor but also a predictive biomarker.

The demonstration of specific biomarkers is the basis of personalised medicine. No two tumours are absolutely identical. It is the role of the pathologist to unravel the biological characteristics of each tumour, and detect the presence of specific targets for drugs i.e. biomarkers (PD-L1). It is here that the presence of PD-L1 and similar markers are detected, which then determine which drugs can be used to promote immune responses.

Biomarkers are now available for determination of a wide range of molecular changes which are known to occur in many tumours. These are now recognised as targets for specific drugs.

The new biological drugs are prescribed based on the presence or absence of these biomarkers. This allows for oncologists to institute true targeted treatment. This means that patients are given drugs most appropriate to their tumours and often spared highly-toxic drugs with their side effects and complications.

How are biomarkers identified?

Biomarkers can be detected by doing special tests on tumour tissue, using stains or molecular tests. Molecular tests are also becoming available on blood to detect some biomarkers.

This will eventually mean that less tissue biopsies will be needed, and, ultimately, these will be replaced by blood tests, called liquid biopsies.

The era of the magic bullet for cancer is well and truly with us. The drugs are available to target tumour cells with specific targets as are the complimentary diagnostic tests (biomarkers to detect).