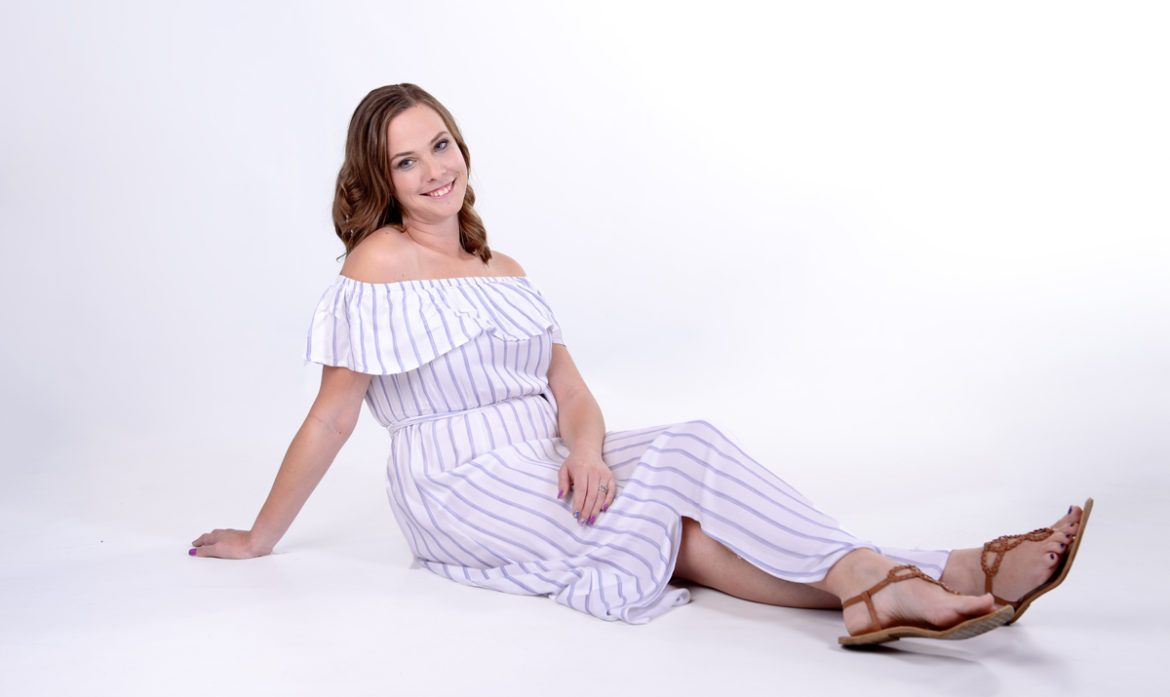 When faced with an ovarian cancer diagnosis three months before your wedding, at the age of 25, what do you do? Sarah Smit bravely chose to go ahead with the wedding plans.

Sarah Smit (28) lives in Centurion, Gauteng with her husband, Pieter.

Sarah and Pieter met on New Year’s Eve in 2008. They started dating and in July 2015, Pieter proposed. Sarah said yes and their wedding was set for 1st October 2016.

In May 2016, Sarah went to a doctor. “I had flu-like symptoms since the beginning of the year. I would get better, then a few weeks later I would feel sick again. Pieter told me to go to the doctor and get antibiotics. The doctor did a full medical check and felt a hard mass in my abdomen. I was aware of it, but Pieter and I were doing dancing lessons so I thought I had just pulled a muscle. Though, there was no pain. The doctor referred me for an X-ray,” explains Sarah. “That is where it all went downhill. The radiographer said she couldn’t find my left ovary. The first thing that went through my mind was ‘Will I still be able to have children?’”

Sarah was referred to a gynaecologist/obstetrician. He told her that he doesn’t know what it is but it needs to come out immediately. Then they will do tests. “I kept on telling him how I wanted children. He explained that we need to take it step-by-step. Surgery was the first step. If it was cancerous then we could talk about fertility options before treatment. He also explained that there are success stories of women having children with one ovary. He assured me that he would do his best to see that I have children.”

A week later, on 5 June, a 500g mass which had engulfed Sarah’s left ovary was removed, along with the ovary and part of her fallopian tube.

The mass was confirmed to be a Stage 1 ovarian germ cell tumour – dysgerminoma. Thankfully, it had not spread to the right ovary.

Sarah started her treatment journey with an oncologist, who was aware of Sarah’s desire to have children. The oncologist referred the 25-year-old to a fertility clinic before chemotherapy commenced.

Sarah was advised by the oncologist to postponed her wedding as the chemotherapy would drain her. Though, Sarah’s gynae encouraged her to keep the date as it would give her a goal to work towards, and it was something to look forward to.

“Once I was diagnosed, I sat with Pieter and told him that this was his chance to run for the hills. That he still had time to pull out of the wedding and no one would hold it against him. He said that the wedding was going to happen, even if it had to be in court, and that he accepts my diagnosis. He was and is amazing!” Sarah says.

“In July, we started the fertility preservation process. The fertility doctor wanted me to fully heal from surgery, but then we were also on a deadline to start chemo as my wedding was in three months’ time,” says Sarah.

It was decided to opt for embryo freezing (IVF) instead of freezing eggs. This is due to embryo cryopreservation having a better success rate than egg cryopreservation. Some eggs could be temperamental once defrosted, and there was no idea of how long Sarah’s eggs would be frozen for.

“From what I understood, they don’t generally encourage embryos being frozen unless two people are married as there have been custody battles over embryos. The fact that Pieter and I were getting married was why they allowed us to freeze our embryos. But there was a lot of paperwork that had to be signed,” Sarah says.

Sarah started hormone treatment and went in every day, for a week, to be checked. Pieter went in for his sperm collection. Twelve eggs were collected from Sarah’s ovary and fertilised in the laboratory with Pieter’s sperm. Three embryos took successfully and were frozen.

Unfortunately, Sarah’s medical aid didn’t cover the cost of fertility treatment. So, her parents graciously help pay a portion of the cost, while Pieter and Sarah paid the rest.

Once the fertility preservation was completed, Sarah started 18 rounds (three cycles) of chemo in July. The soon-to-be-bride experienced fatigue, hair loss, severe dehydration, and nausea. “Every cycle was different. The final cycle hit me so hard. The last round, I had to go in a wheelchair. That is how weak I was. I had lost 25kgs. The week after all three of my cycles was worse than during chemo. I felt horrid!”

Pieter and Sarah’s mom took over the planning of the wedding so Sarah could focus on her treatment. “The hardest part for me was losing my hair…I was growing my hair for the wedding,” Sarah says tearfully. “I had my hair trial before I started chemo, but I knew it wasn’t going to be like that…so that made me very sad. Once I started losing my hair, I cut it short, then into a pixie cut, then shaved it. Strange enough, cutting it in the pixie cut was more upsetting as I saw them cutting it…I was supposed to be growing my hair…not cutting it! When my head was shaved, there was no mirror so I couldn’t see. But, I could see it was hard for my mom. We bought a wig and my hairdresser put it on. So, I only saw my head when I got home. It made me look sick even though I didn’t feel sick at the time,” explains Sarah.

Sarah’s chemo was completed three weeks before her wedding day. She hoped this would be enough time for her to recover. Though, three days before the wedding, Sarah was still being pushed around in a wheelchair.

“I never had a kitchen tea. I told my bridesmaids that I just can’t face that.

We had small dinner party on the Wednesday. I was feeling good and started eating. Though on my wedding day, I was in pain as I was constipated and couldn’t urinate (I’d been struggling with this for while). But, I made a promise to my friend that I would walk down the aisle. Which I did! I wore my wig on my wedding day and I think it looked better than any hairstyle I would have had,” Sarah says.

“Two chairs were placed in the front so we could sit during the ceremony and water was on hand. Everything went well.

We cut the cake, and we had our first dance, even though it was only for 20 seconds. Then around 8pm, I asked Pieter and my mom to take me home while everyone enjoyed the rest of the reception. I just wanted the dress off as I was in so much pain and wanted the wig off.  So, I got into bed and slept. Sadly, I missed the exciting part of my wedding which makes me very emotional…but I got the important part of it…though, I didn’t get to dance with my dad.

Looking back now, I think it was the anxiety and stress of the day, because I was fine the next day,” Sarah says.

The newlyweds left for Mauritius for their honeymoon. Sarah was still blocked up and a doctor had to be called while on honeymoon. “I feel very guilty that my honeymoon was more of a ‘recoverymoon’. And, that I took away something that Pieter worked so hard to give me. I was mostly lying in a hot bath as that was the only thing that made me feel better. He read a lot. One day, hopefully, I can repay him for that,” Sarah says.

Sarah adds that their honeymoon was anything but romantic. “I didn’t feel sexy and when we were intimate, it was extremely painful. This also made me feel very guilty. It took about three to four months for the pain to dissipate.”

When Sarah got diagnosed, she immediately wanted the Mirena, which she had since 2014, removed. She says, “I asked both, the gynae and the doctor who put it in for me, if the Mirena caused the ovarian cancer. Both of them swore that it could not cause ovarian cancer.”

Sarah’s gynae did not remove the Mirena as he didn’t want any abnormal hormone fluctuations during her oncology treatment.

“It’s quite interesting that treatment could be done with it still in,” Sarah comments.

Last year, Sarah started having painful period cramps and headaches. Her gynae explained that maybe the chemo had an effect on the life span of the Mirena (five years) so suggested she get a new one inserted as he didn’t want her taking the pill. So, she did. It will removed once Sarah and Pieter are ready to have a baby.

Advice for starting a family

Sarah was advised by her oncologist to be in remission for two years before they try to conceive. However, they were also advised by the gynae not to wait too long to try for a baby as the chemotherapy had aged Sarah’s ovary by 10 years. Sarah’s gynae said there is a good chance that she will fall pregnant naturally as her cycle returned after chemotherapy.

The young couple are talking about having a baby this year. They will try the natural way and if that doesn’t work, they will use the frozen embryos. “I would like two or three children but at this stage I would be happy with just one. But there is a chance of multiples when using embryos,” Sarah adds.

When asked if she is happy with the decision of going ahead with the wedding, Sarah says, “Absolutely. If Pieter and I could make it through this, then we can withstand anything. I would like to have a big party for my 30th so I can celebrate with my friends and substitute my wedding reception that we missed out on.” 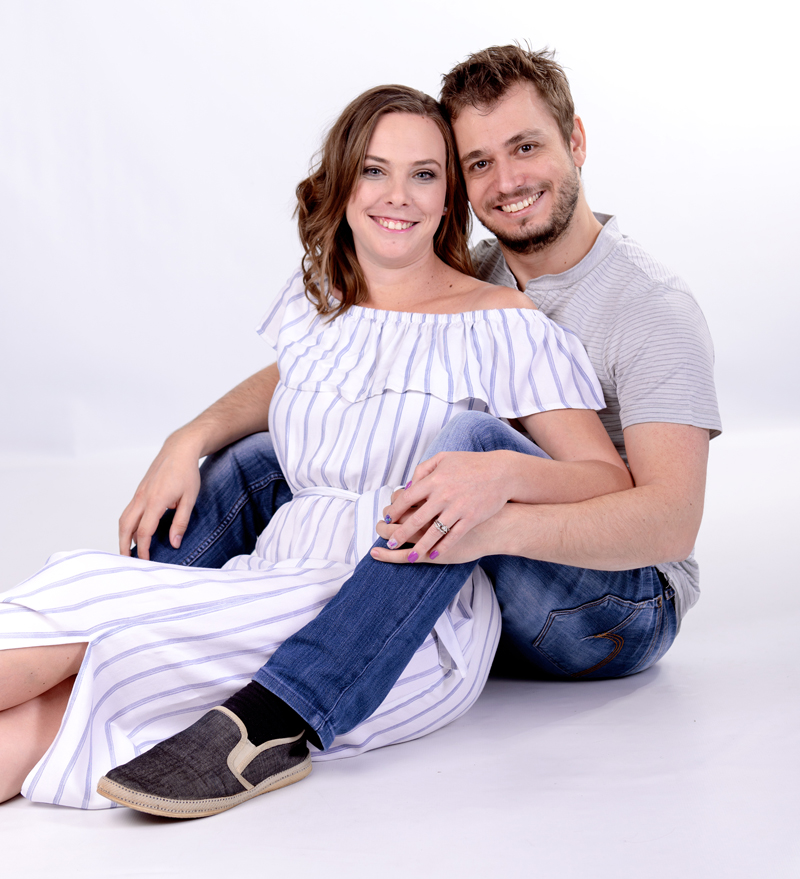 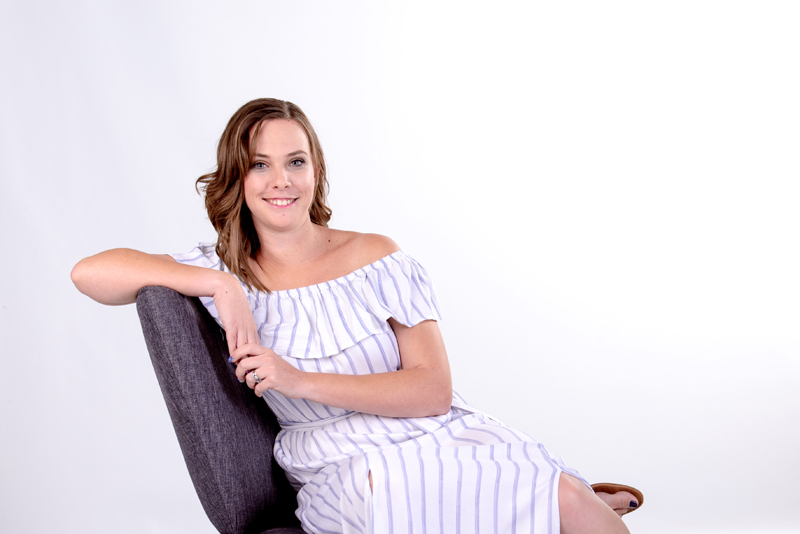 Thank you to Rage Model Management for the use of their studio.