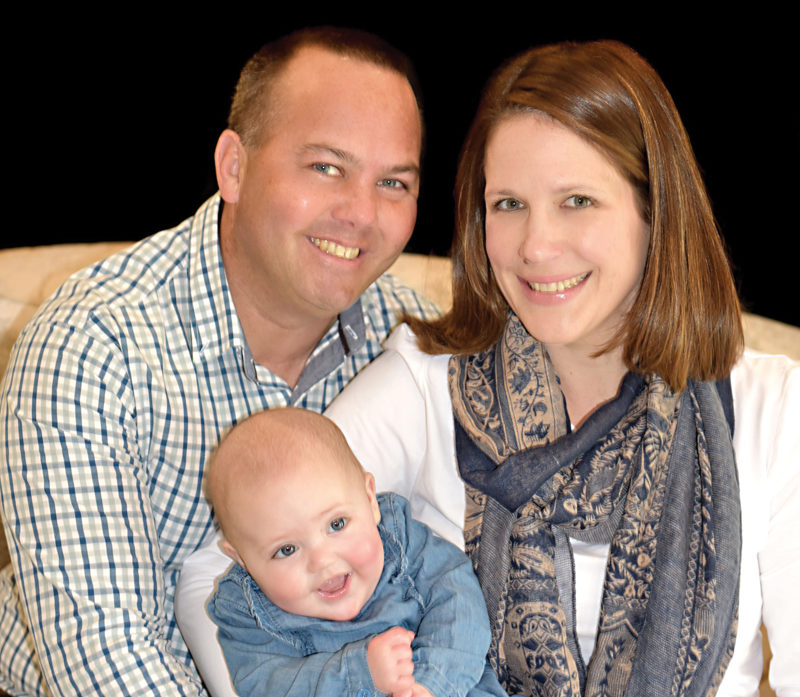 A surprisingly positive experience are not words that you would think would be associated with prostate cancer. Though, this is how Darren Robertson experienced his diagnosis. He tells us more.

Darren Robertson (42) lives in Harfield Village, Cape Town with his wife, Loren and their daughter, Rebecca.

Darren never dreamt that he would be diagnosed with prostate cancer at the young age of 40, and never expected it to have been such a positive experience.

The financial planner decided to go for a full health check, in November 2018, because he was keen to boost his Discovery Vitality points before the end of the year. His GP suggested a full blood test, including measuring his prostate-specific antigen (PSA) level, just as a precaution.

When the results came back, Darren’s PSA level was higher than it should be, so he was referred to a urologist. “It’s amazing how calm and supported I felt through the whole process,” he says. “Even the dreaded digital rectal exam (DRE) wasn’t as bad as everyone makes out. It was so quick and painless”.

The urologist scheduled an MRI, and Loren researched, looking at all the possible scenarios. The MRI confirmed a 10mm Grade 4 lesion on his prostate and a biopsy confirmed Stage 1 prostate cancer.

Forward thinking for the future

“Loren also had an appointment with her gynae for a check-up and the advice we got was to ‘freeze some guys’, due to the possibility of infertility after treatment.”

“Rebecca was eight months old then. We didn’t want to be pressurised into deciding whether to have another child, so the decision to freeze sperm made sense. We can now make plans as a couple when we are ready to. Just like we would have if I had not had this diagnosis,” Darren explains.

The father had his prostate removed, including seminal vesicles, mid-January 2019. “Of course, it was scary,” Darren says.

“But it’s important to say that this has not been a bad experience. The doctors, my family and friends have been so supportive. My natural inclination is to use attack as the best form of defence, but in this case, I gave this journey the respect it deserves. This was not the time to be arrogant!”

When the father had his follow-up with the urologist, a week after his surgery, the results of the biopsy done on the entire prostate post-surgery rocked him.

“The cancer was Stage 3 and not Stage 1, the Gleason score was 8 and not 6, and, ultimately, the cancer was a lot more aggressive than initially thought. It had invaded the capsule surrounding the prostate, plus there was lymphatic and perineal invasion within the prostate.”

“My urologist informed me that if I had been diagnosed a year later, my nerves wouldn’t have been spared. If I had been diagnosed two or more years later then it might well have been too late. This is what I’ve struggled with the most, from a mental and emotional point of view. I’m a young man, with a beautiful wife, a young family, a child, a business, and I could have been gone,” explains Darren.

Thankfully, the father didn’t suffer much side effects, except being extremely bloated after surgery; a tingly feeling inside his left thigh; and intimacy with his wife now is “different”.

Walking the talk – listen to your body

Darren lost his father to an aggressive brain tumour a year before he was diagnosed with prostate cancer. That, and his own diagnosis have made him determined to tell everyone, especially his clients, to listen to their bodies

“Get check-ups. If something doesn’t feel right, get it checked. Take it from me, an early cancer diagnosis is immeasurably better than leaving it too late,” he says.

“I have made some changes in my life  – reduced my work hours, reduced my client base. I have committed to not having a phone nearby when I play with Rebecca. Loren and I hardly watch TV, we talk a lot and we spend time together often,” says Darren.

Darren is part of Movember (www.movember.com), a global men’s health charity, focusing on prostate and testicular cancer, mental health and suicide prevention. He raises funds for them every year. This year the 42-year-old will be riding the Wine2Whales, a three-day mountain bike race, with his urologist.