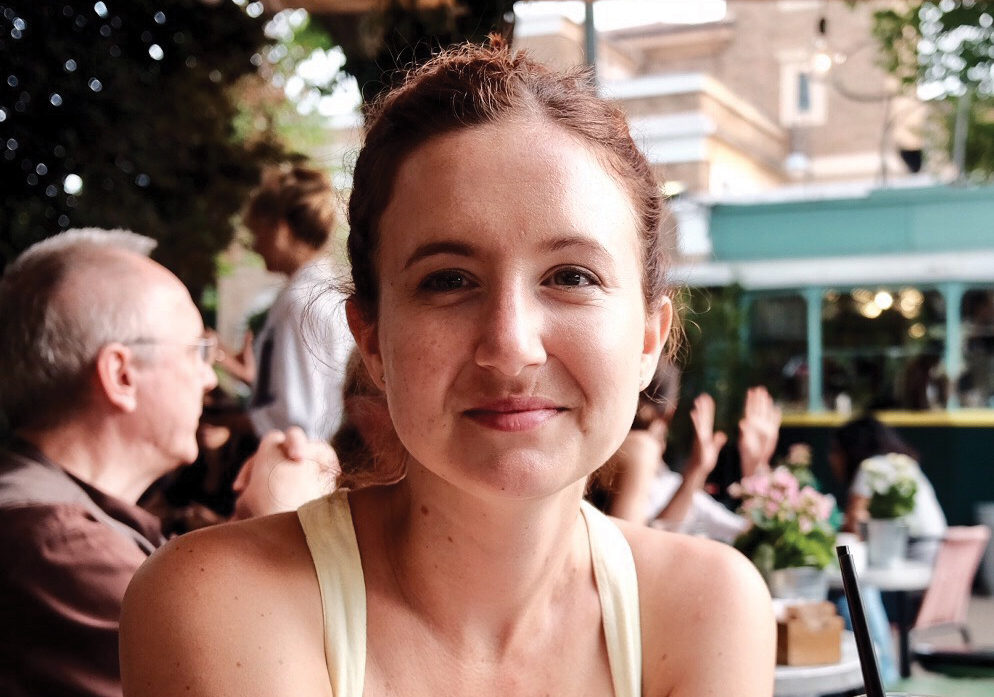 The first time I was allowed outside was a Sunday morning. The skeleton staff nurses delivered the results of my 2am blood tests without ceremony. I snuck a peek. My white cell count had been building slowly but fiercely from a flat 0 to a magnificent 1.

This meant many things to me. I would be able to see the faces of my family again, no longer hidden behind masks. And, soon, I would be going home. But, at that moment, it meant I could finally shuffle my way outside of the isolation ward, down to the parking lot. I stretched out on a bench, pleased to have the use of my hands without a drip, and felt the crisp air against my cheeks. It felt like being alive.

Where it all started

I was 22, in April 2009, when I was diagnosed with Hodgkin’s lymphoma, which I was inelegantly told was like winning the cancer lottery.

I anticipated a quick treatment that would not interfere with law school, and set about planning how I would eat, exercise and rest in perfect ratios to get through treatment with maximum effect. But two tumours stubbornly remained in my chest, making a home for themselves without any permission at all, as if they owned the place.

After five months of the four-drug combination ABVD chemotherapy, I was told that it was likely I would need an autologous stem cell transplant. In November, I had the first of three rounds of ICE chemotherapy. If the tumours reduced from this treatment, high-dose therapy might work.

I found ICE unbearable. I’d gotten used to ABVD. I knew when to expect each symptom and when I would start to feel better again.

ICE was much more difficult. I had  to sleep with the chemo attached in a moon bag and I was always worried  that it would spill, which it once did.

I could feel my kidneys struggling to process it. At times like that, it’s hard to remember that chemotherapy is, in fact, medicine. The feelings of dread shifted constantly from the cancer to the chemo and back again.

Thankfully, the next PET scan showed that the tumours had responded to the treatment, so they were likely to respond to high-dose chemo. We swung into gear to prepare for the transplant. I met with a specialised senior nurse who took me through each step of the process.

Prepping for the transplant

First, I was to put on weight. I supplemented my meals with nutritional drinks. Most things tasted metallic by then, but I found core staples. Cheese and tomato sandwiches; vegetarian sushi with lots of ginger; and chicken burgers with plenty of tomato sauce were my favourite.

After that I was put back on Neupogen which stimulates white cell production. I’d been on what my family affectionately called “The Neup” a few times during my treatment when my white cell count needed a boost.

I became used to the injections into my stomach, alternating on each side   to reduce bruising. The feeling after injecting was that of your bones growing inside of you. The longest I had been on Neupogen was a few days but this time I was on it for about a month, to load up as many healthy stem cells as possible. Each time my bones ached was a victory.

In January 2010, I went to harvest. A catheter was inserted on the opposite side to my port so I could have one line in and one line out. The centrifugal machine was connected and I stared at the clean tubes, still not convinced that I “wouldn’t feel a thing”. I didn’t.

I watched all my blood come out and back into me three times while a little bag filled up with happy little stem cells. It was one of the most interesting things I’d ever been a part of. I felt sure I would transform into a comic book hero by the time I left. I did.

Armed with millions of stem cells, far more than were necessary for transplant, I prepared for the final battle. First, I filled my hospital room with pretty things – pictures of me when I was healthy, pictures of family and friends, plastic flowers and books, books and more books. There was a huge oak tree outside the window and birds nested there to keep me company.

The chemo wasn’t so bad. It took six days and obliterated my immune system, as it was supposed to. But I felt safe in the hospital and spoilt by all the nurses.

A physiotherapist came in every day to make sure I was still moving. Before my white cell count was too low, we’d go for ‘granny walks’ around the hospital. But soon, I was bundled up in my room: windows permanently closed, highly sterilised, waiting. There was no reading; my brain wouldn’t allow it, so I watched a lot of comedies instead.

I spent most of my time in hospital planning what I wanted: to walk for a full day (at least); a house with a garden and a swing; lots of books, dogs and to be around children.

Lastly, I wanted to make an impact (which I now know should never be used as a noun). I wanted to feel the world and I wanted my presence to be felt. To be part of the human story again.

The treatment was not a walk in the park. At times I was delirious, at times I cried. When I contracted an infection and when my red cell counts were perilously low, I thought I might die. I thought about death constantly and tried to reconcile myself with it.

When the doctors injected my stem cells back into me, everything smelled like olives! Like a magical Spanish adventure! I think it was something to do with how the stem cells were defrosted. My family confirmed they could smell olives all the way down the corridor to the nurses’ station.

The medication put me to sleep for most of the day; I felt like celebrating but couldn’t muster the energy. From that day, everything was about the blood test results. Every time the phlebotomist withdrew a blood sample, I would earnestly pray that the stem cells would magically take and I would be safe again. Every morning I would wait for the doctor to relay my results – yes, no, maybe.

And then, one quiet Sunday in March 2010, I was suddenly back outside, lying on a bench in a parking lot, wondering how long it would be before anyone noticed I was gone.

I was given the all clear that year May. In June, I began to work at a public interest law firm, focussing on the right to health. Since completing my law degree and articles, I practiced for a time on the right to basic education. I am now a researcher for Justice Edwin Cameron at the Constitutional Court.

My wonderful partner and I live in Johannesburg; we have a beagle and a small garden with a swing. I have two beautiful godchildren and look forward to, somehow, having my own children, someday.

I am deeply grateful to the nurses and doctors who saw me back to life. One day, I am sure I will trust my body again.

Kate two weeks after she was discharged from hospital, with a friend wearing a wig.