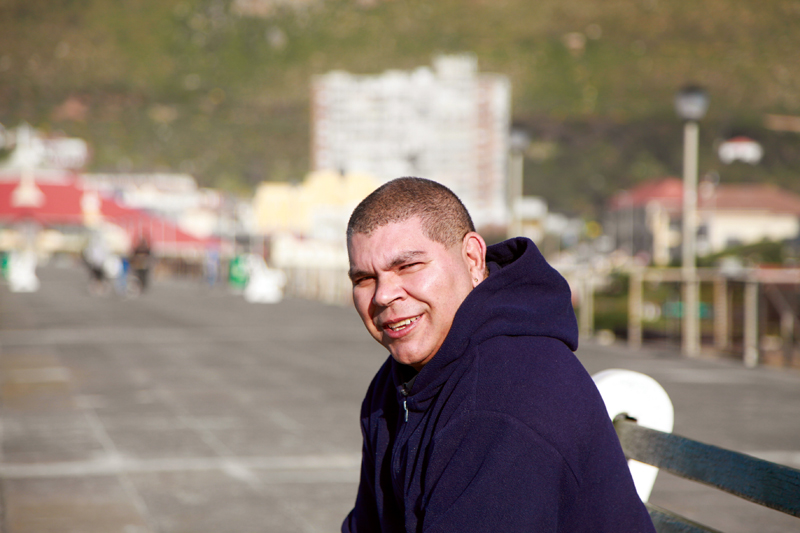 Cancer – in a man’s world

Not only did Ismail-Ian William Fife survive prostate cancer but also breast cancer. We hear how his battles birthed Can-Sir, a men’s cancer group, that has helped a substantial amount of men.

Ismail-Ian William Fife (53) lives in De La Haye Avenue, Kenwyn, Cape Town with his wife, Bianca, and her 10-year-old twins, James and Jordan, and the family dog, Daisy. He has two adult sons from his first marriage.

At 40, Ismail-Ian was diagnosed with Stage 2B prostate cancer in 2004; a year and five months after his initial symptom – blood in urine – was detected by an insurance medical. To which, he consulted a urologist for further tests but it was said to be a kidney infection. The symptom persisted and finally, a digital rectum exam (DRE) was done, showing his prostate was hard, followed by a biopsy, confirming the cancer.

Out of fear of burdening his first wife (they had lost Ismail-Ian’s mother to lymphoma), he kept his illness a secret. He completed radiation – every day for five weeks. But, two years later, the cancer recurred, and with more aggressive treatment – radiation and hormone therapy –  his wife found out.

“For two and a half years, I had treatment and never involved my wife. I made excuses as to what time my check-ups or treatment were, so that she wouldn’t come with. I didn’t want her to see what I was going through, because we endured enormous heartache when my mother was sick,” Ismail-Ian bravely discloses. “There were days I was so sick…I suffered terribly with hot flushes, I sweated profusely and would stand outside in the cold wintery nights to cool off. Yet, still I wouldn’t allow her to assist me, saying ‘I’m fine, I can handle this.’ I never saw her hurt….and then she just withdrew.”

It was during this time that Ismail-Ian withdrew too, and fell into depression. He refused to join support groups because he thought he could handle it. “There was a time I wanted to take my own life. I gave up on the world, gave up on God, gave up on everything and then to top it off, as if cancer wasn’t enough, I suffered a mild heart attack; I had stents put in. I lost all sense of purpose and faith. I lost myself,” Ismail-Ian vulnerably admits.

Pushing the father straight into depths of despair, he was then diagnosed with breast cancer in June 2008. He had a painful lump under his right nipple, and the nipple had discharging fluid. “I was in shock, especially when I considered naively all my life that men don’t get it. But, because of my previous experience, I was prepared and equipped to handle the battle ahead,” he explains. However, little did he know his battle was about to get bigger.

“In July 2008, my wife filed for divorce. She lost trust in me because I hid my illness. Although, I thought I was protecting her and our sons, I was, in fact, driving a wedge between us. Due to the prostate cancer, I couldn’t father anymore children, and she wanted more.

In November, our divorce was concluded, a month before our 20th anniversary,” Ismail-Ian says. “I am saddened that I can’t father anymore children, yet, I hold no remorse as I have two great sons and memories of those wonderful years. What would I have gained by holding on? I would have only caused more suffering and hatred. So instead, I chose to rather have a friend for life than an enemy for eternity.” 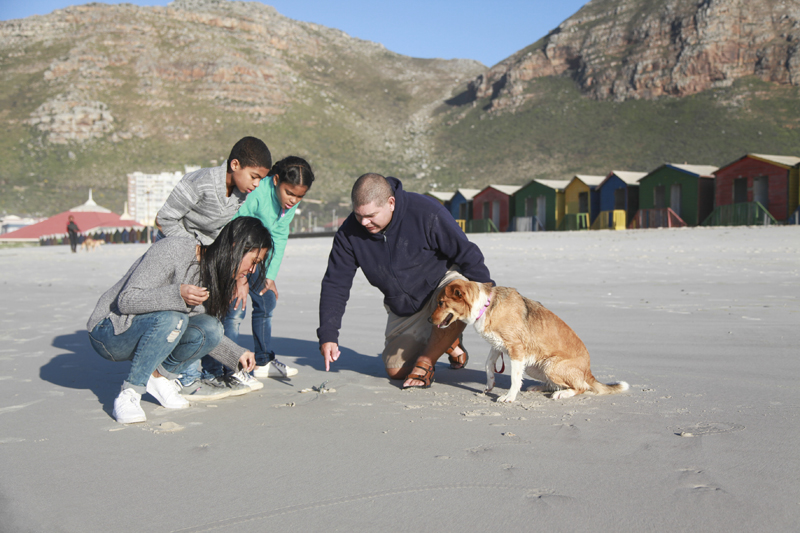 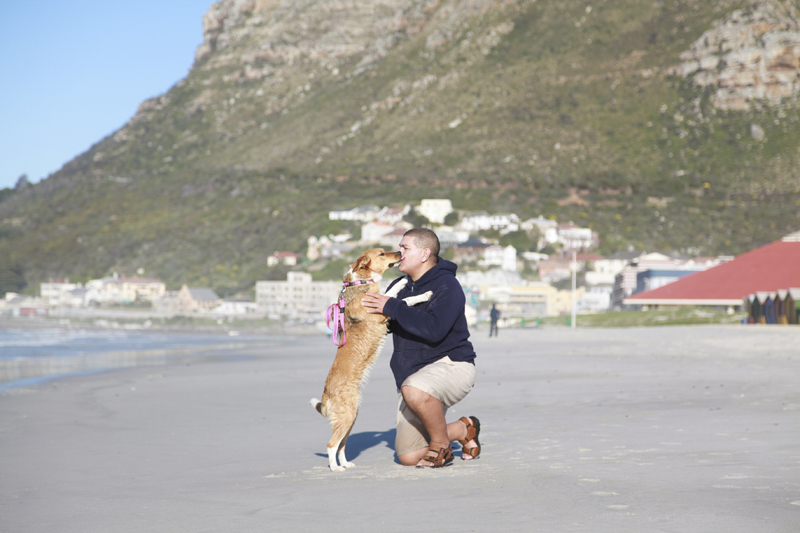 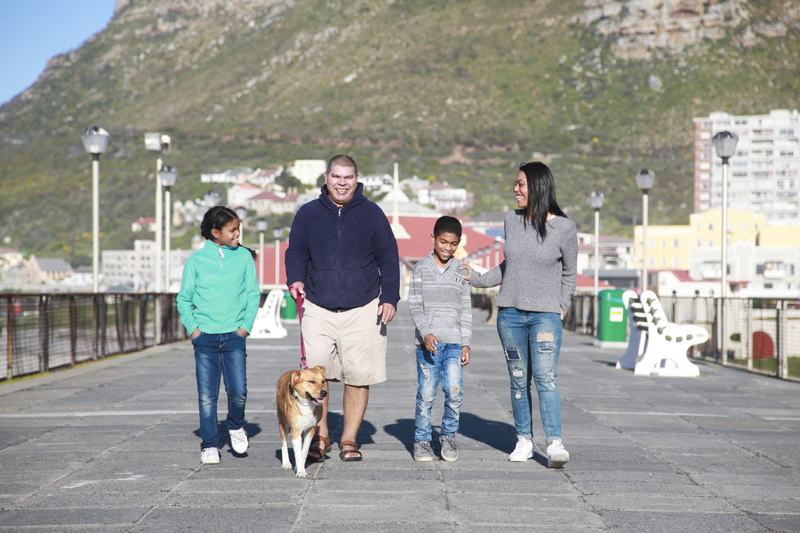 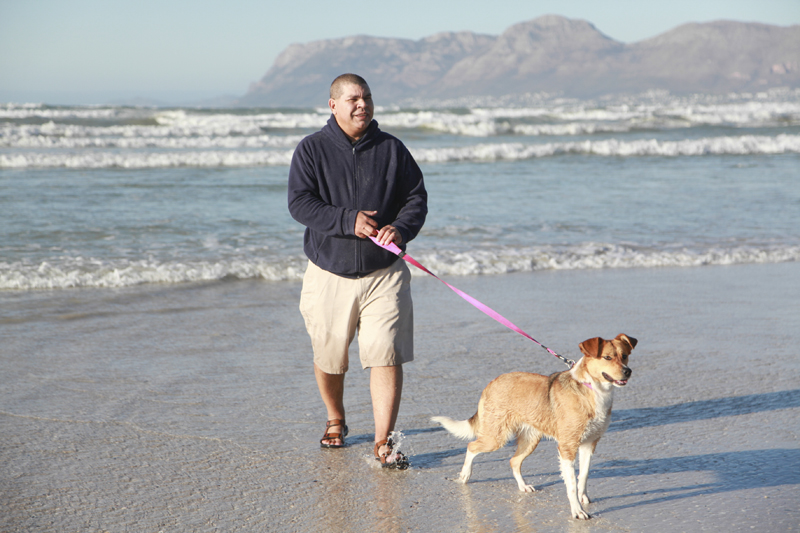 Getting active against cancer

Despite the setbacks, the father was forced to fight this fight on his own. He underwent a lumpectomy, followed by radiation. However, compared to the prostate cancer treatment, this treatment was far easier.

Then, true purpose was birthed; Ismail-Ian started Can-Sir, a men’s cancer group. The vision is to address: the difficulty men experience when it comes to treatment; coping with cancer in their family lives; not openly talking about cancer due to being ill-informed, uncaring medical staff, cultural differences or the stigma attached to cancer.

“Many men are ashamed of their illness and feel humiliated during and because of treatment. In SA, cancer is very much a cultural matter; it’s regarded as a bad omen in black cultures – that your forefathers aren’t happy with you, therefore you were given the disease. The other is that you might be bewitched.

With breast cancer, there is a belief it’s exclusively a female disease, and if a male should have it, it’s because he had a sex change; he has more female hormones than male and therefore is more feminine. It’s all about ignorance.

Most regard their illness as a sign of weakness, and then they must still expose themselves physically and psychologically to their physicians. With such attitudes, patients often delay seeking treatment or withhold vital information from their physician.

With his new-found purposes of helping other men, Ismail-Ian was in a good place. Then, in 2010, not only was he given a second chance of love when he met Bianca, but also a chance to be a father to her twins, from a previous marriage. The family love walking on the beach with Daisy. The father of four continues to help other male cancer survivors through Can-Sir. Visit www.can-sir.org.za for more information.