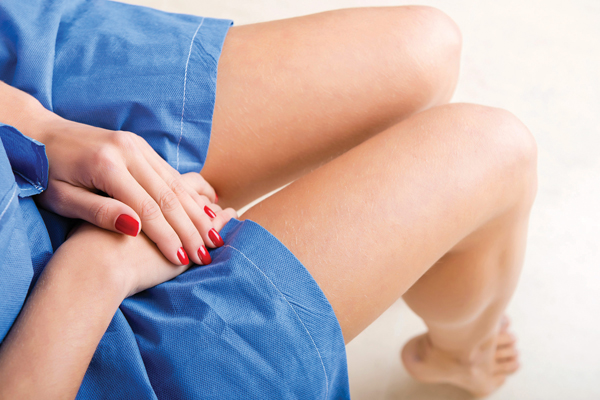 Confessions of an ordinary woman

It has been ten years since my last smear.

What is the difference between a Catholic priest and a Women’s Health practitioner? No, it isn’t a joke. There is no screamingly funny answer. But it is a question I ask, as I sit in the confessional booth that is my desk, listening to a patient who uncomfortably divulges how long it has been since her last Pap smear. Whether she expects absolution or penance, I have no idea! The main thing, I always stress, is that she is here now, and, at that moment in time, that is all that is relevant.

Most women know that having a Pap smear done is an essential part of being a woman. But, on further questioning, many don’t really understand much more about it. For me, knowledge is power, and I feel that every woman should know these few facts so that she is equipped to keep herself healthy.

What is a pap smear?

The Papanicolaou or Pap smear, named after the man who described the technique in 1928, is a simple, effective screening test which alerts the health practitioner to the presence of abnormal cells originating from the cervix, or opening of the uterus. In order to do a Pap smear, the cervix must be visualised by inserting a speculum into the vagina. A small brush is then used to collect cells which are sent to the laboratory for analysis.

Why a pap smear?

Abnormal cells, if allowed to continue unchecked and without monitoring, have a chance of developing, in time, into cervical cancer. The culprit here is a virus known as the human papilloma virus (HPV) which is acquired sexually.

If cells are found to be abnormal, further tests might be done to test for the presence of dangerous HPV subtypes, and management of the condition might be dictated by these test results. The time frame here is extremely important as changes to cells do not happen overnight. So, if a patient is vigilant in having her checks, it is extremely unlikely that the situation would ever ‘turn cancerous’.

The advent of a vaccination against the most dangerous types of HPV has also changed the face of cervical cancer. It must be stressed, however, that a woman still needs Pap smears even if she has been vaccinated, as other subtypes could more rarely cause disease.

How often must a pap smear be done?

This has been a subject of great debate, particularly in the formulation of national health policies. Firstly, it is extremely unlikely for women who have never been sexually active to acquire infection from HPV. They, therefore, usually do not need a Pap smear.

In addition to this, women who are under 25 years of age appear to be able to counteract the effects of the virus on the cervix. Because their bodies can often heal themselves, they are less at risk than older women.

Over the age of 25, an annual Pap smear would be recommended.

After three negative smears, a wider time interval could be considered depending on circumstances. For a woman in a stable, monogamous relationship, it is probably enough to have a Pap smear done every three years.

A woman who is no longer sexually active still needs to have Pap smears done as damage often takes a long time to manifest.

In my practice, I so often find misunderstanding and unnecessary hysteria surrounding the diagnosis of an abnormal Pap smear. What we need to remember is that an early diagnosis of abnormalities on a Pap smear is just a red flag, which alerts the healthcare professional to what management is necessary.

Cervical cancer still kills women in this day and age. But, because it takes a long time to develop, it could be eradicated by an effective Pap smear campaign. No one relishes going for the dreaded gynae check, but a bit of embarrassment and some discomfort every few years are definitely worthwhile when one considers the alternative.

Cervical cancer most often affects women at midlife – economically active women, mothers and wives, women for whom life holds so many more wonderful years. Take the time for a check and invest not only in your future, but in the future of your family.