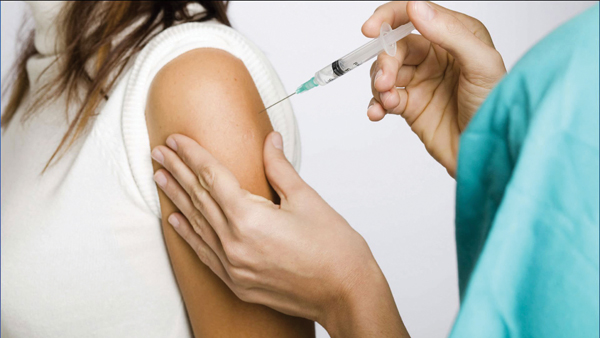 We have all heard about the HPV vaccination and how it can save lives but how exactly does it work? Specialist gynaecologist, Dr Pam Pillay, expounds on this in light of January being Cervical Cancer Awareness Month.

Cervical cancer remains the most common gynaecological malignancy in women, and is associated with the highest cancer-related mortality rate.

Its prevalence in sub-Saharan Africa remains high due to inadequate screening, lack of education, low compliance amongst women, and health inequity.

Cervical cancer and pre-cancer is caused primarily by the human papilloma virus (HPV), a DNA virus that is usually acquired sexually (STD). Factors that increase risk of HPV transmission include age at first sexual experience, sexual promiscuity, and other STDs including HIV. Smoking is thought to suppress the immune system and hence is an associated risk factor.

The HPV cancer (oncogenic) potential is mainly due to viral strains 16 and 18. Up to 80% of sexually active women will be infected with HPV at some point of their lifetime. Most will clear spontaneously. A small percentage will lead to cancer. Pre-cancer lesions of the cervix, usually detected on a Pap smear, may lead to cervical cancer if they are left untreated.

Cervical cancer is a global burden, and for this reason, primary prevention with the HPV vaccination has become the buzz of medical intervention since 2004. This is when the PATRICIA  trial1 was undertaken to assess the effectiveness of the HPV vaccine against severe pre-cancer lesions (CIN 2+) caused by high-risk HPV 16 and 18.

The bivalent vaccine was used in this trial. It was concluded that the vaccine inferred adequate protection, at least 93%, against CIN 2+, and it was deduced that the HPV vaccination will substantially reduce the number of cervical cancer and pre-cancer cases, and the number of referrals for diagnostic and treatment procedures.

Currently, there are two vaccines available at most retail pharmacies in SA:

In the USA, a 9-valent vaccine is additionally available.

In 2014, the World Health Organisation recommended a two-dose regime to developing countries, to widen vaccine cover in the background of poor resources and poor follow-ups by women. The two-dose regime was confirmed to be no less inferior to the three-dose regime.

Cervical cancer should be given as much priority as the HIV and TB epidemic, especially in the developing world.

Currently, vaccines are largely unaffordable, retailing bet R880-R900 per dose, and medical insurances do not pay as vaccines are not prescribed by the Minister of Health as a minimum benefit. Only a few schemes will pay out of savings.

We need to target the pre-sexual adolescent, and encourage a healthy forum for open discussion and concerns. Barrier protection, as part of necessary sexual health, needs to be highlighted.

HPV vaccination combined with effective screening is the most effective prevention strategy to date when it comes to cervical cancer.

Up to 80% of sexually active women will be infected with HPV at some point of their lifetime.