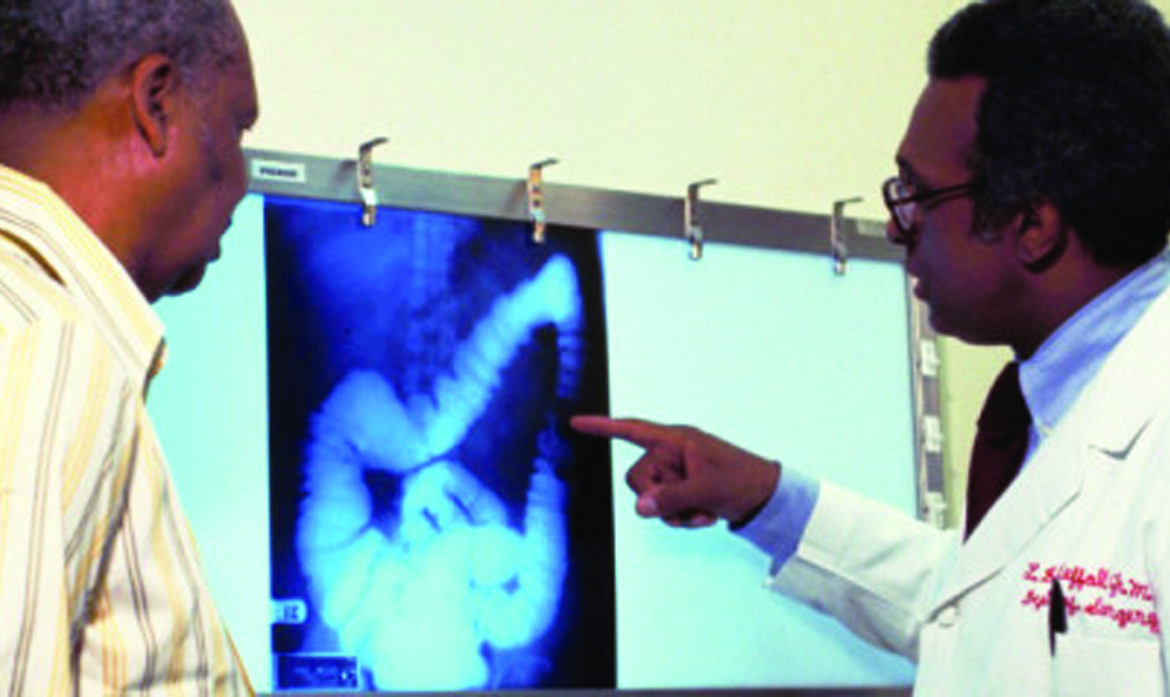 Colon cancer is most commonly a disease in older patients with the vast majority of cases occurring after the age of 50, although there is an increasing number of younger patients who are being diagnosed. Due to the age specific incidence of bowel cancer, it is associated with numerous challenges.

Globally, colorectal (bowel) cancer is the third most diagnosed cancer in males and the second in females, with over 1.2 million new cases and 608 700 deaths estimated to have occurred in 2008. The highest incidence rates are in Australia and New Zealand, Europe and North America, and the lowest rates are found in Africa and South-Central Asia. These geographic differences appear to be attributable to differences in diet and environmental factors, as well as a background of genetically determined susceptibility. However, we are noticing an increasing number of cases in South Africa and they are thought to be associated with the so called ‘Western dietary influences’.

Age is considered a major risk factor for sporadic colorectal cancer, and current guidelines suggest that all adults over the age of 50 should ideally undergo a colonoscopy at least once every ten years. Additional risk factors for developing bowel cancer would necessitate more frequent screening.

Unfortunately, due to the non-specific early symptoms of colorectal tumours, such as bloating, constipation and fatigue, these tumours are often only discovered when they are relatively advanced, or when they have spread. The symptoms are often attributed to the persons age, rather than a specific disease leading to a delay in seeking medical advice. The most important warning signs for a possible bowel malignancy are blood in the stools, changes in bowel habits with either diarrhoea or constipation or both, and anaemia or unexplained fatigue.

Any of these factors should alert a person to seek medical advice.

The discomfort associated with undergoing a colonoscopy will often also deter the elderly patient from having regular screening tests, again leading to delays in diagnosis.

These delays in diagnosis can often lead to the tumours presenting with obstruction of the bowel needing emergency surgery. Emergency surgery is associated with significantly greater risks in the elderly than a well-planned elective surgery. The recovery time is also significantly longer. Emergency operations are also associated with a higher chance of needing a colostomy bag than with elective surgery. These factors complicate the recovery time in the elderly patient.

Surgery is an essential treatment in colorectal cancer, often even in advanced cases where then cancer has spread, in order to prevent the risk of the tumour growing and obstructing the bowel.

However, most cases of colorectal cancer will also require chemotherapy either before, or after surgery in order to control the cancer.

The chemotherapy currently used for colorectal cancer is extremely well tolerated, but does pose some difficulties in the elderly patient, particularly over the age of 75. The side effects of the chemotherapy can be quite significant in this age group and these patients need special care. However, with the correct level of care and assistance, age should not be an obstacle to receiving chemotherapy.

Until recently the diagnosis of stage four colorectal cancer was associated with an extremely poor prognosis, but recent advances in the treatment of this cancer has allowed us to radically improve a patient’s life expectancy and their quality of life.

“New techniques in surgery are also allowing surgeons to avoid the need for a permanent colostomy bag, thereby improving a patient’s quality of life.” However, there are situations where a bag is unavoidable, and it is always important to remember that it is possible to live a normal, productive and happy life despite having a colostomy bag.

With a disease where age is one of the most important risk factors, we no longer need to discriminate solely on age. Despite the chronological age of a patient with colorectal cancer, your doctor should be able to determine an appropriate, safe and acceptable treatment plan which can assure both your quality of life and your peace of mind.