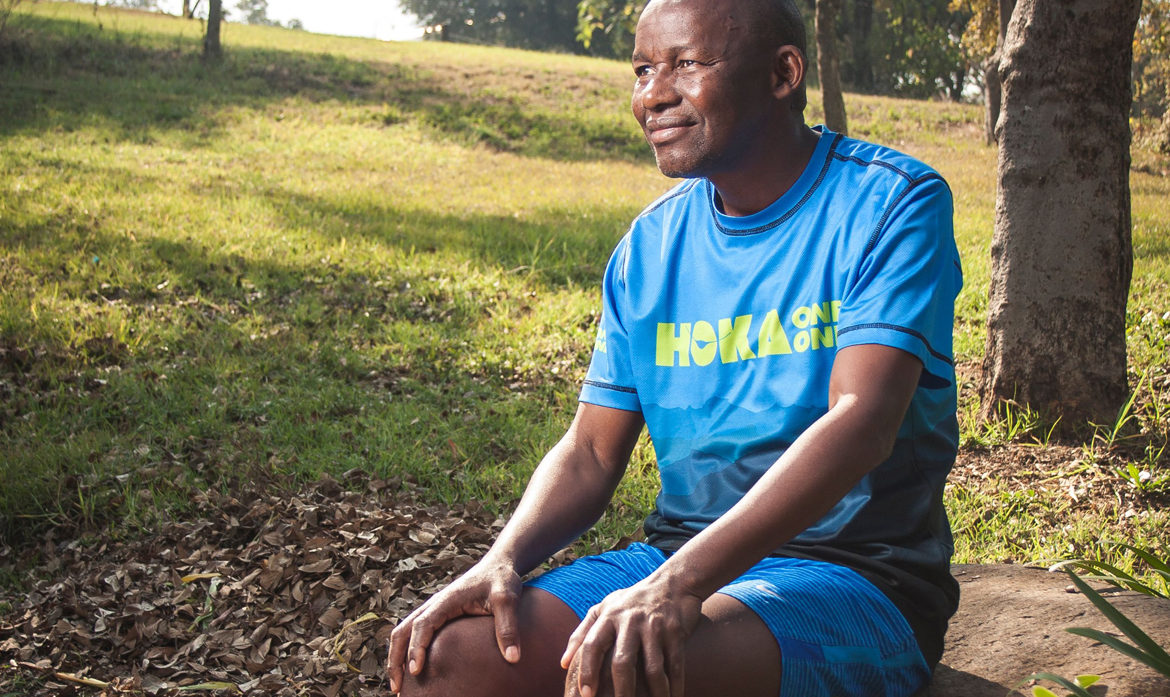 Thulani Sibisi (67) lives in Soweto, Gauteng. He is separated from his wife and has two adult children.

In December 2012, Thulani started experiencing urination problems. He explains, “It would come out in dribs and drabs and I could feel that not all the urine had come out, as it felt like I still needed to go. This became a problem at night, as I had to go to the bathroom often.”

Then one day, Thulani collapsed at work and was rushed to hospital. Blood tests, including a prostate-specific antigen (PSA) test, were done and a catheter was inserted as there was a blockage. “About 1L of urine came out once they put the catheter in.”

His PSA level was high (36,5) which led to a biopsy. It confirmed that he had Stage 3 locally advanced prostate cancer.

Due to the prostate cancer spreading, the only way to slow down the progression was for Thulani to undergo an orchidectomy (surgical removal of the testes). Thus, removing all the testosterone that feeds the cancer.

It wasn’t an easy decision for the then 60-year-old to make, but he explained that he had to choose between losing his testosterone or allow the cancer to spread. “I had to accept the changes as a man and prioritise life. I was not young anymore and sex isn’t important at my age so I don’t regret the decision I made.”

He adds that the surgery had a major impact on his well-being. “Ever since I had the operation, in July 2013, I have no strength at all. I had to stop running as I get tired too quickly. I can walk but that is all.” Oral medication (doxazosin) was also prescribed to reduce the size of his prostate which the 66-year-old still takes today, along with iron supplements.

The positive is that the cancer has not progressed. The negative comes in the form of side effects from having no testosterone; Thulani sometimes experiences dizziness, hot flushes and says he gets cold very quickly. The latter being the one he battles with the most.

After being diagnosed with prostate cancer, Thulani realised that men don’t like to speak about such matters, resulting in ignorance about a condition that is so common. “Men are not aware of screening which enables early detection. This means that many men are only diagnosed when the cancer has spread and can’t be cured. I wanted to change this and Prostate Cancer Foundation provided me with the platform.”

“My role as Vice-Chairman of the Patient Affairs Board allows me to go to events and educate men about the importance of screening and raise awareness. My involvement in marathon running has given me a high profile with the media. I do a lot of radio and television interviews and can speak to black African men in their language. This is very important as black men are at 60% higher risk for prostate cancer. We’re also able to provide encouragement to men who have been diagnosed with prostate cancer.”

Every year Prostate Cancer Foundation of South Africa encourages people to buy a Suit Up badge and to wear a suit on any day in September to help raise awareness as September is Prostate Cancer Awareness Month. This year, due to COVID-19, they are hosting a virtual charity challenge, so supporters can run, walk, cycle, swim or do an activity in a suit to help raise awareness. For more info, visit www.prostate-ca.co.za