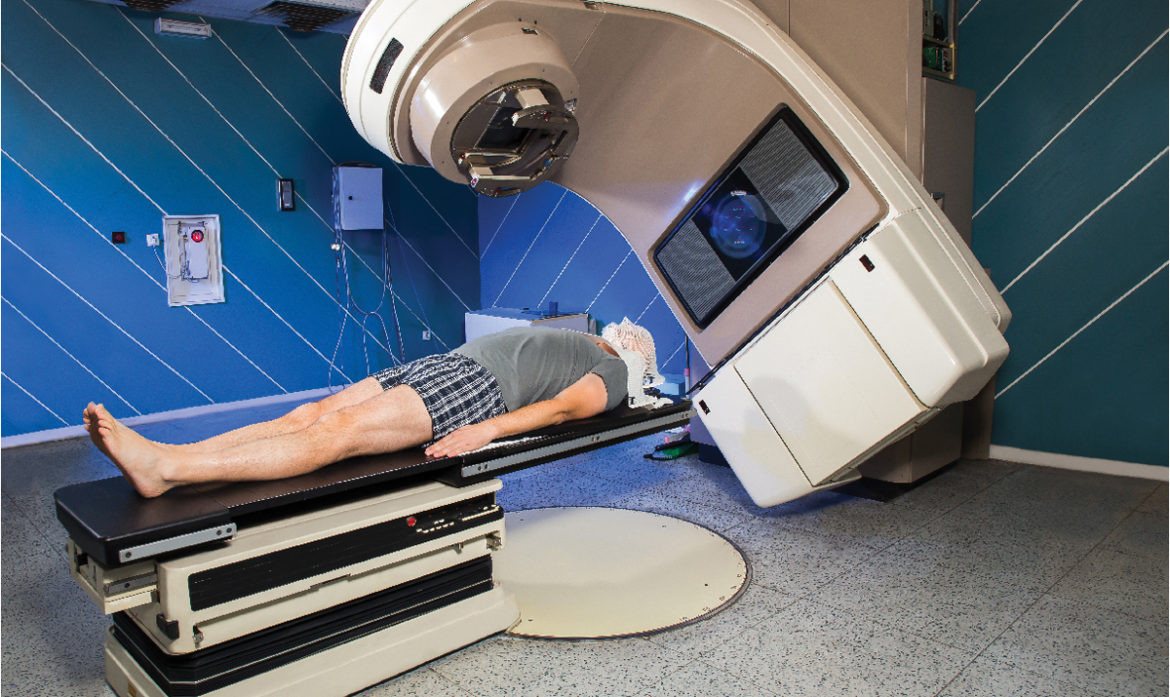 Dr Nirasha Chiranjan informs us about the new developments in radiotherapy in the treatment of brain tumours.

Radiation works at a cellular level to damage the DNA of cancer cells thereby preventing cell division and inducing death of these cells1. The duration may vary from a single treatment to daily treatment for six weeks.

Radiotherapy has evolved into an advanced modality that allows for good tumour control and quality of life whilst minimising adverse side effects. The improvement in precision and accurate radiation beam delivery is largely due to advanced imaging technology and the ability to track a tumour.

There are different radiation techniques employed in treating brain tumours: external beam radiotherapy, internal radiotherapy and stereotactic radiotherapy. Each technique is utilised according to the type of brain tumour, size, presence of distant disease, and proximity to critical structures.

IMRT is an advanced form of 3D conformal radiotherapy that uses smaller radiation beams of varying intensities to target a tumour. It conforms to the tumour shape more accurately and can deliver higher doses of radiation more effectively2-4.

Stereotactic radiotherapy is a non-invasive technique that delivers radiation in a single fraction (dose) or very limited number of fractions. It’s a very advanced, effective form of external beam radiation.

Stereotactic radiosurgery (SRS) is non-surgical and refers to a single fraction treatment of intracranial (within the brain) and spinal targets. It’s delivered by a neurosurgeon and radiation oncologist.

Immobilisation and specialised scanning techniques are imperative to achieve reproducibility and precision as well as to prevent adverse side effects. This focused technique allows radiation to be delivered to areas of the brain and spine that would be deemed inoperable5-8.

This refers to a form of external beam radiation that uses protons instead of photons to produce radiation beams. Photons are highly penetrating and have an exit dose thus irradiating more healthy tissue.

Protons, however, deliver their maximal dose at a prescribed depth known as the Bragg Peak. Proton beams can be directed so that the Bragg Peak occurs within the tumour thereby sparing normal healthy tissue. It’s a favourable treatment option for children as it may limit radiation exposure to healthy growing brain tissue. Thus, preventing secondary malignancies, developmental delays, hormonal deficiencies and effects on healthy muscle and bones. Protons can also be used for unusually shaped tumours in eloquent areas (controls function) of the brain9-11.

Dr Nirasha Chiranjan is a radiation oncologist. Her special interests are the breast, gynaecological, head and neck, and central nervous system cancers. She is based at the Life Flora Hospital, Sandton Oncology (Morningside) and Ahmed Kathrada Cancer Institute. (cancersa.co.za/nirasha)