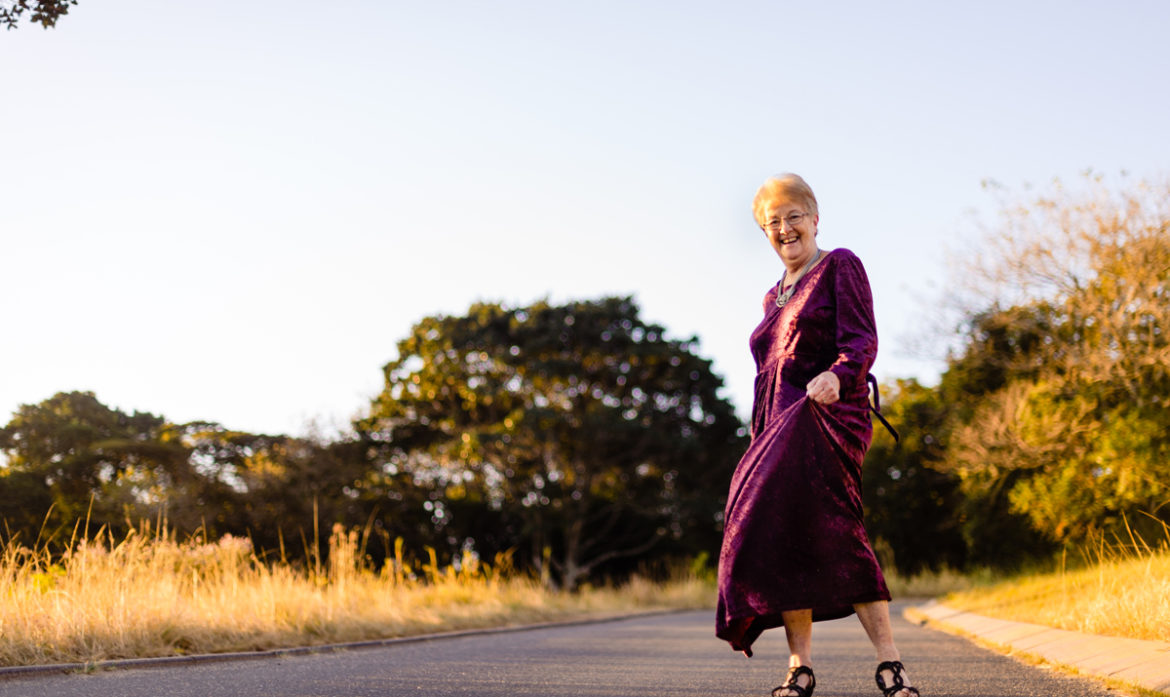 Annie Izzard was given six months to live when she was diagnosed with bladder cancer in 1987. Thirty-one years later, she is fighting fit and even completed The Comrades Marathon in 2000.

Annie Izzard (76) lives in Kloof, Kwa-Zula Natal with her husband Michael. She has two stepchildren and five granddaughters.

Annie was 45 years old when she noticed blood in her urine. The loss of blood was so bad that one day she passed out. She was rushed to the gynaecology ward at a hospital as it was thought she needed a hysterectomy.

Though after numerous tests, the real cause was found – Stage 3 cancer of the bladder. Six months was the amount of time, Annie was told, she had left to live. “Naturally, I was devastated. I was only 45 and my husband 42. I made up my mind that I was going home to him. Because if I died and he married again, I didn’t want anyone sharing his bed,” Annie explains, finding humour in the situation.

A urinary catheter was inserted, a week after she was diagnosed, to ease the excruciating pain and due to the vast amount of blood she was losing. She underwent a blood transfusion to rectify the loss. The tumour was resected endoscopically. Thereafter Annie stayed in hospital and underwent 30 radiation sessions.

Unfortunately, Annie got blisters on her buttocks. The doctor could not figure what was causing them, until he asked what medication she was on. She was on iron tablets due to the amount of blood she had lost. The reaction  from the iron and radiation caused the blisters. Annie explains, “So, after each treatment I had to go to the ward and have my bottom painted with gentian violet to help heal the burns. My husband’s reaction was ‘What is purple and glows in the dark? Annie’s bum!’”

When asked if she did anything different in those six months, Annie responds, “The first two months I was  in hospital having radiotherapy. Then I went home until I had my first check-up in January 1988. Here, it was confirmed I could go to Florida, USA to visit my father, stepmother, aunt and uncle. This we did in March 1988. So, my ‘six months’ really passed quite quickly. And, because I was determined to beat it, I didn’t count the days. Only when I was in hospital.”

Half a year went past, supposedly   the last few months of Annie’s life. Annie was doing especially well. Her doctor explained that her positive mental attitude was 90% responsible, while the remaining 10% was due to her medical team. She had check-ups every six months for two years then one check-up a year for five years. Her last check-up was in 1996.

In 1989, Michael and Annie were travelling to SA to visit family. Annie became very ill at the airport but luckily the airport doctors saw to her and she manged the flight. Unfortunately, once in SA, Annie fell ill again and landed up in Addington Hospital in Durban. She had a urinary tract infection.

Once back in Scotland, her doctor  did several examinations. It was found that her left ureter was blocked due to the high-dose of radiotherapy. This in turn was obstructing her left kidney. Annie then underwent a uretero-ureterostomy, where her left ureter was cut and joined to her right one. “So, I fire on one cylinder!” Annie jokes.

Though on a serious note, Annie was in ICU for a week and cannot remember a thing. “I lost that week in my life. Though, I made an incredible recovery and am forever grateful to Michael, family, friends, doctors and  not forgetting our Lord too,” Annie says.

Annie always enjoyed various sports, mainly tennis, netball and badminton. Though once she relocated to SA in 1991, saying this country lends itself to so many sports, she took up race walking. Twenty-five years later, she   still loves it.

Then in 2000, Mavis Hutchison, aka Galloping Grannie, trained Annie and 29 other Highway Athletic Club members for The Comrades Marathon. “That was one of the most memorable times for us all. Especially when we crossed the finish line. My time was 11hrs 58 minutes.

The 76-year-old cancer survivor is still  active in her walking club, walking three times a week: Mondays, Thursdays and Saturdays.

Changed as a person

Vulnerably, Annie admits that  before she got cancer she was extremely materialistic. “This illness taught me that people matter much more! I have taken one day at a time ever since and always look for some beauty each morning. Let it be the sunrise, flowers, birds, etc. Plus, Michael has been my pillar of strength from the word go. 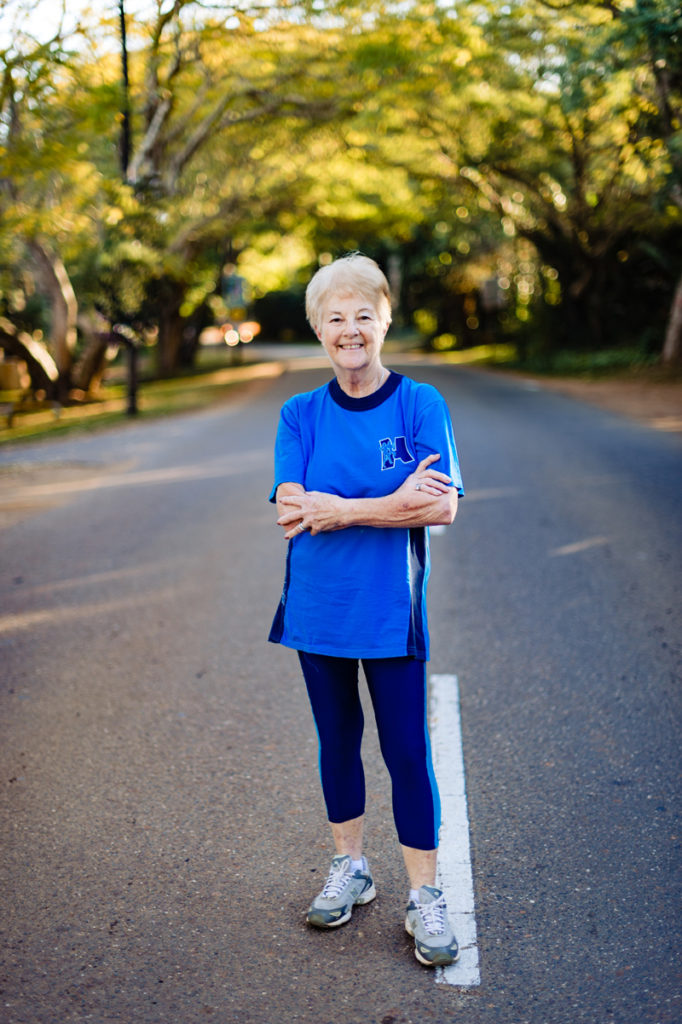 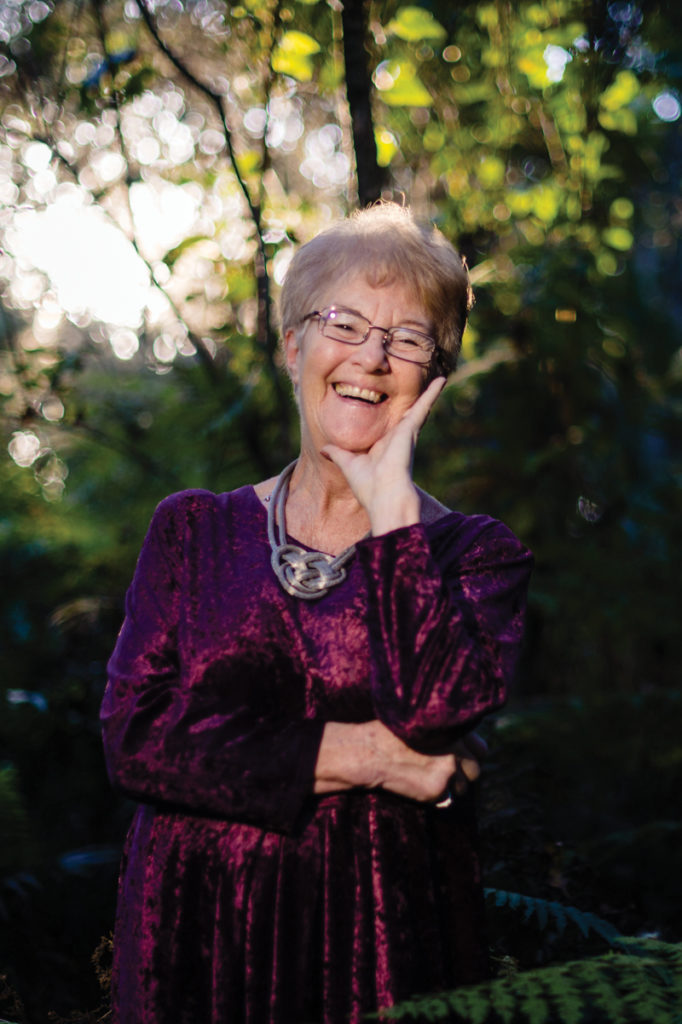 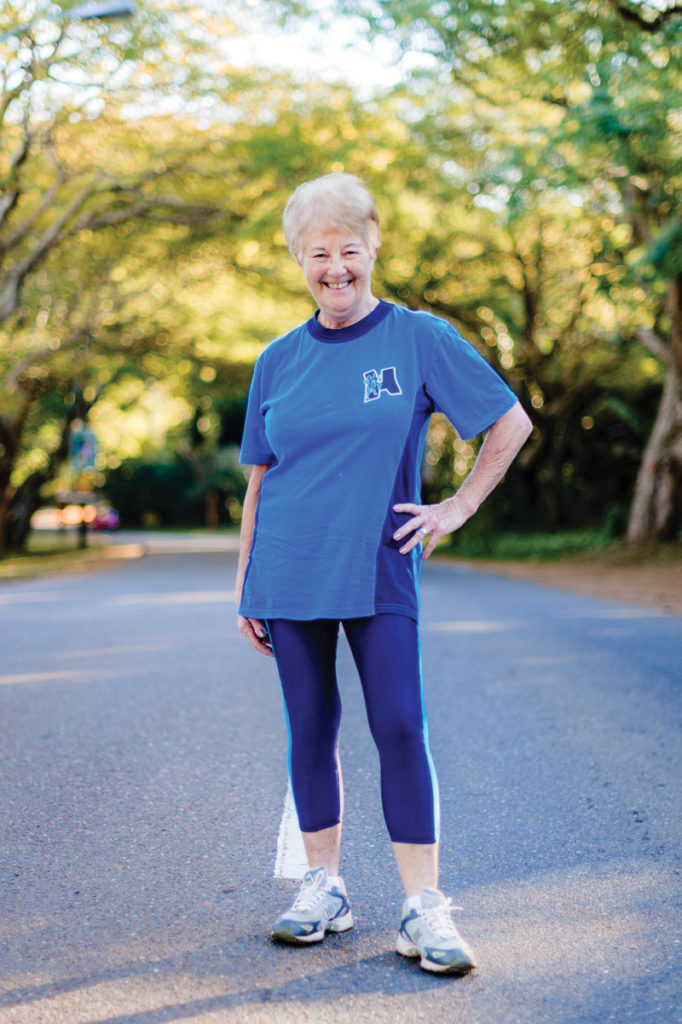 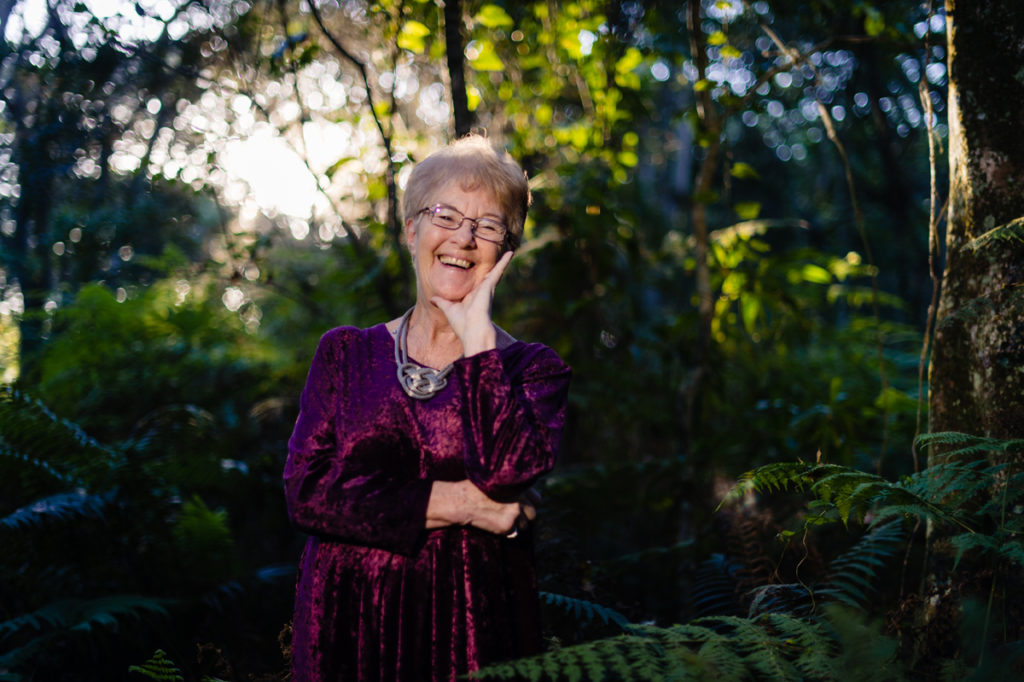 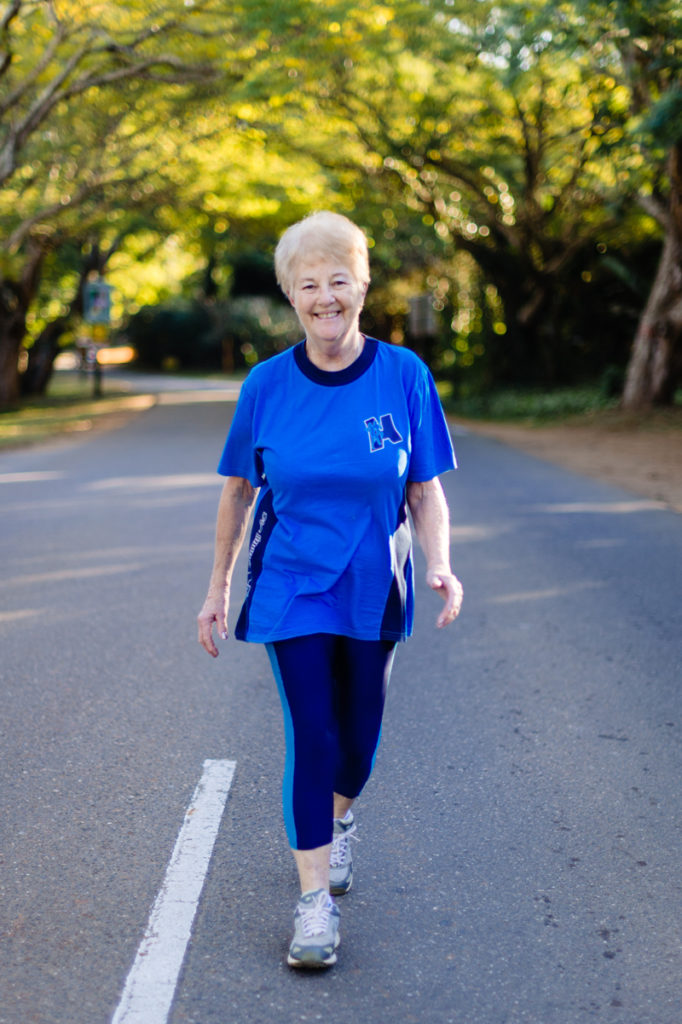