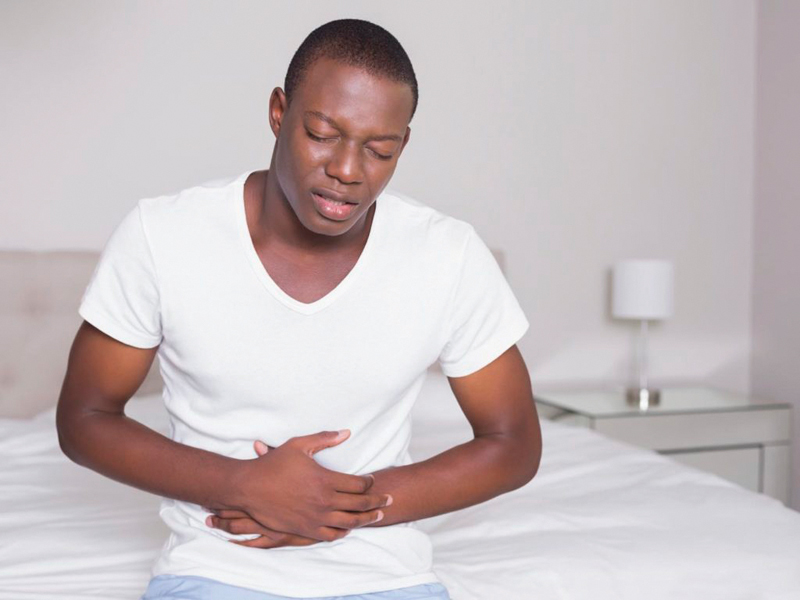 The incidence and severity of RT side effects depend upon the site, volume of tissue exposed, and treatment schedule, including total dose, dose per fraction, and type of radiation. Other risk factors for radiation-induced GI toxicity include the use of concomitant chemotherapy.

Normal oesophageal mucosa undergoes continuous cell turnover and renewal. Acute radiation oesophagitis is primarily due to effects on the basal epithelial layer. This causes a thinning  of the mucosa, which can progress to denudation (stripping). The late effects are believed to be due to inflammation and scar formation within the oesophageal musculature.

Acute effects: Dysphagia (difficulty in swallowing), odynophagia (pain on swallowing), and substernal discomfort. Symptoms usually occur within 2 to 3 weeks of initiation of RT. Patients may describe a sudden, sharp, severe chest pain radiating to the back.

Late effects: Occur within 3 months of completion of RT, with a median time to onset of 6 months.1,2 Patients often present with dysphagia secondary to stricture or altered motility caused by fibrosis/muscular damage or nerve injury or odynophagia due to chronic ulceration. Rarely patients may develop a tracheoesophageal fistula (an abnormal connection) and present with dyspnoea (difficult or laboured breathing) secondary to aspiration pneumonia.

It is managed symptomatically. Although interruption of RT is occasionally necessary because of severe symptoms; this approach may compromise treatment efficacy and should be avoided whenever possible.

Irradiation of the stomach can cause early and/or delayed toxicity. Low doses of RT can cause a decrease in gastric acid production, coagulation necrosis   of chief and parietal cells, mucosal thinning, oedema, and chronic inflammatory infiltration.2,4 Acute ulceration results from desquamation and erosion of the damaged mucosa.

Risk factors include radiation dose  and use of concurrent chemo.

Other early effects include dyspepsia, anorexia, abdominal pain, and malaise. Symptoms generally resolve within 1 to 2 weeks following completion of RT. These symptoms may be accompanied by development of acute ulceration, occurring shortly after completion of RT.6

Nausea and vomiting are generally managed with antiemetics. Patients with abdominal pain and dyspepsia should be treated with antisecretory medications, including a proton pump inhibitor. These may be helpful on a long-term basis to avoid late ulceration. Patients with severe pain may require narcotic and non-narcotic analgesics as needed. High-dose steroids decrease inflammation and assists with nausea and vomiting.

RT can cause an acute injury to the small and large intestines which develops during or shortly after treatment. The initial toxicity generally resolves within a matter of weeks, but chronic changes can develop months or years after therapy. The gastrointestinal epithelium has a high proliferative rate, making it susceptible to injury from both radiation and chemotherapy.

Acute: Symptoms include diarrhoea, abdominal pain, nausea and vomiting, anorexia, and malaise. Radiation-induced diarrhoea often appears during the third week of treatment, with reports of frequency ranging from 20 to 70%. The symptoms subside as the acute pathologic effects resolve, and typically disappear 2 to 6 weeks after the completion of RT.7

Late: These typically manifest 8 to 12 months after RT, although toxicity may not appear until years later in some cases. 2,8

Dietary modification: there does not appear to be a clear-cut diet that reliably alleviates all symptoms of chronic radiation enteritis. However, patients should be instructed to avoid foods that are high in fibre, such as fruits, vegetables and whole grains. A high-fibre diet may worsen diarrhoea and urgency.9 Patients with lactose intolerance should be advised to restrict but not eliminate dietary lactose.

Antidiarrheal agents can help improve diarrhoea, although they should not be used in patients with suspected small or large bowel obstruction.

Radiation proctitis is usually encountered following treatment of cancers of the anus, rectum, cervix, uterus, prostate, urinary bladder, and testes. Defined as epithelial damage to the rectum due to radiation that is associated with minimal or no inflammation.

In patients with acute radiation proctitis, treatment is supportive (e.g. hydration and antidiarrheals as needed).

In patients with persistent or severe bleeding due to chronic radiation proctitis, we suggest an initial trial of sucralfate enemas.

Is supportive and includes proper skin care, dietary modification in patients with faecal incontinence, pain medications, and corticosteroid suppositories. The acute RT side effects are generally self-limited and usually resolve within weeks after the end of therapy. However, treatment interruptions may be required if toxicity is severe.14,15,16

Dr Sudeshen Naidoo is a radiation oncologist, a director at de Muelenaere Oncology (Ahmed Kathrada Cancer Institute and Sandton Oncology) and the radiation oncology advisor for The Ministerial Advisory Committee on Cancer Care and Prevention in South Africa.