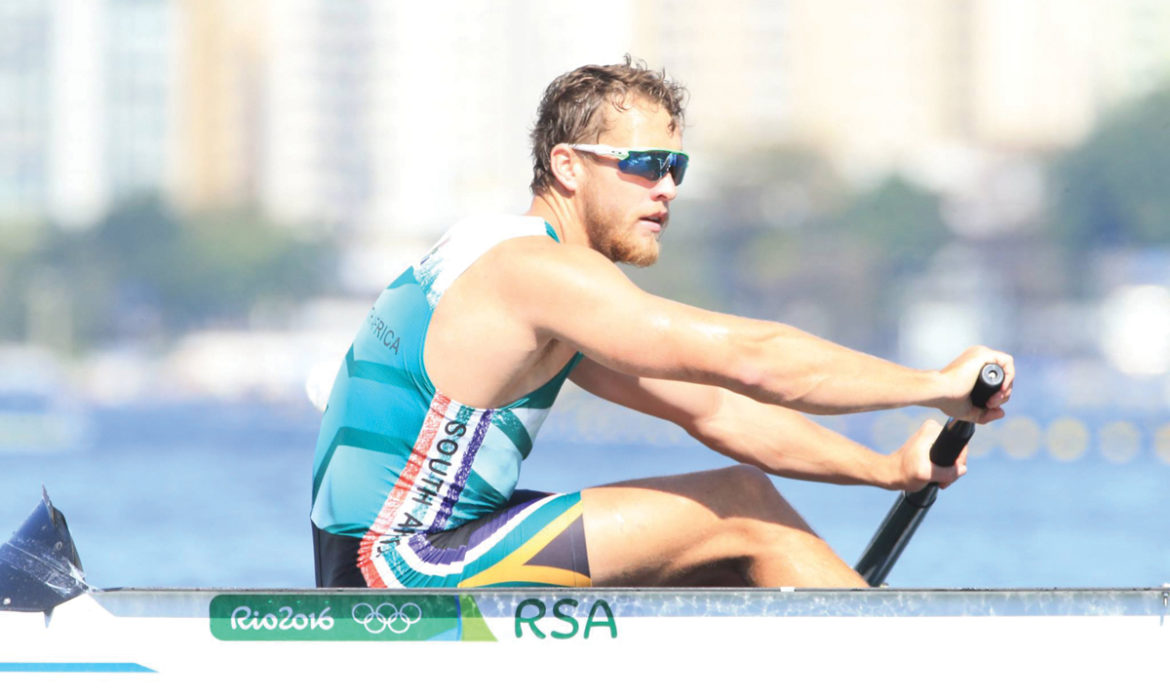 Professional rower, Lawrence Brittain, not only beat his way to a silver medal at the Rio 2016 Olympic Games, in the Men’s Coxless Pair with Shaun Keeling, but most importantly, he also beat cancer. He shares his twofold victory with us.

Lawrence Brittian (25) stays in Pretoria and is currently studying BCom Marketing at the University of Pretoria.

Lawrence couldn’t wait to start high school at Parktown Boys’ High School for one reason only – to start rowing. “My dad had been in the national team and my older brother was rowing, so I couldn’t wait to get started,” Lawrence said.

Ever since then, Lawrence put all his effort and energy in becoming the best rower he could be, and went on to win many prestigious titles such as u23 World Champion in 2010 and u23 silver medallist at World Champs in 2011. He is also an eleven time South African Champion and eight time University Boat Race Champion; added to that he has 70 caps racing in green and gold, and of course, the climax of his career so far, becoming an Olympic silver medallist.

However, if you had to ask Lawrence, at the end of 2014, if he had a future in rowing, he would have answered no. Once he was diagnosed with Hodgkin’s Lymphoma in October 2014, less than two months after he placed fifth at the World Championship in Amsterdam, he immediately thought his career was done for. “I didn’t think of rowing again until I was much healthier,” Lawrence noted.

The rower had been living with the cancer for two years prior to diagnosis; he had been struggling with fatigue and his performance dropped, however, he never once thought it could be cancer. Lawrence explained, “the reason why we (his mother is also his team doctor) didn’t pick it up, is the biggest symptom for Hodgkin’s lymphoma is fatigue, and as a professional athlete, it is my job to be tired. So when I was feeling particularly flattened after a big week, we just thought I was doing my job – training hard.”

He mostly experienced tiredness and was constantly getting the flu or a cold. “My mom was working hard to find the source of my fatigue and drop in performance, but cancer is a bit of a jump when you’re working with an athlete who is training three times a day. When we did routine bloods for the team, mine were always a little out…we were constantly trying to figure out the cause…we looked for everything; we had even checked for bilharzia and other waterborne illness, as we’re on the dam everyday. We just carried on searching for an answer, until we found it,” Lawrence explained.

Not a single stroke was rowed by the sportsman from the day he was diagnosed until he finished his treatment. He was on a treatment plan, called Escalated BEACOPP, and had six cycles, each three weeks long, which lasted five months. “The treatment cycles were really hectic, especially the last two, I think my body was right on the limit by then, and I really suffered through those last six weeks of chemo,” he said.

During treatment, walking up a fight of stairs completely crush the young rower, but it was through this period that Lawrence realised the truth of the saying: You never know how strong you are, until being strong is the only choice you have. “Just having to deal with the cancer and the treatment made me stronger, but also trying to compete at the highest level, whilst I was so sick (and not knowing), really taught me how to be hardcore and train in order to win an Olympic medal.”

In March 2015, Lawrence hit the water again and did what he does best – row, and with his new-found strength and focus, he went on to make history with Shaun Keeling winning a silver medal at the 2016 Rio Olympics. “It is really hard to describe, I have dreamed about standing on the Olympic podium ever since I was a little boy, and it managed to out do all that expectation. So it really was better than I could have ever imagined, it is just amazing!”

So how does one go from not even being able to walk up stairs to becoming an Olympic medallist? Obviously, with a good treatment plan, but continuous support also played a major role. “My family, friends and girlfriend were so encouraging. You need to have strong positive people around you, so they can pick you up and push you on, when you’re struggling, but that is for life in general, not only cancer,” Lawrence said. “As a cancer patient, you need to stay strong; cancer kills your body, don’t let it beat your mind.”

Lawrence believes he hasn’t reached his peak in his rowing career yet, so he will be focusing on seeing where that peak is, and reaching it, and we can’t wait to see the outcome.

“As a cancer patient, you need to stay strong; cancer kills your body, don’t let it beat your mind.”

What is Hodgkin’s lymphoma? It is a cancer of the lymphatic system. The lymphatic system forms part of the immune system. It contains specialised white blood cells called lymphocytes that help protect the body from infection and disease. Hodgkin’s lymphoma arises when developing lymphocytes undergo a malignant change, and multiply in an uncontrolled way. These abnormal lymphocytes, called lymphoma cells, form collections of cancer cells called tumours, in lymph nodes and other parts of the body. Hodgkin’s lymphoma is distinguished from all other types of lymphoma because of the presence of a special kind of cancer cell, called a Reed- Sternberg cell.