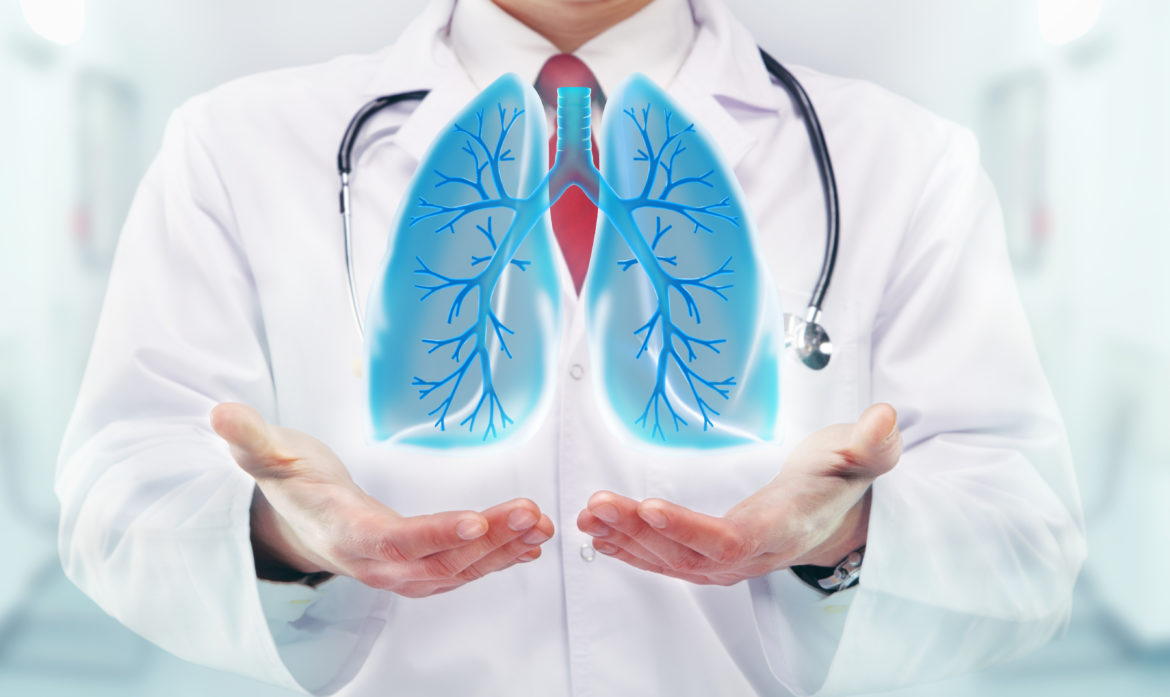 Lung cancer is the leading cause of cancer death worldwide, ranking number one for both sexes.

Lung cancer can be broadly divided into two categories: non-small cell lung cancer (NSCLC) and small cell lung cancer. According to the American Cancer Society (http://www.cancer. org/cancer/lungcancer), non-small-cell lung cancer (NSCLC) accounts for 85- 90% of lung cancers while small cell lung cancer accounts for 10-15% of all lung cancers. NSCLC has three major subtypes: squamous cell carcinoma (25- 30%), adenocarcinoma (40%), and large cell carcinoma (10-15%). The majority of lung cancer is related to tobacco smoking, but 10-15% of lung cancers occur in lifelong never smokers1. Adenocarcinoma currently accounts for approximately 39% of all cases of NSCLC in smokers, 35% in never smokers. Squamous cell carcinoma accounts for 42% of NSCLC in smokers and 33% in never smokers.2 Never smokers have been estimated to constitute about 30-40% of all lung cancer patients in East Asian countries, such as China, Japan and Korea. Lung cancer in never smokers causes approximately 300,000 deaths per year and ranked number seven, ahead of cancer of the cervix, pancreas or prostate.3,4 What causes lung cancer in NEVER SMOKERS? Asbestos, radon, outdoor air pollution, indoor air pollution from biofuels cooking are all known risk factors. The specialised cancer agency of the World Health Organisation, the International Agency for Research on Cancer (IARC), announced in 2013 that it has classified outdoor air pollution and particulate matter as carcinogenic to humans and estimated that fine particulate matter cause about 16% of lung cancer deaths. (http://www.who. int/gho/phe/outdoor_air_pollution/en) The most important findings, which lead to the success of targeted treatment, are single mutations within the lung cancer (often in never-smokers and adenocarcinoma), such as EGFR mutations and ALK mutation. The discovery of these mutations and the corresponding tyrosine kinase inhibitors (TKIs) treatment has transformed the treatment of lung cancer for the past 6-7 years. How effective are these EGFR TKIs compared to chemotherapy? Better response: Treating EGFR mutation positive lung cancer with targeted treatments (EGFR TKIs) such as erlotinib or gefitinib is associated with high response rate (60- 80%) as well as improvement in survival when compared with standard chemotherapy.5,6 Bear in mind that EGFR TKIs only works if EGFR mutation is positive. That is where “targeted treatment” got its name from, because it aims for a specific mutation in the cancer genome. Mild toxicities: Toxicities associated with EGFR TKIs are very favourable and different from chemotherapy. EGFR TKIs are now the preferred option for first- and subsequent-lines of treatment for EGFR mutation positive lung cancer and is incorporated into many international guidelines. Greater survival: Survival of patients on EGFR TKIs often exceeds chemotherapy. Survival on standard chemotherapy for stage 4 lung cancer is often on average 12 months. Survival on EGFR TKIs for stage 4 EGFR mutation positive lung cancer is on average 3.5 years!7 Therefore, it is very important to identify patients whose tumours harbour EGFR mutations. How to identify and look for these patients who may have EGFR mutations? 1. Smoking status – Never smokers (life time cigarette smoking < 100 cigarettes) and very light smokers. The less cigarettes you smoke, the higher the chances of having EGFR mutations. 2. Histology of the lung cancer – NSCLC, non-squamous subtypes tend to have more EGFR mutations than the squamous subtype. 3. East Asians (Chinese, Koreans, Japanese) – the incidence can be up to 50%. What is the general incidence of EGFR mutations in nonsquamous, NSCLC in the western world and in South Africa? In western countries, the incidence of EGFR mutation in lung cancer is estimated to be approximately 10-15%8. In South Africa, the incidence and patterns of EGFR mutation in lung cancer is largely unknown. However, the estimated EGFR mutation rate in South African lung cancer patients is 22% in a selected population, focusing on never smokers and adenocarcinoma.9 What is the chance of survival for stage 4 lung cancer WITHOUT EGFR mutations or ALK mutation? That depends on the treatments, where a successful first treatment is paramount: 1. Standard chemotherapy – overall survival 8-12 months. 2. Standard chemotherapy plus maintenance chemotherapy or bevacizumab (anti-VEGF) – improving survival to approximately 12-18 months. 3. Standard chemotherapy plus PARP inhibitor – only accessible via clinical trials at present, more efficacious in squamous cell subtype and in smokers, with the preliminary results showing a modest advantage over chemotherapy alone. 4. Immunotherapy – rapidly under development. Anti-PD1 agents are accessible via clinical trials and compassionate programmes. Results from second- and third-line studies (KEYNOTE-001, CHECKMATE-017 and CHECKMATE-057) showed longer and LASTING survival and less toxicities than chemotherapy from these anti-PD1 immunotherapies. There seems to be greater efficacy for the squamous cell subtype, and for those cancer with higher PD-L1 expression. Overall survival follow up has been short due to the new developments, but it ranges from 30-60% of patients surviving over two years. What is the best way to prevent lung cancer? Up to 90% of lung cancers are caused by cigarettes smoking. Therefore, it is a no brainer to STOP SMOKING. There are many effective ways to quit smoking, I would suggest visiting the Smokenders website (http://www. smokenders.co.za). Is electronic cigarettes safe? Probably NOT. There is no data on long term effects on electronic cigarettes and not enough testing on the vapour to assess if it is carcinogenic or not. Finally, considering lung cancer being the number one killer of all cancers, more awareness is necessary. If you experience prolonged unexplained coughing and weight loss, it would be best to ask your doctor to investigate further and to exclude lung cancer. *EGFR – Epidermal Growth Factor Receptor.

Dr Sze Wai Chan is a medical oncologist at Sandton Oncology Centre. Her major interest is in the latest developments in cancer treatment. She is also involved in clinical research both locally and internationally.