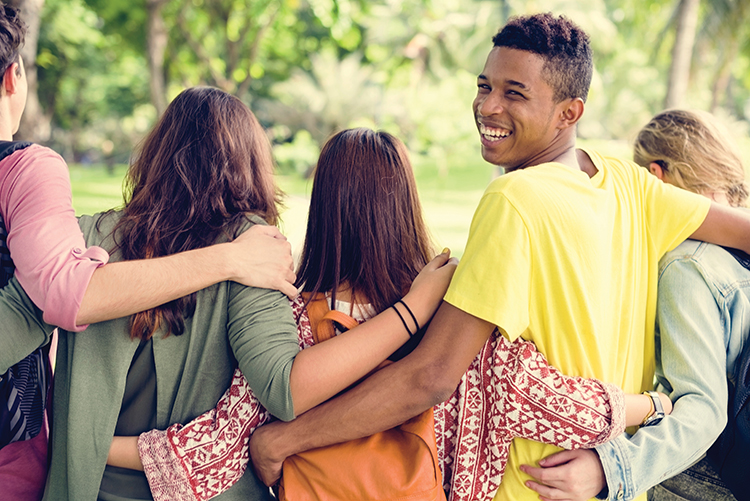 The incidence of cancer is rising among adolescents; the cause of the increase is unknown. Annually approximately 5000-6000 adolescents are diagnosed with cancer each year in the US, with 500-600 adolescent deaths. Cancer SEER data revealed an increase of 0.67% for males and 0.62% for females during the period 1975 through 2012, resulting in more than a 25% increase over 38 years. Cancer is the fourth leading cause of death in adolescents. This data is lacking in SA.

According to the SEER Cancer Statistics Review, during 2008 and 2012 the incidence rate among adolescents for all sites combined was 22.9 per 100,000 for males and 21.3 for females. Cancer survival rates are slightly higher in girls than in boys. Overall, about 90% of girls are still alive five years after being diagnosed with cancer, compared to about 83% of boys.

Let’s look at the most frequently diagnosed cancers among adolescents (males and females combined).

Lymphomas are cancers that start in the immune system. They most often start in lymph nodes or in other lymph tissues, like the tonsils or thymus (a small organ in front of the heart). They can also affect the bone marrow and other organs.

Symptoms depend on where the cancer starts and can include weight loss, fever, sweats, tiredness, and lumps (swollen lymph nodes) under the skin in the neck, armpit, or groin.

The two main types of lymphoma are Hodgkin lymphoma (HL) and non-Hodgkin lymphoma (NHL). Both types occur in adolescents. HL is most common in two age groups: early adulthood (ages 15 to 40, but usually people in their 20s) and late adulthood (after age 55). This type of cancer is similar in all age groups, including which types of treatment work best.

NHL is less common than HL in adolescents, but the risk of NHL goes up as people get older. There are many types of NHL. Some of the types seen more often in adolescents tend to grow quickly and require intense treatment, but they also tend to respond better to treatment than NHL in older adults.

This is cancer of the bone marrow and blood and are the most common cancers in children, but they can occur at any age.

Leukaemia in adolescents is usually of the acute type, such as acute lymphoblastic leukaemia (ALL) and acute myeloid leukaemia (AML).

Leukaemia presents with fatigue, pallor, bleeding or bruising, fever, weight loss, bone and joint pain. Acute leukaemia grows quickly and must be treated as an emergency.

The risk increases with age, but thyroid cancer is found more often in younger people than most other adult cancers, more commonly in young women than in young men.

The most common symptom is a lump in the front of the neck. Patients may also experience pain on swallowing, laboured breathing, and voice changes. The chance of cure is usually very good.

There are many types of brain and spinal cord tumours, and the treatment and outlook for each is different. In children, most brain tumours start in the lower parts of the brain, such as the cerebellum or brain stem. Tumours in adolescents can occur in both these areas and the cerebrum. Tumours of the spinal cord are less common than brain tumours in all age groups.

Testicular cancer is seen in young men. Almost 50% of testicular cancers occur in men between the ages of 20 and 34, but it can occur at any age, including in adolescents.

The first symptom is a lump on the testicle, and some may be painful. The testicle becomes swollen or larger. It’s important to have any lumps checked by a doctor as soon as possible. The outcome is very good if diagnosed early.

Sarcomas start in connective tissues, such as muscles, bones, or fat cells. These may develop at any age, but more often in older children and adolescents. Osteosarcoma and Ewing’s sarcoma are the two most common bone tumours. They present with bone pain, a lump or bump in the bone and swelling. Osteosarcoma often occurs in areas of rapid bone growth (near the ends of the leg or arm bones). Ewing’s sarcoma may start in hip bones, chest wall (ribs or shoulder blades), or in the middle of the leg bones.

Soft tissue sarcomas can start in any part of the body, but often occur in the arms. Rhabdomyosarcoma, a cancer of skeletal muscles, is most common in children younger than 10, but it can also develop in adolescents and adults. Symptoms depend on where it starts, and can include painful lumps, swelling, or bowel and genitourinary problems.

Melanomas are more likely to occur in older adults but may occur in those younger than 30, especially the familial type. The most important warning sign is a new spot on the skin or a spot that’s changing in size, shape, or colour.

The chance of cure is often very good if it’s found and treated early. But if left alone, it can often grow and spread quickly, which can make it much harder to treat.

Early ovarian cancer usually doesn’t cause symptoms, but some adolescents and young women might feel full quickly when eating or have abnormal bloating, belly pain, or urinary symptoms. If such symptoms last more than a few weeks, they should be checked by a doctor.

Adolescents can be challenging as patients, they may place a higher priority on other aspects of their lives rather than the cancer, resulting in delays in diagnosis and treatment. This might be out of a misunderstanding of the seriousness of the cancer, resentment over having to deal with it, or even fear of the unknown. Adolescence is about establishing identities and developing social, emotional, and financial independence.

Many emotional concerns can come up both during and after treatment, such as physical changes (hair loss, weight gain or loss, scars from surgery), concern about a cancer relapse, more reliance on parents, poor acceptance by peers, discrimination, and relationships. Some survivors may have a harder time recovering, adjusting to life after cancer, and moving on.

Different cancers have different risk factors. In older adults, many cancers are linked to lifestyle-related factors (smoking, obesity, diet, alcohol). Environmental exposures (radon, air pollution, asbestos, or radiation during medical tests or procedures) may also contribute to some adult cancers. These risk factors usually take many years to influence cancer risk, so they aren’t thought to play much of a role in cancers in children or adolescents.

Gene mutations result in cancer. Genes, which are made of DNA, control nearly everything our cells do. Some genes affect when our cells grow, divide into new cells, and die. Changes in these genes can cause cells to grow out of control, which can sometimes lead to cancer.

Some people inherit gene mutations from a parent that increases their risk of certain cancers. In people who inherit such a mutation, this can sometimes lead to cancer earlier in life than would normally be expected. But few cancers are due to inherited genes.

Some of the known causes of adolescent cancers are exposure to ultra-violet light, prior treatment with chemotherapy or radiation, and infection with HIV.

Some vaccines might lower a person’s risk of getting cancer (vaccine to prevent infection with human papillomavirus, which are linked to cervical and five other cancers). Even though these cancers are more likely to develop later in life, these vaccines work best if they are given between age nine and 12. Children and young adults should receive the HPV vaccine. Vaccines against hepatitis B virus infection also prevent cancers linked to hepatitis B.

Cancers are often found later (at a more advanced stage) in adolescents than in other age groups. Certain factors may contribute to this: most adolescents are healthy and may not seek medical help unless necessary (especially true for young men). This is a time of growing independence, establishing their own identity and lifestyle, spending time with friends, dating, working, or studying are often higher priority.

There are no widely recommended screening tests to look for cancer in people in this age group who aren’t at increased risk. Some have a higher risk of developing a type of cancer because of a strong family history or because they’ve inherited a specific gene mutation, for example, melanoma, colorectal, or thyroid cancers. These people may need careful, regular tests starting at an early age to look for signs of cancer.

Late and long-term effects of cancer treatment on adolescents

Cancer survivors may be at risk for long-term effects from the cancer or its treatment. The risks depend on a few factors, such as: type of cancer, types and doses of treatments used, and age during treatment.

It’s recommended that adolescent cancers are treated by paediatric oncologists.