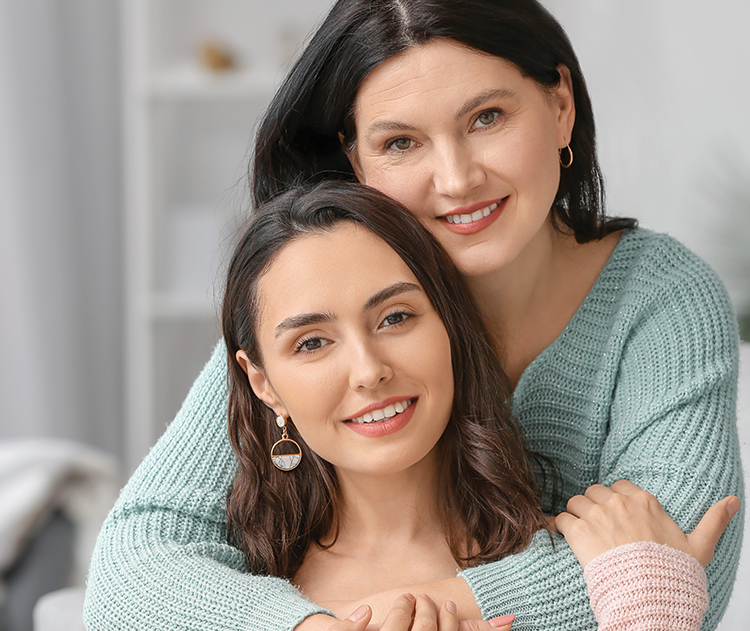 We hear how 18-year-old Lucy* underwent fertility preservation after being diagnosed with dysgerminoma of the right ovary when she was 15, under the advice of her mother.

Lucy (18) stays in Johannesburg, Gauteng with her parents. She is currently in her Matric year.

Dysgerminoma of the right ovary

In July 2019, 15-year-old Lucy noticing a swelling in her stomach. She thought she was bloated but by September it was even more swollen and getting bigger. Lucy’s mom took her to a GP as they thought maybe her appendix was inflamed. The GP agreed saying it could be the appendix and referred her to another doctor.

“This doctor told me I was pregnant. I was so confused as I knew I wasn’t. I remember my mom telling me, ‘It’s okay if you are, we just need to find out what is wrong with you.’ I promised her that I wasn’t. This doctor seemed adamant to prove that I was so he did an ultrasound and that is when they saw the 1,6 kg mass. I had more scans done, as with the ultrasound nothing much could be seen as the mass was covering everything. I was then sent to a gynaecologist,” Lucy recalls.

Lucy underwent surgery in October where the mass and right ovary were removed as the mass had enveloped the ovary. After testing the tumour, it was confirmed that the 15-year-old has Stage 3B dysgerminoma of the right ovary.

Chemotherapy began in late October and continued to January 2020. Once it was done, Lucy and her mom were told that she would need to check her egg reserve as she now only has one ovary and the chemotherapy could also have affected the reserve. Plus, she would more than likely go through menopause at an early age.

At the time, Lucy didn’t think much of it and saw it as another procedure she had to go through. However, her mom, thought it was essential. “We were informed that her egg reserve could run out in her mid-twenties and I didn’t want her to be under that pressure when she is trying to study and get her life on the go. Plus, I’m aware of the heartache that people have when they can’t have a baby so I want her to have an option if she wants to have a baby later on in life.” Lucy’s mom says.

Lucy and her mom waited a year after chemo before they went to see a reproductive medicine specialist, to ensure she was in the all-clear.

“A blood test was taken to see my egg reserve and it came back quite low. Then we started the procedure to retrieve some of my eggs. I had to have injections for a couple of weeks to stimulate the growth of my eggs and once they had matured, they were removed in a day procedure. Eight viable eggs were retrieved and frozen,” Lucy says.

Lucy will be going for another round of egg retrieval this August as it was advised to have more than 12 eggs (they are hoping to get another eight viable eggs) as some may not survive the freezing and thawing process.

Apart from becoming more emotional due to the flare up of hormones, Lucy says the procedure wasn’t too severe.

Lucy’s mom said it was a fight with the medical aid to cover the cost of the egg retrieval process. “The reproductive medicine specialist wrote motivational letters as to why it should be covered and I was constantly in communication with them. There was a surplus amount left in the oncology benefit that could have covered it but they wouldn’t budge. In the end, I paid around R70 000 for the procedure out of my own pocket. The good news though is in the end, we were refunded R30 000 from our medical aid for the procedure and we are trusting the next round will be covered.”

It’s thanks to the great work of The Southern African Society of Reproductive Medicine and Gynaecological Endoscopy (SASREG) and The Infertility Awareness Association of South Africa (IFAASA) that Discovery now offers cover for assisted reproductive technology (ART) on their Comprehensive and Executive Plans (T&Cs apply).

Lucy is grateful to her mom for making this decision for her when it was the last thing on her mind and list of priorities. If Lucy wants to fall pregnant, she would have to undergo in vitro fertilisation.

*Not her real name.