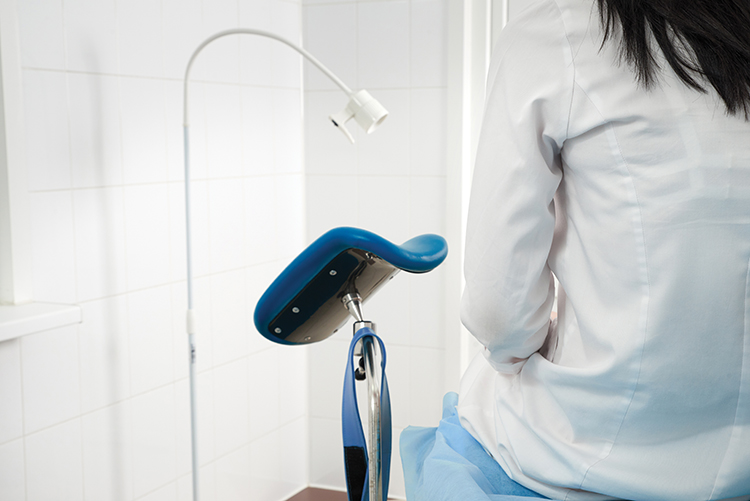 What is a cone biopsy?

Gynaecologist, Dr Sumayya Ebrahim, details what a cone biopsy is and why this special cervical biopsy is needed.

A biopsy of the cervix is advised generally when a Pap smear detects abnormal cells. Because a Pap smear is only a screening test, a biopsy gives more accurate information regarding the extent of the abnormality.

A cervical biopsy is usually done in conjunction with a colposcopy (using a microscope and special stains to examine the cervix). This information will then inform decisions about further treatment.

Punch biopsy – This is usually done with a colposcopy. The instrument used to remove a sample of tissue is biopsy forceps. Multiple biopsies can be done on different areas of the cervix using this method.

Endocervical biopsy – A narrow instrument, called a curette, is used to scrape a sample from the part of the cervix called the endocervical canal.

Cone biopsy – This involves removing a more extensive part of the cervix. It’s in the shape of a cone or triangular wedge as in the diagram to the right.

When is a cone biopsy needed?

A cone biopsy can be done for diagnostic or therapeutic indications.

The sample of tissue removed can be done with: 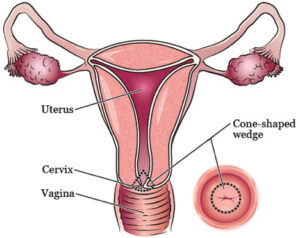 The healing and scar tissue that can result after a cone biopsy may make it difficult in future to identify abnormal tissue. This may become a challenge especially when continued monitoring is necessary.

Dr Sumayya Ebrahim is a gynaecologist in private practice in Johannesburg. She is also a blogger. Check out her blog Vaginations by Dr E on vaginations.co.za