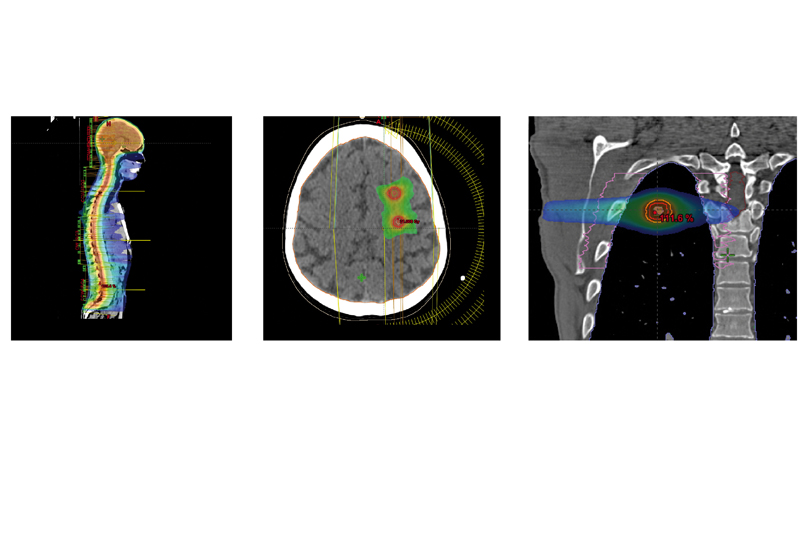 The landscape of radiotherapy is changing rapidly and the many innovative developments are making this an exciting field of medicine. Dr Mariza Tunmer, a specialist radiation oncologist, tells us more.

As technology is improving across all aspects of medicine, radiotherapy (RT) too is advancing in numerous ways. Wilhelm Röntgen was the first to discover electromagnetic radiation in 1895.

Around the same time, Marie Curie and her husband, Pierre, discovered the radioactive decay of certain elements. Over the next decades, the cancer-treating properties of irradiation were discovered and described, and the scientific discipline of radiotherapy was born.

In more recent times, innovative technologies have been revolutionising radiotherapy treatment. This had led to improvements in cancer treatment outcomes.

One aspect of radiotherapy that has been improving over time has been the ability to better shape or “conform” the radiotherapy beam. Hence allowing for dose escalation to the target (usually a cancer) while better sparing surrounding normal tissues to limit side effects as much as possible.

For many decades, only 2D radiotherapy techniques were available. This treatment is based on X-ray images of a patient’s bony landmarks and doesn’t allow for much sparing of normal tissues.

When the CT scanner was invented, 3D conformal radiotherapy came about. This allows for treatment to be planned based on CT images. The computer software system generates a RT plan, based on the electron densities of different tissues.

These days we also have other techniques like IMRT. This technique results in different areas within the irradiated tissue receiving different doses of RT. A good example is a patient with head and neck cancer requiring different doses to different areas. The primary tumour may require the highest dose of RT, while some lymph nodes receive a lower dose and at the same time the beam is shaped around the normal organs as much as possible.

With IMRT, the process is sophisticated enough to achieve these different dose levels at the same time, within the same daily treatment or fraction.

There are various techniques that may be employed to achieve IMRT. For example, a static technique usually involves the RT unit moving to predetermined angles around the patient and then delivering parts of the dose at different points.

VMAT is via a dynamic technique, whereby the dose is delivered in real-time as the unit rotates around the patient.

This treatment may be used when there are a limited number of relatively small tumours, typically one to five. Sites commonly treated include the brain, lung, liver and bone.

SRT is being used for certain benign conditions, such as brain tumours like meningiomas and pituitary adenomas, as well as for certain functional neurological disorders, such as trigeminal neuralgia, or tremors resistant to other treatments.

When high doses are delivered, it’s imperative to ensure accuracy and reproducibility of treatment to prevent the potentially devastating effects of ‘missing the tumour’ and, in turn, irradiating normal tissues to high doses, which could potentially result in serious and even life-threatening side effects.

Advanced technologies are employed. For example, to reduce the effect that a normal physiological process, such as breathing, has on the ability to deliver the treatment. Special devices which aid immobilisation and limit movement are used, such as customised masks and body casts.

Extremely sophisticated computer software is also required to produce and deliver complicated radiotherapy plans. A dedicated team of highly-skilled staff need to work together to deliver radiotherapy safely and accurately.

Radiotherapy is an important modality used to treat many cancer patients, and advanced technologies are revolutionising its applications, allowing for improved cancer outcomes while working towards reducing side effects.