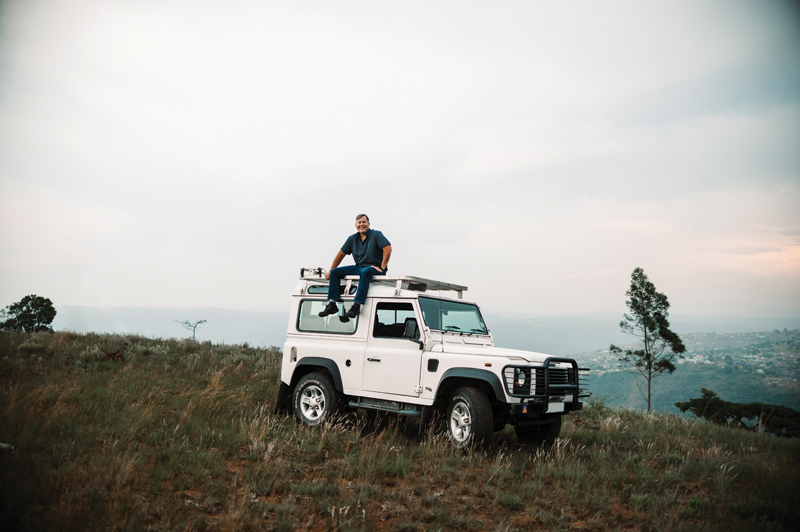 On top of the world – Lance Bainbridge

Lance Bainbridge tells us about the gifts that stomach cancer gave him and how he rediscovered his passion for surfing and playing guitar after he beat it.

Not many people will associate cancer as a giving disease, yet Lance feels that his cancer has given him many gifts. He says, “My faith in God has always been a big part of my life since I first became a Christian as a teenager. However, when I was confronted with my mortality by cancer, the gift that cancer gave me was that God drew close to me in a very real way. When I was at my lowest, God was alongside me, helping me and giving me strength. Isaiah 40:31, ‘But they who wait for the Lord shall renew their strength; they shall mount up with wings like eagles’ was often a thought in my mind.”

“Another gift was having the incredible love and support, especially from my amazing wife who literally carried me through. The prayers and support from my friends were amazing.

I would say that a huge gift has been a second chance at life and being able to be there for my children, to love them and help them as they grow. They could have so easily been left without a father.”

“I hadn’t played the guitar since I was a teenager and that is something that has taken off in my life in a huge way. I am rejoicing in the rediscovered passion of playing guitar. Now I have an acoustic guitar, two electric guitars and a bass guitar.”

“Then one day when I was having chemo and was quite incapable of doing anything more than a gentle walk, I suddenly got a hankering to start surfing again. Something I hadn’t tried since I was at school. As soon as I was strong enough, I bought a surfboard that was age and size appropriate. I now surf with my boys every chance I get.”

Being an avid sportsman, Lance spent a lot of his time cycling, let it be mountain biking or road bike racing. But, every time he went out for a ride, he got heartburn. “I did a triathlon less than two weeks before I was diagnosed in 2015. I was just popping Rennie tablets all the time. Then my wife and brother, Mark, who is an anaesthetist, convinced me to get it checked out. Other than the heartburn, I was fit as a fiddle although I did lose about 3kg, which was suspicious.”

An endoscopy (non-surgical procedure used to examine a person’s digestive track) was performed which confirmed that there was an ectopic pancreatic adenocarcinoma in Lance’s stomach.

“During my development from an embryo, some pancreas cells, known

as rest cells, formed in the wall of my stomach rather than in the pancreas itself. Those cells turned into a malignant carcinoma, ectopic pancreatic adenocarcinoma, which is apparently a very rare condition with only 30 odd cases worldwide ever having been diagnosed,” Lance explains.

“I think the fact that this kind of pancreatic cancer was contained by being encapsulated in the wall of my stomach delayed the rapid spread through my body which is what pancreatic cancers usually do.

I am so grateful for the early diagnosis and aggressive treatment from my medical team, which is why I am still alive today.”

Then a gastrectomy, removing the lower half of Lance’s stomach, was performed. The father of four then underwent five weeks of five days per week radiation and six months of Gemcitabine chemotherapy, once a week.

Side effects from treatment

Lance found chemotherapy relatively easy to cope with and enjoyed the comradery of going through this journey with other cancer patients and the great nurses. Though, he admits that he found radiation particularly challenging.

“Radiation of my stomach area caused inflammation and swelling which made eating difficult. I was only able to eat food with no lumps of meat and very few vegetables as I could not digest them. When I did eat food with lumps, it caused discomfort and pain.

I was again living on omeprazole and Gaviscon. I was amazed that this took the best part of four years to subside, even though the radiation was only for five weeks and the chemotherapy for six months.

Due to the radiation, there was a big change in Lance’s diet. “It was not that I was told that I couldn’t eat things specifically but as said before, I very quickly worked out what was off limits. Initially, I was only able to eat ice cream and chicken soup. Alcohol was soon ruled out, especially beer because of the bubbles. Wine and whiskey also rapidly fell away because they made me feel unwell and caused quite intense stomach pain.”

“My meal sizes shrank to a handful and almost everything had to be minced or mashed very fine. Steak, chicken cubes and anything substantial, even vegetables quickly became inedible! However, four years later I’m able to eat almost anything again. Regretfully, my waistline bears witness.”

Lance is doing well. He is back partaking in mountain bike racing, and even triathlons. He and Jane celebrated their 25th wedding anniversary this year at Victoria Falls, in Zimbabwe. Jane also spoilt him by buying him an old short-wheelbase Land Rover for his 50th birthday. According to Lance, this is his best present of all. 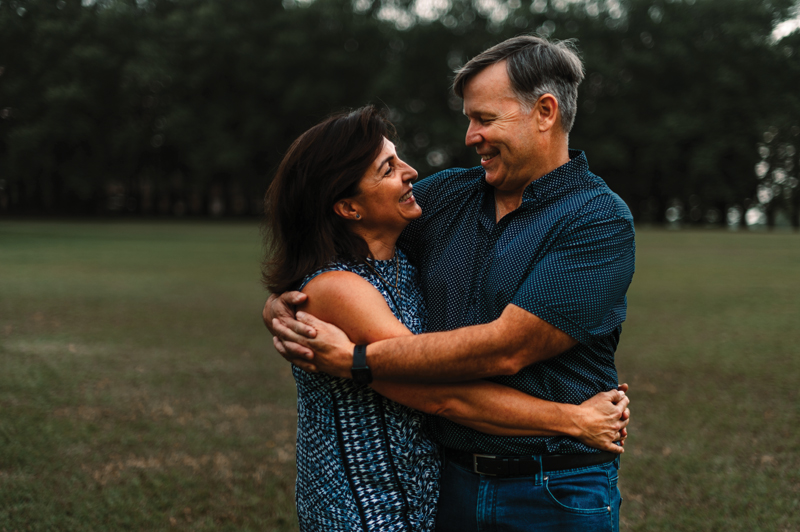 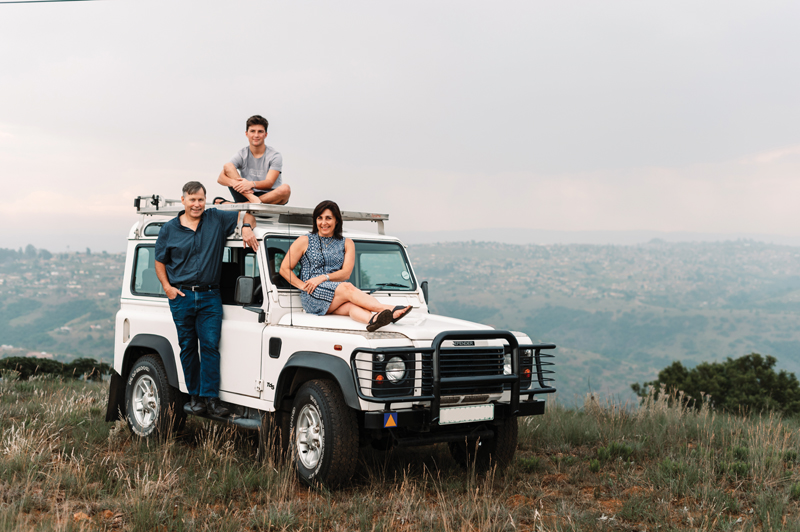 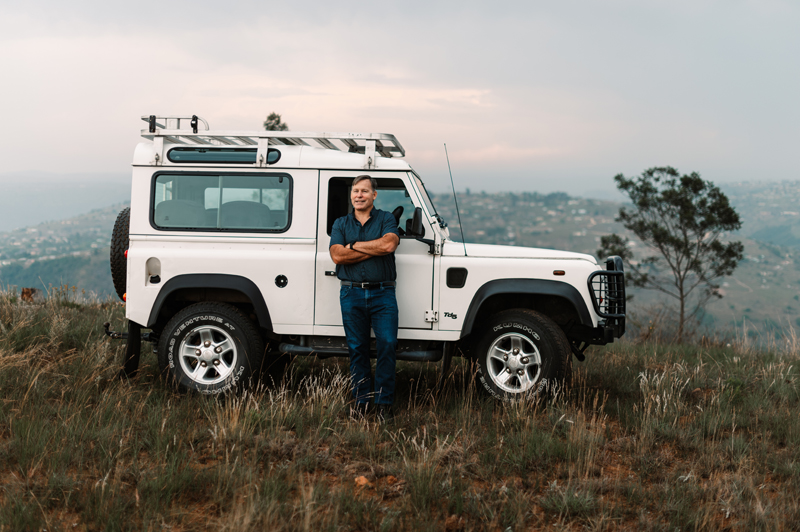