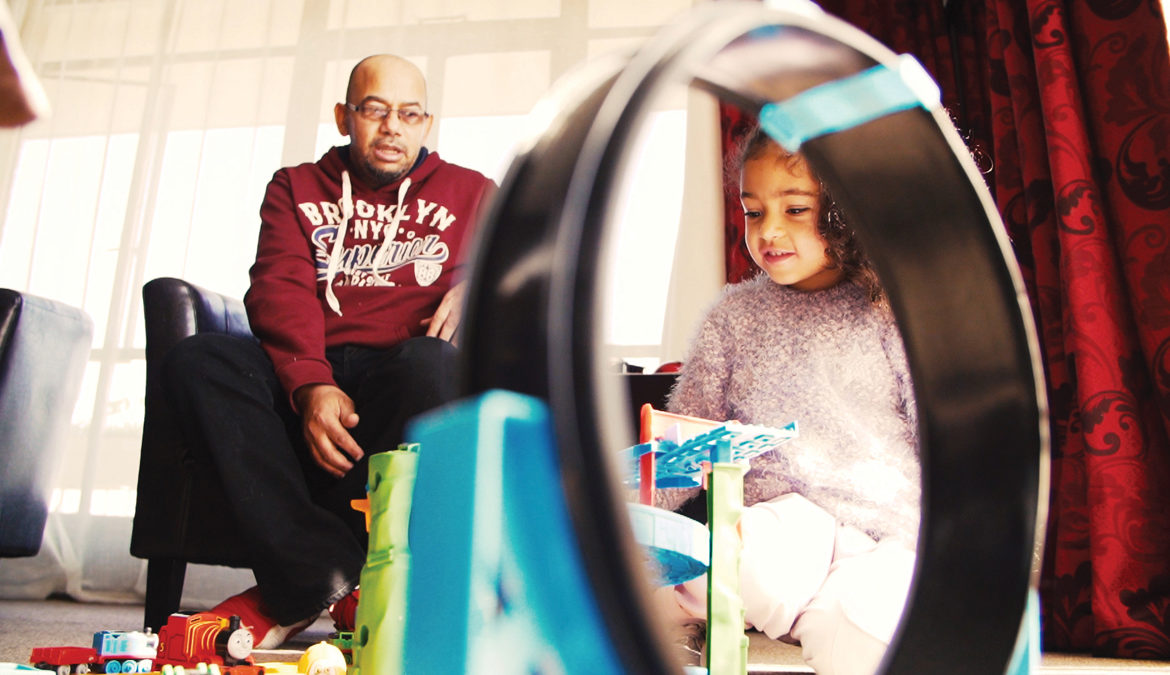 Living with an incurable cancer

Though Fareed Bruintjies’ (47) story encompasses just about everything that can go wrong in a cancer survivor’s journey, he’s emerged more determined than ever to do battle with his persistent illness.

With Fareed’s diagnosis, of multiple myeloma, carrying a median survival rate of four years, he accidentally bumped into a patient who’d survived the same cancer for 12 years in the chemotherapy room.

That woman, 11 years his senior, had undergone multiple treatments for 10 years. He realised that there was strength in the support of fellow survivors. Her very existence confirmed the hope he’d picked up on, in researching the disease, a beacon for optimism. Fareed was optimistic and he knew he would have access to the best treatment. He shares his story in his own words.

When lower back pain, I had felt in December 2014, persisted through January 2015, I finally went to see a GP. I informed the doctor that I had been zip-lining in December and probably hurt my back in the process. I got pain killers and anti-inflammatories for the suspected muscle injury.

By late April 2015, I was on crutches and in a lot of pain, with nerve pain down both legs. I was ordered to stay flat on my back for two weeks and to take a bunch of drugs, which seemed to help. I went to see a chiropractor in May and she got me back on my feet, but the localised back and nerve pain persisted.

On 18th June, I picked up my daughter, then two-years-old, and pulled something     in my right arm. I had stocks of anti-inflammatories, but when the pain remained for three weeks, I returned to my GP. She suspected a rotator-cuff injury and sent me for X-rays.

I remember it all well. It was the 8th July 2015. I got to my car and opened the sealed X-ray envelope. Where the right humerus (long bone in the upper arm) was supposed to be, it was all black instead of white. The report spoke of suspected carcinoma or Stage 4 cancer that had spread from somewhere. I was in utter shock and disbelief. I’d had regular prostate screenings and no family history of cancer. I recomposed myself, went home and said nothing.

I’m the go-to person in our extended family. Until my diagnosis, I was an independent financial consultant for small and medium enterprise companies. I felt this couldn’t be happening to me when I have so many other people depending on me!

The GP’s secretary called me the next day. I was to come in immediately. The young locum standing in for the GP found it emotionally difficult to break the news. I kept it from my family as I wanted it to simmer for a few days, to give me time to confront my own demons.

When I saw an orthopaedic surgeon for my arm, he sat me down to help navigate a way forward with the cancer, adding, “Oh, by the way, your arm is fractured”.

Due to my Discovery Health Medical Scheme plan being one of the lowest, my diagnostic tests were not covered though treatment was. So, I opted to seek diagnostic tests through the state for which I covered the costs. So, it was off to Helen Joseph Hospital for a process of elimination via various tests. At 7:30, I was number 128 in the queue. Four hours later, I was seen for about 10 minutes. More X-rays and off to the lab, with a long shopping list of tests. They said come back in a week. Then, another long wait, with my arm now in a sling and me using a walking stick to get around.

Then I was booked for a scan at Rahima Moosa Hospital. From there I went for a nuclear scan at Chris Hani Baragwanath Hospital.

It was now 27th July. I left with the scan reports. Reading them, I learnt of a pathological fracture of the right humerus, compression fracture of the spine, three lesions on the thoracic spine and two on my left ribs.

I began trickle-feeding the cancer news to my family, based on what I knew they could handle. All hell broke loose, even though I said doctors didn’t know exactly what it was.

When my arm had been pinned and the biopsy done, I did physiotherapy. My shoulder had collapsed from disuse. Then I was referred to Charlotte Maxeke Johannesburg Academic Hospital’s Oncology Department, with my tests results, for treatment. I was losing weight and extremely sick.

Given that all test results were tied up in the state hospital system, I pursued treatment through the state. However, treatment had been unduly delayed whilst my health was rapidly deteriorating. Eventually, I secured copies of all the tests and had a treatment plan approved by Discovery.

Facing the reality of treatment

I began chemotherapy, on 12th October, for five months. I started suffering from an irregular heartbeat and a narrowing of the arteries in my limb extremities, as well as damage to the peripheral nerves in my hands and feet. We sorted the meds out and my heart settled. Another bone marrow biopsy showed I was in remission.

As part of the indicated treatment, I received an autologous stem cell transplant, where they replace your bone marrow to grow healthy blood cells. It’s like a computer reboot for your immune system, but you’re extremely vulnerable to infection. I picked up a gastric infection which caused blisters from my lips to my stomach. But I recovered.

The tests showed that I’d achieved the best possible remission, but still needed four more months of chemo to consolidate everything. The physical collateral damage of one of the meds was osteonecrosis (death of bone) in the head of the thigh bone at the hip. I’ll need hip replacements in the future.

Dealing with an incurable cancer

I think Discovery Health Medical Scheme has brilliant people in their oncology section who understand how to deal with people suffering from the disease. They made my life a lot easier.

In August 2017, I found myself on an oral chemo maintenance regime for six months at a huge cost. Luckily, this was covered by Discovery Health Medical Scheme. I’ve not been able to work for two years; this has almost crippled us financially. We sold one of our cars.

At some stage, the cancer will be back and I’ll start all over again. This cancer is not curable. At least I have age on my side. Meeting that woman in the chemo room was a turning point for me. She was 58 and seemed well. We’re in this together. You can draw a lot of strength from other patients.

"I’ve gained complete trust in the ways and will of my Creator. You completely submit yourself - this is how it was ordained. Just accept it. That’s life-changing, to be honest. Now I chose who to spend my time with and do what I really want to. Our time here is finite - but we live as if it’s infinite."