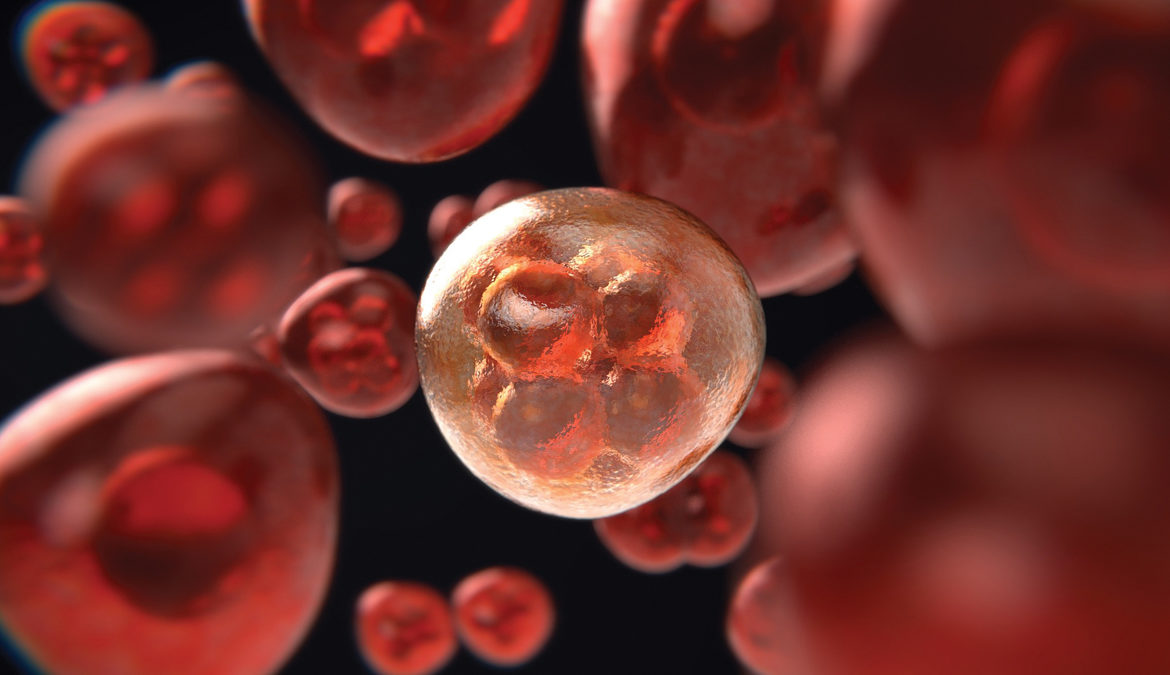 What is chronic myeloid leukaemia?

Chronic myeloid leukaemia (CML), also called chronic myelogenous leukaemia, is a chronic (long-term and slow-growing) type of leukaemia. Leukaemia is a cancer of white blood cells which originates in the bone marrow (blood-forming organ of the body).

CML results in an increase in the number of immature blood cells in the bone marrow. These cells also spill out of the bone marrow into the blood and accumulate in the spleen.

CML is sometimes discovered incidentally in an asymptomatic patient who has a blood test done for an unrelated reason.

When it is symptomatic, CML can cause a sensation of abdominal fullness or discomfort (due to enlargement of the spleen). Fatigue, loss of energy and shortness of breath with exertion may result from anaemia (in this case a decrease in red cell production by the bone marrow is due to the bone marrow being filled with leukaemia cells); and constitutional symptoms, like fever, loss of weight or night sweats can also occur.

Symptoms usually develop gradually over the course of a few months. In a small proportion of patients, CML may transform into an aggressive form of acute leukaemia with severe symptoms and a rapidly rising white cell count.

CML arises because of a genetic abnormality. This is not something which is inherited or can be passed on to children. It develops only in cells in the bone marrow of the patient with CML.

Chromosomes are the tightly packaged form that DNA takes during the division of cells. CML develops when one of the very immature cells in the bone marrow undergoes a break in two chromosomes (chromosome 9 and chromosome 22). These chromosomes re-fuse to form a new, abnormal chromosome, called the Philadelphia chromosome (so named because this is the city where it was first identified).

At the site of the fusion, a new (abnormal) gene is formed, called BCR-ABL1. This gene causes an abnormal protein, called BCR-ABL1 tyrosine kinase, to be made by affected cells.

This is what stimulates the leukaemia cells to grow rapidly and prevents them from undergoing programmed cell suicide (apoptosis). These leukaemia cells with this abnormal gene therefore grow faster and survive longer than normal white blood cells.

This transplantation is also often performed for patients who are diagnosed in accelerated phase once they have achieved a response to treatment. Bone marrow transplantation is often curative in this scenario but is not considered for all patients with CML as there is a high risk of complications with this treatment.

The first goal of treatment is a complete haematological response. This implies the disappearance of leukaemic white blood cells from the blood and normalisation of spleen size.

The next goal is a complete cytogenetic response. This means the disappearance of the Philadelphia chromosome from the bone marrow.

The most important goal of treatment is a major molecular response. This is achieved when highly sensitive blood tests, called real-time quantitative polymerase chain reaction (RT-QPCR), are negative. These tests are specifically designed to detect the presence of the BCR-ABL1 gene, to show that the percentage of cells containing the abnormal gene are below a level of 0,1% of all white blood cells.

Patients who achieve a major molecular response within 12 months of starting treatment with a TKI have an excellent prognosis and are likely to live normal lives and have a very low risk of progressing to accelerated- or blast phase CML.

Modern RT-QPCR tests have become extremely sensitive and some are able to detect levels as low as 0.0001% and lower. It is when these tests become completely negative and BCR-ABL1 has become undetectable and remained so for a period of two to five years that the disease may be cured and treatment discontinuation can be considered. CML is thus a highly treatable disease in the era of these modern therapies. Most patients with this disease can lead normal lives.

“Life doesn’t have to stop when you’ve been diagnosed with blood cancer. Those battling against leukaemia can recover and be fitter and healthier than they ever were. It’s all about showing people that it’s possible to get over it and do these mad things.” – John Applebee, chronic myeloid leukaemia patient.