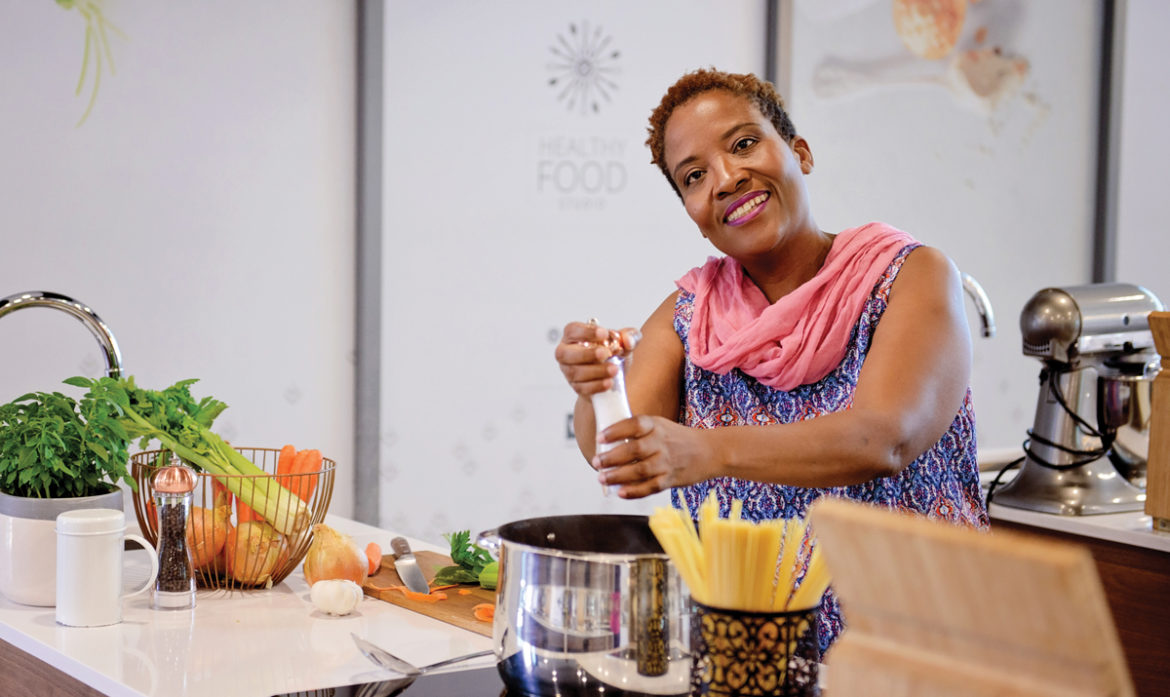 A survivor, through and through

Angelinah Matimolane tells us how an asthma attack ultimately led to the discovery of cervical cancer, then how that spread to her stomach, and how 13 years later she is still fighting fit.

Angelinah (Angy) Matimolane (47) lives in Soweto with her husband, daughter and three grandchildren.

On the way back from a family holiday Angy had a series of asthma attacks. Then on New Year’s Day, Angy suffered a massive asthma attack and was hospitalised. Numerous treatments were done.

The following day, an MRI scan was done; this is where her treating doctor saw that her cervix was inflamed. He called in a gynaecologist. Tests were done, including a Pap smear, and a few days later Angy was in theatre getting her cervix and fallopian tubes removed.

Angy’s explains that she had had discomfit when she was intimate with her husband, as well as irregular menstrual cycles and abnormal pain, but she never thought it was cervical cancer. It was something she thought would go away. She adds that she had never been for a Pap smear test, only STI and HIV tests. She didn’t even know about human papillomavirus (HPV); it was only when her daughter did a school project after her diagnosis that she learnt that HPV can cause cervical cancer.

At the time, Angy didn’t comprehend all that was going on. She thought the operation had to do with her asthma.

It was only after the second emergency operation, due to bowel obstruction caused from the first surgery, that her doctor asked her questions about cancer and whether she knew what it was.

He explained Angy had early cervical cancer and when they had operated, her cervix was found torn. Angy was in hospital for two months. “If it wasn’t for my asthma attack, they wouldn’t have found the cancer. My asthma actually saved my life,” Angy says. No other oncology treatments were administered and Angy was scheduled for yearly check-ups.

In 2009, at an annual check-up, an ultrasound showed that Angy’s left  ovary was inflamed. She was referred for a biopsy. But before she got the results, Angy suffered another asthma attack and was rushed to hospital. Luckily the same hospital as her treating doctors. Here her asthma was treated and she underwent a third surgery, as an MRI showed her ovary had ruptured and her intestines were starting to tear. The left ovary was removed and her intestines patched up.

After a long stay in hospital, Angy   was discharged, but a few days later her wound burst-open. Once again, the mother of one was rushed to hospital. Many tests and a gastrostomy were performed, and parts of the tissue that had ‘burst’ were biopsied.

The recovery time, in ICU, was extensive and Angy was sedated as her wound was kept open for four months. This was until the doctors made sure everything was removed and working correctly. Angy also underwent radiation while in hospital, and had to use stoma bags for six months.

Once Angy was fully healed, she was discharged even though she was at the hospital every day for wound-dressing changes. There were drastic changes in her eating habits as her stomach is a lot smaller than a normal adult’s now, so she eats much less than she used to.

She also now suffers with irritable bowel syndrome so she can’t consume lactose so she avoids dairy products. Though, she admits that when no one is at home she drinks the custard, in the fridge, and suffers the consequences alone.

She also stays away from caffeinated drinks, fizzy drinks, spicy food, mutton, pork and samp. “I listen to my body, if it doesn’t agree with it, I stay away from it. I am trying to live healthy…taking one step at a time. I also walk on weekdays. Plus, my daughter is very strict… she is not a doctor but acts like one and makes me walk,” Angy says.

Even though Angy’s appetite has decreased, her love for cooking has stayed the same. “My cooking is what has kept my husband at home,” she jokes. “My favourite meal to cook is spaghetti bolognese as it’s my daughter and grandchildren’s favourite. I also enjoy making African braai salads.”

In 2011, an abdominal hernia was diagnosed. Due to the extensive surgery Angy already had, she could not have any more open surgeries so the surgery was put off. Though in 2014, a specialist surgeon had completed a course in the UAE and was confident she could do the surgery. The hernia-repair surgery was a success, and a benign Desmoid’s tumour was removed at the same time as well.

Because Angy can’t have any more surgeries, only biopsies, she is sent to Morningside Clinic for a special check-up. “They don’t have the instruments at Charlotte Maxeke Johannesburg Academic Hospital (CMJAH). It’s an aspiration, done through the vagina, that pulls up the cells from where the  left ovary was removed, to be tested,” she explains. All the other scans are done at CMJAH. Unfortunately, Angy had recurrences in 2014 and 2018 but thankfully she was sent to Rosebank and Morningside Clinics for clinical drug trials.

Last year, another Desmoid’s tumour was found on her pelvis, but the doctors are weary of operating as it is very   close to her bladder and spine. She will undergo more tests in February to check if it’s changing.

However, the 47-year-old has been told if there is another recurrence there is nothing more that can be done, unless brand new treatments are launched. “I’ve accepted this. Through my work   in support groups, I’ve seen how other patients have suffered…with chemo. I’m grateful that I haven’t suffered like that – that is God’s grace. I see myself as lucky! When I wake up and see I’m still here, I thank God,” Angy explains.

Laurelle Williams is the editor at Word for Word Media. She graduated from AFDA with a Bachelor of Arts Honours degree in Live Performance. She has a love for storytelling and sharing emotions through the power of words. Her aim is to educate, encourage and most of all show there is always hope. editor@buddiesforlife.co.za﻿