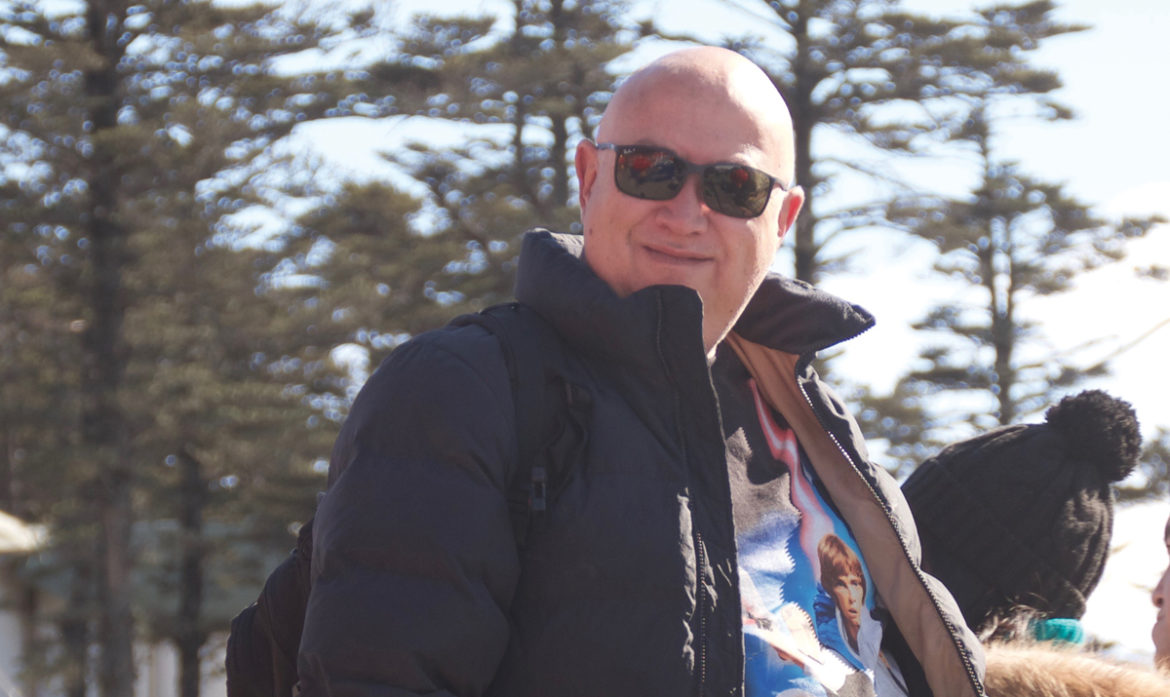 Johan Drotskie (47) lives in Randburg, Gauteng with his wife and their four-legged kids.

The day had finally arrived. My family is gathered anxiously in the hospital room as we await the arrival of my unrelated donor bone marrow. A middle-aged gentleman enters the room with a cooler bag, extracts a drip bag with 100ml of bone marrow which he connects. An hour later, I have new bone marrow, a new chance at life and a brighter future.

I decided to make an appointment to see my GP in January 1995. I had been feeling drained for some time and wanted to find out what was wrong with me. He did routine blood tests and when the results came back, all the signs pointed to leukaemia. I was devastated! After all, I was only 25! How could this be happening to me? I was supposed to have my whole life ahead of me!

I was referred to an oncologist who performed a bone marrow aspiration test which confirmed the diagnosis of chronic myeloid leukaemia (CML). He immediately started me on a high-dose of Interferon and Cytosar, which saw me injecting myself daily with these drugs. There aren’t enough words to describe how terrible these drugs make you feel, but I was determined that this disease would not win! I pushed through for almost five years on the therapy, continuing with my life as normally as I possibly could.

In 2000; a new ‘super drug’ Gleevec was released for trials. The drug was designed for CML and showed promising results. I was fortunate to get on the trial, and within two years I was in remission, and best of all with minimum side effects.

Unfortunately, the remission was short-lived. At the start of 2003, I started getting ill – very ill. After two weeks in hospital, my oncologist broke the news – the leukaemia was back and it was angry! I was one of a handful of patients whose body had rejected Gleevec. My only option left was a bone marrow transplant. bone marrow transplant

From the start, I had been dead set against doing a transplant. I felt like if I chose the transplant, the leukaemia had won. After all, I had survived for eight years against all odds and I didn’t want to give up (or in) now. But sometimes life has a way of pushing you in a direction that you had never thought you’d have to take, or believed that you had the strength or courage to face and overcome.

In the end, I reluctantly agreed that my oncologist and his transplant team could start looking for a donor with the help of The South African Bone Marrow Registry (SABMR). None of my family were a match. “It’s all about the match” was what they kept telling me.

During this time, I was in and out of hospital. My white blood count was out of sync and I contracted infections on a weekly basis. After three months, the transplant co-ordinating nurse contacted me. There were two potential matches; they were being tested. I would know in a week if I had a donor match.

In hindsight, I cannot recall the day or how it happened but all I remember  is that I was informed that I had a match. It was a donor on the South African database, and it was a good match! The time had come to go ahead with the transplant.

Preparing for the transplant

My oncologist warned me that this was going to be a risky procedure because my health was not in a good state and that would count against me. But to keep me alive, we had to fast-track and start the transplant as soon as possible. I had the weekend to prepare and ‘get my things in order’ before reporting to the hospital at 7am on Monday morning.

The first seven days (which is the preparation week) is a total blur. I vaguely remember being seriously ill from the high-dose chemotherapy.

It was drip after drip, tablets and more tablets. I went from a fully functional human to an invalid in less that 48 hours. By day seven, I had almost none of my own bone marrow left and according to the doctor I was ready to receive my new marrow.

The procedure sounds like such an intricate and complex event, but the actual procedure was rather disappointing. Similar to a blood transfusion.

What I wasn’t prepared for was the “big wait”. The balance of medication, constant poking and prodding, blood test after blood test, and the painstaking wait for the results.

It took roughly two weeks for my blood counts to start climbing. It was  the best news as it felt like months has passed with nothing much happening. I was in isolation and could only have limited visitors, but didn’t have much strength to do anything. The support from my family was so welcomed and appreciated.

Bone marrow transplants have many outcomes. Although there is standard protocol on how the procedure works, I can only assume that every patient reacts differently and has a unique experience going through the process. For some it’s a quick recovery, for others a much longer recovery.

I spent three months in hospital, and about another six months after that to become fully functional again. The big monster to face was graft-versus-host disease (GvHD); when your body starts fighting and rejecting the foreign marrow. I was warned that GvHD was inevitable, and it was supposed to be a good indicator as it meant that the donor marrow was taking.

Although I suffered from GvHD, it was a quick burst and my doctor got it under control quickly. However, the GvHD later became chronic GvHD. Though, with proper supervision by my medical team, we’ve managed to keep it under control for the past fifteen years.

While recuperating, I realised very quickly that life carries on and either you move with it or you’ll get left behind. I worked especially hard to get better by setting short-term goals for myself.

I never had any intention or desire to climb Mount Everest in six months, but I did find that if you started small, and had enough determination, you would probably be able to climb up any mountain, if it was something you wanted to achieve.

I am extremely fortunate and privileged to be able to celebrate my 15th bone marrow transplant anniversary this year. Without the support and love of my family, my wife, my friends, an exceptional oncologist and transplant sister, I don’t know if I could or would have made it this far.

I also had the honour of meeting my donor twelve years after my transplant. My words of thanks will never be enough to thank her for the selfless gift she gave me. The gift of life!

As with any cancer, it takes a huge toll on you, on your life as you know it, and the people close to you. It teaches you life lessons that you never thought you would ever have to learn! It hits you right down into the lowest of low places in your body and your mind, but then gives you a chance to get back up and fight. Some win. Some don’t. But as with everything in life, not every battle can be won, and the same goes for cancer. Cancer has a mind of its own, and the more you try and control it or understand it, the less you’re able to.

I can honestly say that the only way I survived this challenge was by taking it one day at a time. No matter how clichéd it sounds – live for today. Face the challenges you have and enjoy all the blessings you have. Whatever tomorrow holds, face it tomorrow. Not today. Spend time with the people you love. Do things that you love and most important – be kind to yourself and others. That way, the cancer never wins.