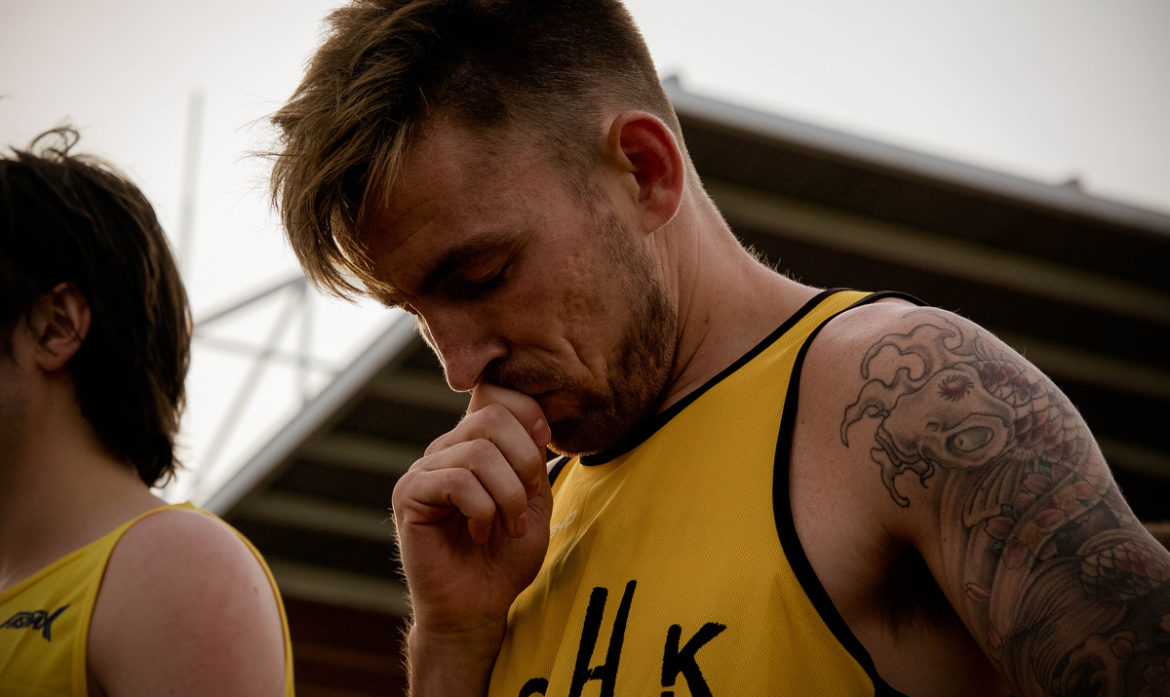 Andy Grant tells us about losing his mother to leukaemia at the age of 12, losing his lower limb while serving as a Royal Marine in Afghanistan, becoming the fastest one-legged amputee in the world over 10km, and wining gold at the 2014 Invictus Games.

Andy Grant (29) lives in Liverpool, United Kingdom. He has one child, Alba.

When Andy was told his lower limb had to be amputated in 2010, due to stepping on an improvised explosive device (IED) while serving in Afghanistan as a Royal Marine in 2009, his mind-set was, ‘It can’t be harder than losing my mum’.

When asked how he got through this trauma, he replies: “Losing my mum at 12 made me a stronger person without doubt. So, as tough as it was being blown up and losing my leg, my resilience had grown so much from losing my mum; I felt confident I could overcome it. Especially, with the help of family, friends and the medical team.”

At age 11, it was Andy’s mom, Joan, who sat him down and told him she would be going into hospital for a short while. Once the diagnosis was confirmed as leukaemia, Andy’s dad explained to him the severity of the situation and how his mom would be staying in hospital longer.

Andy explains he knew his mom was sick but it only hit home when his dad gave him a note to pass on to his teacher to explain the situation. “When I gave the note to the teacher, he gasped and I remember thinking, this must be serious. Then as the months went on, it was clear that things were not looking good,” Andy recalls.

One of the worst side effects (of Joan’s treatment) for Andy to see was her losing her hair as he would always play with it. A bone marrow transplant was on the cards. But just after Andy’s 12th birthday, his mother passed away before this could take place.

Dealing with his mother’s death was horrible. He explains, “Really tough to take. Everything just seemed too unfair. There was no reason for this to happen. She was a good person and no one could explain why she got this disease. I lost faith and couldn’t understand how this had happened. I wouldn’t say I went off the rails. Though, I maybe used it as an excuse not to work as hard in school…certainly for a few months as I knew teachers were cutting me slack because of what I had been through.  I thankfully snapped out of that and wanted to do well so I could do my mum proud and my dad, who was left to bring me up with the help of his mum, dad and sister.”

And that Andy has done. Not only with how he has accepted all that life has dealt him but also by winning two gold medals at The Invictus Games in London 2014 and then becoming the fastest one-legged amputee in the world over 10km. He explains how this all came about, “The Invictus Games acted as a massive spring board for me; it gave me the confidence to look at other challenges. I stumbled upon a Canadian, who lost his leg in a car accident and could run 10km in 37:53. So, this then became my new challenge. I joined a local running club and set about trying to not just break this record but run a perfect six-minute mile for the 10km. Thankfully, I achieved this and ran 10km in 37:17.”

Andy; his mom, Joan; and one of his younger sisters.