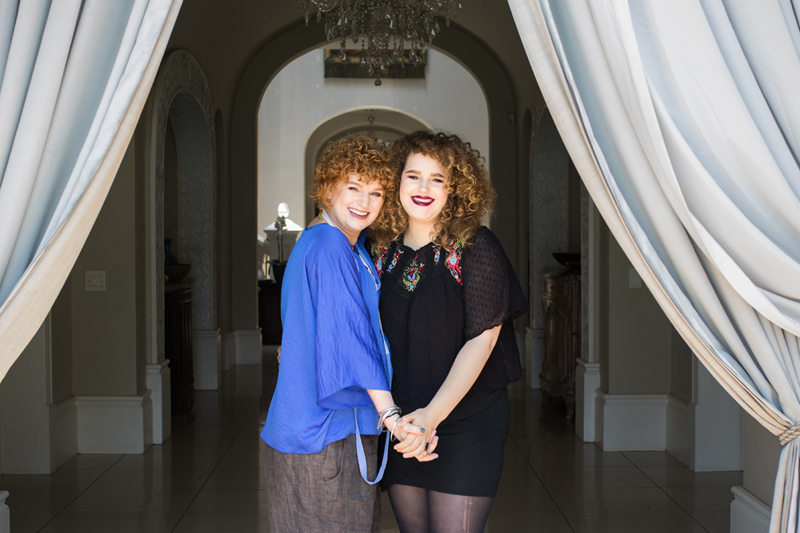 Lauren Segal, four-time cancer survivor and author of Cancer: A Love Story speaks about her different diagnoses – breast and skin – and how her daughter, Katya, played a role is her journey.

Lauren Segal (51) lives in Parkview with her husband, Jonny, and daughter, Katya (17). Her son, Josh, is currently studying abroad.

It’s not often you come across a four-time cancer survivor, yet here Lauren is. The first diagnosis, a malignant melanoma on her thigh, was discovered at the age of 23 in 1989. The mole was surgically removed. Fast-forward to 2011 when a ductal carcinoma in-situ breast cancer was discovered; Lauren opted to have a preventative double mastectomy. Three years later, a new primary lobular breast cancer was detected. This treatment included 18 cycles of chemotherapy, surgery and six weeks of radiation. Then in September 2015, six weeks after Lauren finished radiation, a Stage1B malignant mole, was found on her arm. This was also surgically removed, along with lymph nodes and quite a wide margin.

Cancer three was the worst

The third cancer, lobular breast cancer, scared Lauren the most. Since she already had a double mastectomy, getting a new breast cancer was very unusual. Lauren was very angry; she had taken the most extreme measure by having her breasts surgically removed, yet she still got another cancer.

The anger also stemmed from a misdiagnosis – her radiologist had assured her that it was only scar tissue on her chest wall, due to the mastectomy and reconstruction. But, she was also angry at herself. “I share the blame with the radiologist as I avoided the biopsy due to my fear of needles…and I felt responsible in some way, like I had betrayed my own body,” Lauren explains.

The mother of two knew she had to work through this anger as it was distracting and not at all helpful to move forward. She did this by reaching out to other people; soaking up every complementary therapy she could. She made use of a life coach, psychologists, reflexologists, meditation coaches, and she did yoga classes. “I really sought help, because I needed the strength…I went overboard with healers,” Lauren jokes.

Lauren may joke about her obsession. However, once you have read her book and met her in person, the full benefit of integrating these complementary therapies into to her treatment is vividly apparent. Not only did she gain strength to persevere and get over her fears, but she ended up liking herself more. “I like the quieter me, and the fact that I learnt to need less of the world and more of myself. And, it is good to know that I can get through tough times,” she says. 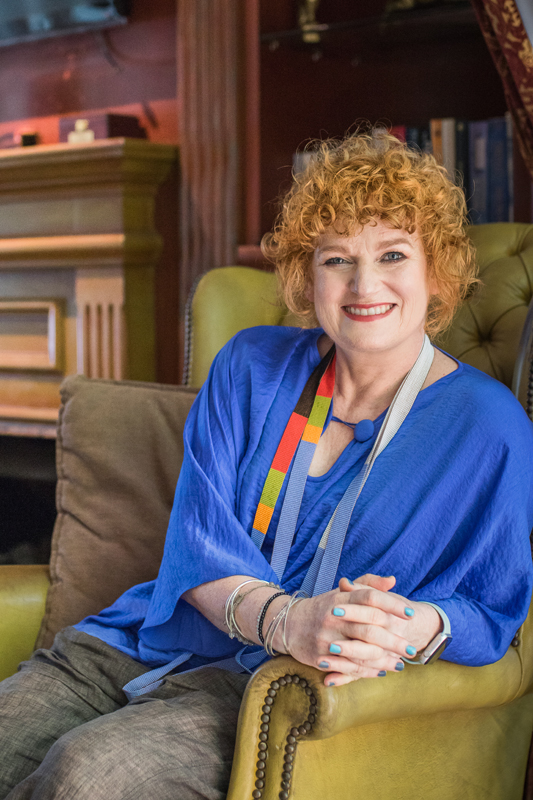 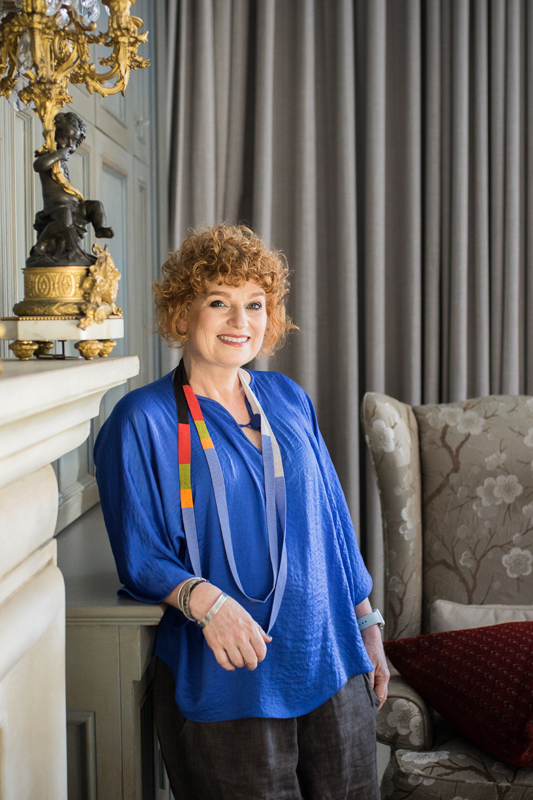 The birth of her memoir

Writing, lists especially, also became an essential tool to process the emotions she was experiencing and to make sense of the vast amount of information and decisions that she had to make.

After joining a writing group, six chemo sessions in, it was here where she was encouraged to write a book. “I felt  I had something to offer and I really wanted to give people in the same position a template – offering one way they could take on a cancer diagnosis,” she explains.

Thankfully, Jonny never censored her writing of the book. For which Lauren is very grateful, adding, “Men have a responsibility to help overcome the shame and silence around breast cancer. The fact that my husband allowed his relationship to be exposed, in the book, is part of a journey that I hope is also a template – to say to other men that silence is not the way we’re going to heal this disease, or cope. Men will feel so relieved once they also learn to talk   and share their story.”

The sun became an enemy

Being intolerant of heat, the fair-skinned redhead stays out of the sun, adding that beaches and hot places are quite uncomfortable for her. When she does go outside, she uses precaution by lathering on sunblock. Though she admits, she does forget at times.

Nevertheless, she is aware that most melanomas take over 30 years to arise – with the damage most likely happening in childhood. “I was  horribly exposed to the sun as a child. The ignorance around sunscreen and protection were just appalling. I would regularly get burnt. I remember my skin being parched, aching and red, and my parents were just one hundred percent ignorant,” Lauren recalls.

She now goes for mole mapping every three months.

Jonny played a massive supportive role in the last three diagnosis; phoning and getting the results for her. Then he had the unfortunate duty of breaking the news to his wife. “I needed him to do that…the fear factor of receiving a cancer diagnosis is so enormous that by him receiving the news helped me to cope. Also, he is a doctor so that helped. He always has been for me – my first port of medical call,” Lauren says.  Jonny’s immense research and getting second opinions, not only in SA but internationally as well, ultimately secured the type of treatment Lauren received.

Not only did Lauren’s family shower her with love and support, but so did  her friends and community. Lauren attributes this to her being vulnerable and asking for help. “People generally rise to the occasion when you ask for help,” she says. “All my friendships were strengthened through my cancer.”

Katya, her daughter, played an even bigger role without even realising it. When she was only six months old, she underwent heart surgery in Boston, USA. Lauren drew strength from what her baby girl went through. “If she could get through that, I could certainly get through cancer,” she says.

Once, while enduring an uncomfortable radiation session and an insensitive, brash nurse, who told her not to move, Lauren repeatedly said Katya’s name out a loud to push through the fear. “She didn’t say I can’t speak, only that I can’t move,” Lauren cheekily says.

Kayta feels very honoured by this saying, “My mom is an incredibly brave and strong woman so I find it very inspirational that she could draw strength from something I did. I was very young so don’t have any memory of it, but I am happy that I could help in some way.” 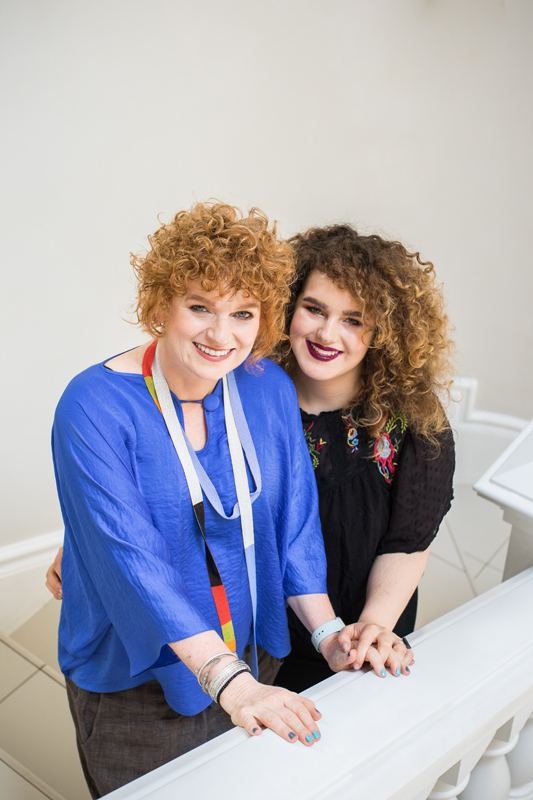 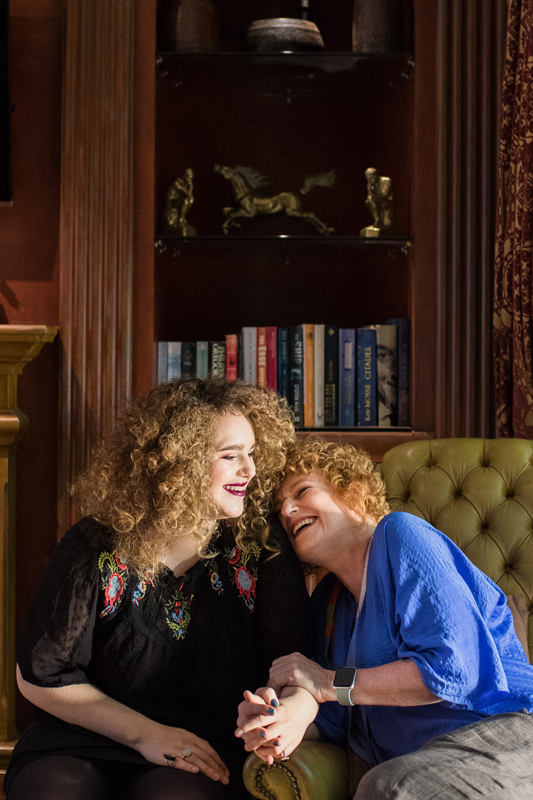 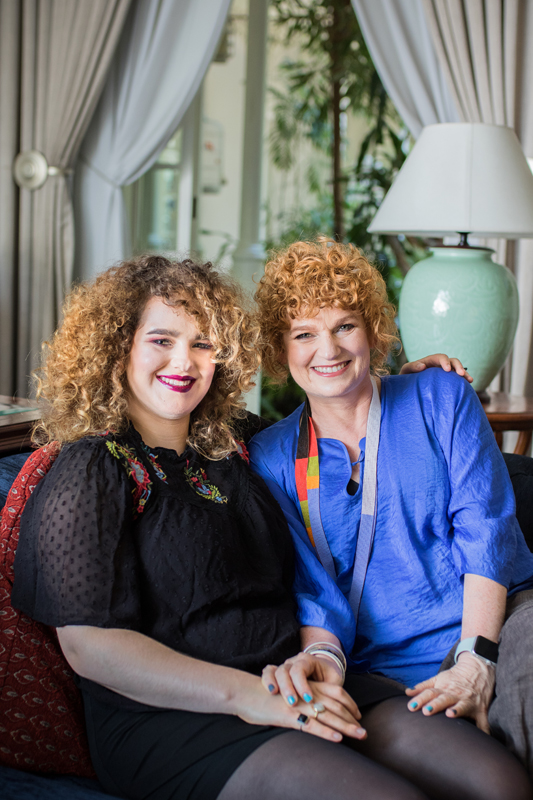 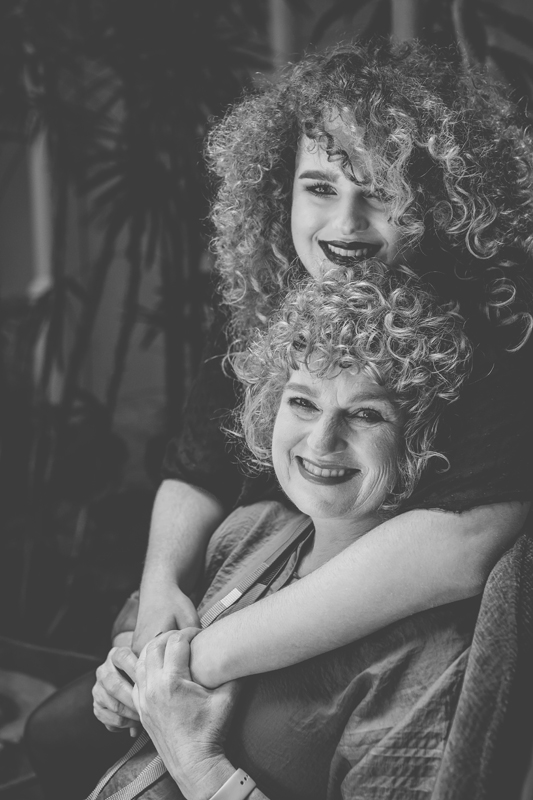 Gained even more respect for Mom

Even though the 17-year-old can’t recall much of her mother’s diagnoses due to being young, she admits she used anger to deal with her pain and fear, especially with the third diagnosis. Katya was 13 years old and had just started a new school. Though, now that she is older and understands, she has gained a new-found respect for her mother by how she has handled the situation.

“Cancer is a terrible disease. It scares me a lot, because there is a lot of history of it in my family (Lauren’s father and cousin passed away from cancer) so it definitely looms in my life. But I am also inspired by my mom and other people’s stories of how they have gotten through it,” Katya explains.

The one moment that stands out for Katya that depicts her mother’s strength is the day Lauren started chemotherapy; Katya was writing an Afrikaans exam the next day. “I was having a complete freak out, directed at the exam but probably reflectively more about my mom. She woke up early to test me. It was a complete role reversal; she was helping me when I should have been helping her. That was such a testament of my mom…of her selflessness and her bravery. When she was in a time of chaos and fear, she was still looking out for other people,” Katya explains.