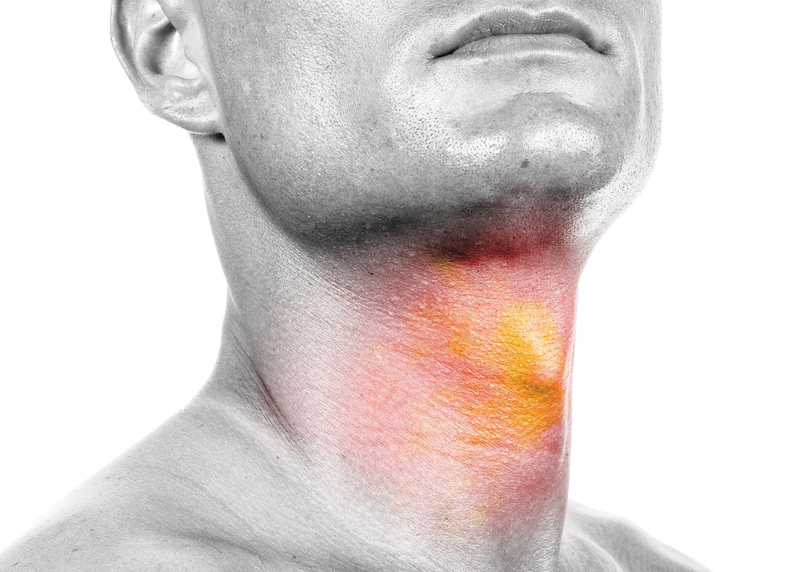 Head and neck cancers – why are they more common and deadlier than you realise?

Many specialists and cancer advocates are sounding the alarm over a rise in head and neck cancers, such as cancers of the throat or oropharynx, transmitted by the human papillomavirus (HPV) that is possibly linked to oral sexual habits. Are you at risk?

These symptoms (in red block below) are some of the early warning signs of head and neck cancers, including cancers of the mouth, lips, throat, larynx (voice box), nose, and salivary glands.

Professor Jos Hille, an oral, head and neck pathologist at the National Health Laboratory Service (Tygerberg) and honorary secretary of the South African Head and Neck Oncology Society (SAHNOS) says, “There is a serious lack of awareness that head and neck cancers are part of the leading cancers in incidence and cause of death and disability, in most parts of the world. Many HNCs escape proper reporting to cancer registries. We estimate that the annual global incidence exceeds 680 000, with a death rate over 350 000.”

Discovery Health shares global concerns around the lack of awareness and high incidence of debilitating and often lethal head and neck cancers. “In 2016, these cancers were the 11th most common solid tumour cancers amongst members and the sixth most common cancers among male members,” says Discovery clinical specialist, Dr Sandile Mhlongo.

“Discovery Health Medical Scheme funded over R110 million in 2016 for treatment for head and neck cancers. This included radical head and neck surgery, chemotherapy as well as treatment with specialised radiation therapy, which usually costs between R95 000 and R130 000 for five to seven weeks of treatment,” she adds.

Lifestyle behaviours that put you at risk of an HNC

Moreover, what few people realise is that HPV, responsible for 99% of cervical cancers in women, is linked with cancer of the oropharynx (back of the tongue and the surrounding throat).

Dr Marco Torres-Holmes, an ear, nose and throat (ENT) surgeon and member of the multi-disciplinary head and neck surgical and rehabilitation team at Mediclinic Morningside, in Gauteng, says, “HPV is the most common sexually transmitted disease. Over 85% of sexually active adults have been exposed to the virus. The more vaginal and oral sexual partners you have, the more you are at risk of developing oropharynx cancer. The HPV often hides in the tonsils and takes a good 20 years to cause a detectable tumour. In both the first and third world, sexual practices of past decades are fuelling the current spike in oropharynx cancers.”

HPV-caused head and neck cancer may be easily missed unless the patient or doctors are specifically looking for it. “Typically, the ENT is referred a patient from a GP – often a 55-year old or younger, non-smoking male. Various visual and manual examinations and imaging can locate the tumour, and a knife or needle biopsy of any oral, throat or neck masses allow for the laboratory assessment of HPV status,” adds Dr Torres-Holmes.

His team optimally plans treatment (often surgery followed by radiation therapy but sometimes radiation supplemented by chemotherapy) to minimise the inevitable complications like difficulties in chewing, swallowing, and permanent damage to vital structures of the mouth, throat and face.

Much research is currently underway to establish why HPV-positive cancers show a somewhat better response to treatment than cancers caused by smoking and alcohol use do: 83% versus 57% five-year survival respectively.

From 2010 to 2012, this smoker (who also drank in moderation) visited a host of mainstream and holistic medical practitioners in a desperate attempt to treat recurring and debilitating sinusitis. “I could not breathe when lying down so had to sleep sitting upright,” he recalls. Finally, an ENT saved his life by sending him for a CT-scan and diagnosing a naso-pharyngeal cancer. Howard has, since his first diagnosis in 2012, had 62 sessions of radiotherapy and seven incidences of recurrent cancer over the last five years. He has lost all his teeth, and the treatment has affected his thyroid and pituitary glands making hormone therapy compulsory for this cancer survivor.

Howard chooses to use his ordeal as a life-giving force, “My one passion has become early detection and diagnosis.

I personally know its value, the cost of failure and the keys to a good quality of life after diagnosis,” says Howard.

Early diagnosis of head and neck cancers: an excellent prognosis

Pre-sexually active girls have long been immunised against HPV to prevent cervical cancers. In the US and Australia, young boys now receive the same vaccine. This is not yet policy in South Africa. “Unfortunately, there is no screening test for throat cancer,” says Dr Torres-Holmes. “Testing whether one has or had HPV does not predict the risk of getting a throat cancer, and is also not recommended.”

The best preventative medicine for HPV-positive head and neck cancers

Would you ignore any of the following symptoms for longer than a month?

Dr Marco Torres-Holmes, ENT, head & neck surgeon, is concerned about the global rise in cancers of the throat or oropharynx.