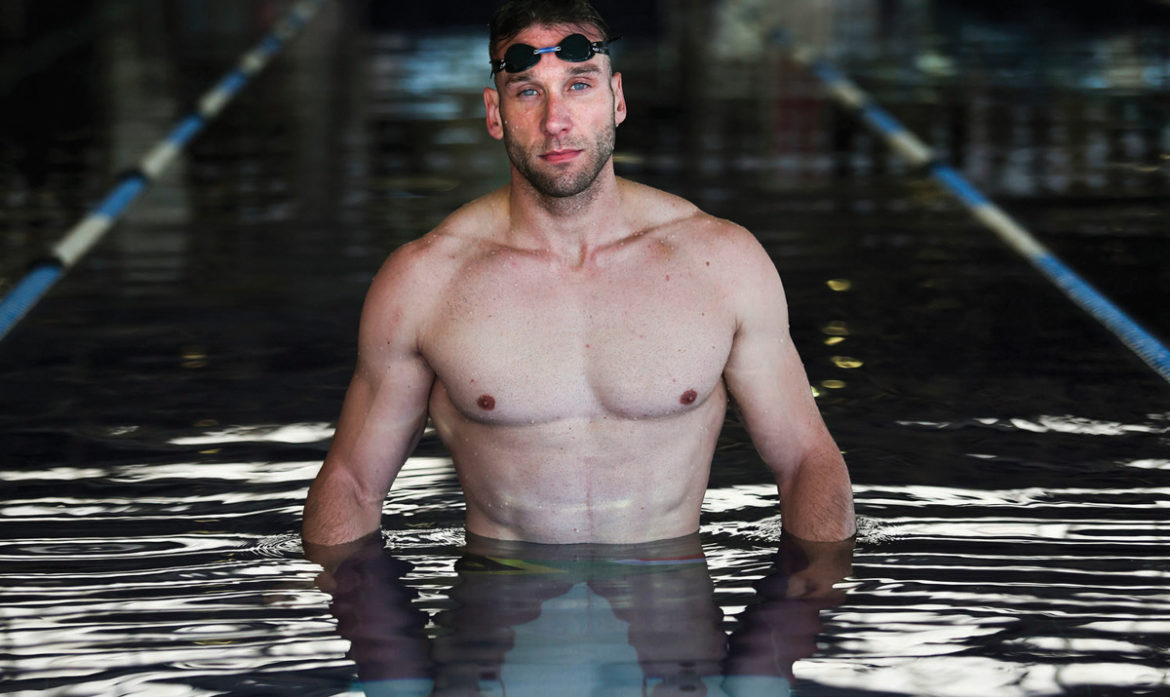 Most people remember Shaun Harris (33) as one of South Africa’s swimming heroes, a member of the legendary South African relay team at the All Africa Games of 2007. However, few people know that he survived testicular cancer. Here is his story full of courage and perseverance.

Shaun describes himself as a positive person who had a lot of success in life. Most South Africans know him as one of the heroes of the South African swimming team. However, he was the first one to admit that it’s probably a combination of a positive outlook, happiness, early detection and excellent doctors who helped him through the nightmare of a diagnosis of a Germ Cell tumour (commonly known as Testicular cancer).

It’s hard to believe that a man with such exuberance in his voice can get sick. Today, Shaun’s voice forms part of the Movember SA Campaign, and he spreads a message of hope through his positive energy.

As a sportsman Shaun was always the epitome of good health. He was super fit, never drank or smoked and never dreamed that he could be sick. While on a family vacation in Port Elizabeth, he began experiencing inexplicable pains in his abdomen – it was established that he had a stomach ulcer and prescribed medication was administered.

Back in Gauteng the stomach pain persisted and Shaun was forced to visit a radiologist after his doctor felt a lump on his abdomen. A cancerous tumour of about 8cm long was discovered. The oncologists weren’t sure what type of cancer Shaun had so, while they investigated, he spent two days in hospital. CANCER WARRIOR By Elsje Smit Most people remember Shaun Harris (33) as one of South Africa’s swimming heroes, a member of the legendary South African relay team at the All Africa Games of 2007. However, few people know that he survived testicular cancer. Here is his story full of courage and perseverance.

“I lost my mom to breast cancer when I was a teenager, I saw what she went through, what our family went through, and while lying in that hospital bed waiting for a diagnosis, my mind started working overtime, worrying about whether I would survive or not,” said Shaun. “During the second sonar the doctors discovered a Germ Cell tumour in one of my testicles – it was removed.”

Physicians were, however, not able to remove the tumour and the next step was chemotherapy. At one point, Shaun was undergoing intensive four-hour treatment sessions three times a week.

After five months the tumour had shrunk from 8cm to 3.5cm, and although positive, it was not enough. Shaun was prescribed another course of chemotherapy, which only reduced the tumour by a further 1cm.

“I was devastated and thought that the nightmare of chemotherapy would never end,” explained Shaun. “However, my doctor was very impressed with my progress and said it was time to remove of the reduced tumour with surgery.”

It took the doctors nearly seven hours to successfully remove the tumour and growths. It was found that some of his lymph nodes were also cancerous.

Fully aware that he has been given a second chance, Shaun’s optimism remained intact and he came to the conclusion that his life has a deeper meaning, and he can make a difference in other people’s lives.

Shaun believes in the depth of his heart that cancer is not a death sentence. As a Movember Ambassador, he is also trying to discredit the myth that young people don’t get cancer. “I was 28 when I was diagnosed and I was very fit. Surgeons operated, removing tissue about the volume of a tennis ball. I should have been dead,” said Shaun, who is now in complete remission.

Shaun also wants to encourage young men to get themselves tested as, “it can happen to anyone, no matter how healthy you think you are. It is the most common form of cancer for 15- to 34-year-olds. It is also one of the most curable if discovered early.”

Furthermore, Shaun believes that confidence in your medical team is essential and praised the professionalism of his surgeon and doctors in general. He considered excellent medical care, the support of his family and his religion as the cornerstones of his recovery. Shaun is a living proof that even the strongest body may be the victim of testicular cancer, but an optimistic spirit will prevail and that fear, although it is a normal part of a disease such as cancer, can be transformed into courage.

Cancer didn’t slow Shaun’s trajectory. These days he is putting his efforts into several personal investments and emerging corporations. When time allows it, he still enjoys swimming a few lengths.