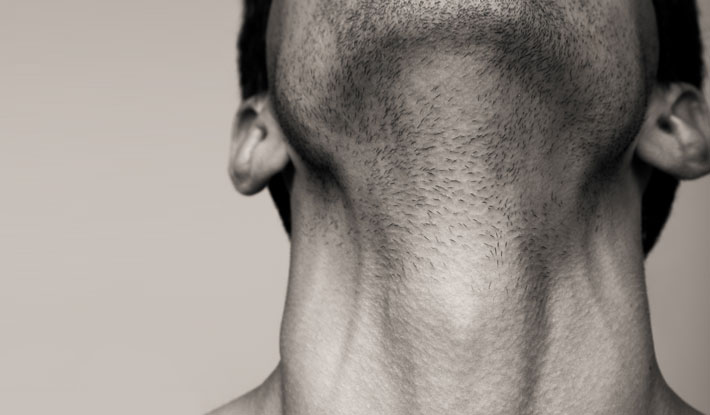 Thyroid Cancer: What you should know

We often hear about breast and skin cancer, but what about the types, which aren’t as well known. Take thyroid cancer for example. It is very rare, but rates may be increasing. Experts believe this is because technologies are helping them to find small tumours more quickly. Here’s what you need to know about thyroid cancer, which usually does not come with clear-cut causes and tell-tale symptoms.

What is it all about?

You may not spend a lot of time thinking about your thyroid, but this butterfly-shaped gland sits low on the front of the neck. The thyroid lies below the Adam’s apple, along the front of the windpipe. The thyroid is vital to your health. Thyroid hormones act throughout the body, influencing metabolism, growth and development, and body temperature. Thyroid cancer happens when cells in the gland does not grow or die as they should. It can also spread from the thyroid to other parts of the body.

Why does this happen?

Experts don’t know why thyroid cells sometimes have an ‘abnormal’ thus they have appointed some risk factors. Women are three times more likely than men to get this cancer. It also usually happens at an older age. As with most cancers, hereditary conditions and family history come into play too. Exposure to high levels of radiation is also a risk factor, for example having had head or neck radiation treatments, especially as a child. X-rays and mammograms are considered safe though. Although uncommon, diets low in iodine (a mineral found in various foods, including table salt) can also be a factor.

With the thyroid playing such an important role in the body, what happens if it is removed during surgery?

The Cancer Association of South Africa (CANSA) explains: “After thyroid cancer surgery, patients are given thyroid hormone medication levothyroxine (Levothroid, Synthroi or, others) for life. These pills have two benefits: It supplies the missing hormone the thyroid would normally produce, and it suppresses the production of thyroid- stimulating hormone (TSH) from the pituitary gland. High TSH levels could conceivably stimulate any remaining cancer cells to grow. Patients are likely have blood tests to check their thyroid hormone levels every few months until the doctor finds the proper dosage for them.”

What are the symptoms?

• Lump in the neck

• Persistent neck and/ or throat pain

How is it treated?

The good news about thyroid cancer is that most cases can be cured with treatment. How it will be treated, depends on the type (yes, there are different types of thyroid cancer) and stage, the overall health of the patient and his/her preferences. Options include surgery to remove most of the thyroid, chemotherapy or radiation. Radioactive iodine treatment (as a capsule or liquid) may also be used to treat thyroid cancer that recurs after treatment or that spreads to other areas of the body. It also helps to identify microscopic areas of thyroid cancer that were not removed during surgery.

Can you prevent it?

According to CANSA there are currently “no generally accepted recommendations for reducing the risk for thyroid cancer.” But there are still some things you can do:

• Get the abovementioned symptoms checked out sooner than later.

Visit www.cansa.org.za to learn more about this cancer.

When Sarel Smit (22) visited the doctor early in 2013 after persistent throat pain and a lump in his neck, his thyroid was the last thing on his mind. But this quickly changed. The doctor discovered a lump on his thyroid and tests confirmed that it was cancer. Yes, even though he is male and young, he has a family history of endocrine cancers.

“My uncle and grandmother were both diagnosed with cancer a few years ago, but it was still a big surprise for me. I was, however, more worried that the cancer had already spread to my vocal cords and other parts in my body. I did think about the worst-case scenario… After the first appointment, blood tests, a sonar session, and an operation to remove my thyroid followed. About a week after the operation I went for a diagnostic radioactive iodine scan. It revealed some small traces of malignant thyroid cells were left. I had to go for another radioactive iodine session to ‘kill’ the remaining cells. It involved staying in hospital for three days – in isolation. That was the worst part for me – you are used to all the support from family and friends and suddenly you have to be all alone. I experienced some of the usual side effects of the radioactive treatment, like nausea and lost in appetite. I had to get medication to arouse my appetite – when I finally did eat, I experienced an altered sense of taste and food tasted like lead or metal.”

If you’ve had surgery you have to start Hormone Replacement Therapy.

“When you start feeling its effects, you truly realise the thyroid’s important role in the body. Without it, you have mood swings and are effectively a zombie for a large part of the day. Two weeks after the final treatment I went for another scan, just to make sure the cancer had not spread. I was lucky, it hadn’t.”

What the future holds: yearly diagnostic radioactive iodine scans and monitoring of hormone levels. Sarel’s advice to anybody who is diagnosed with this cancer is: stay positive! “Thyroid cancer has a very positive prognosis. Apparently, in most cases, people make a 100% recovery and lead normal lives – if you take your hormone replacement medication.”