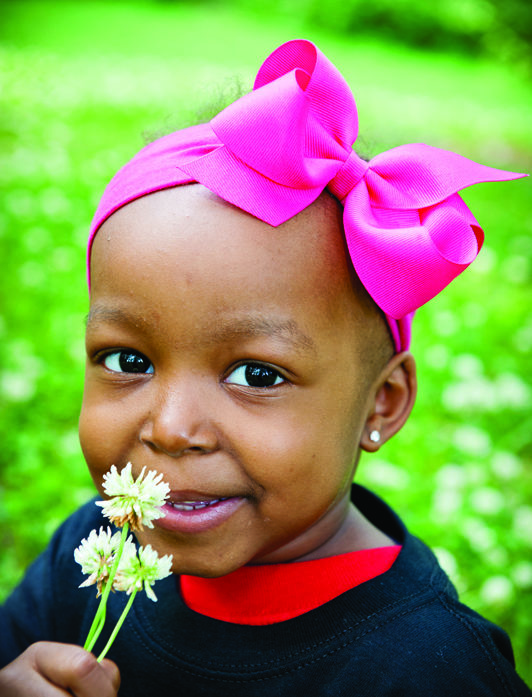 When an adult gets cancer, it’s likely to start in the lungs, breast, colon, prostate or skin. When a kid gets cancer, it may be in the white blood cells or the nervous system, in the brain or bones, in the lymphatic system, muscles or kidneys. There are many different types childhood cancers. Below are the most common types of cancer in children.

Tumours that start in the lymph glands are called lymphomas and these accounts for 11% of all childhood cancers. The body’s lymphatic system is made up of a collection of lymph nodes, each the size of a pea. These nodes are connected by lymphatic vessels (similar to veins), which circulate fluid and cells. The main function of the lymphatic system is to control infection and provide a collecting and transporting system for white blood cells and help fight infections in the body.

Lymphomas can also affect the bone marrow and other organs, and can cause different symptoms depending on where the cancer is. Lymphomas can cause weight loss, fever, sweats, tiredness (fatigue), and lumps (swollen lymph nodes) under the skin in the neck, armpit, or groin. The two main types of lymphoma are Hodgkin lymphoma (sometimes called Hodgkin disease) and non-Hodgkin lymphoma. Both types occur in children and adults.

Hodgkin lymphoma accounts for about 3% of childhood cancers. Hodgkin disease is painless and slow growing. It is more common, though, in two age groups: early adulthood (age 15 to 40, usually people in their 20s) and late adulthood (after age 55). Hodgkin lymphoma is rare in children younger than five years of age. This type of cancer is very similar in children and adults, including which types of treatment work best. Treatment depends on how far the disease has spread. It often includes radiation therapy or chemotherapy. The earlier the disease is diagnosed, the more effective the treatment. In most cases, Hodgkin disease can be cured.

Wilm’s tumor (also called nephroblastoma) starts in one, or rarely, both kidneys. It is most often found in children about three to four years old, and is uncommon in children older than age six.

It can show up as a swelling or lump in the belly (abdomen). Sometimes the child might have other symptoms, like fever, pain, nausea, or poor appetite. Wilm’s tumor accounts for 14% (in South Africa) of all childhood cancers.

The light sensitive lining of the eye is known as the retina. A malignant tumour of the retina is called retinoblastoma. It accounts for about 2% of childhood cancers. In about two-thirds of cases, one eye (unilateral disease) is affected. Sometimes a tumour develops in the other eye some months after the first diagnosis. One-third of children develop tumours in both eyes (bilateral disease) but they usually have a genetic or hereditary form of retinoblastoma, which tends to develop during the first year of life.

Osteosarcoma is the most common type of bone cancer and accounts for about 3% of cancers that happen in children. Although other types of cancer can eventually spread to parts of the skeleton, osteosarcoma is one of the few that actually begin in bones and sometimes spread (or metastasise) elsewhere, usually to the lungs or other bones. Because osteosarcoma usually develops from osteoblasts (the cells that make growing bone), it most commonly affects teens that are having a growth spurt. Boys are more likely to have osteosarcoma than girls, and most cases of osteosarcoma involve the knee. There currently isn’t an effective way to prevent this type of cancer. But with the proper diagnosis and treatment, most kids with osteosarcoma do recover.