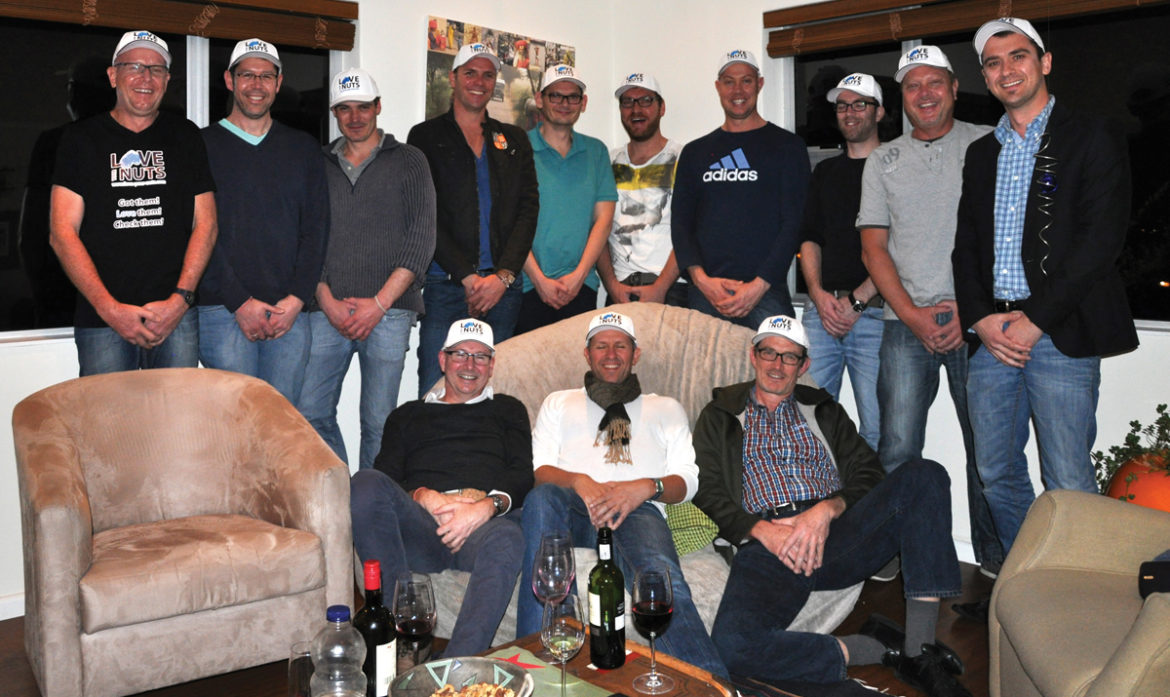 *Excuse the pun, but when I rethink my emotional rollercoaster times trying to cope with cancer, it was a nuts feeling!

The fear that came with the cancer often drove me in front of a mirror starring at myself and asking: Am I going nut? The unbearable feeling of not knowing often reflected in my interpersonal dealings. My encounters with others from family, friends, nurses and my students were nuts – often positive, some awkward. The actions and reactions from my side, as well as from others, often ended in impotent/ powerless silence. Nuts! Why? The only reason I could find is that we all don’t know how to deal with cancer or similar situations. Asking a cancer patient “How are you?” feels silly, because everyone can imagine how you feel. Yes, “imagine” is the right word – I felt the same and tried to explain my feelings.

I like to quote out of my book just one of these encounters that proofs that the feelings are nuts:

My wound was healing fairly quickly and moving around became easier. The Fistball World Championships were held in Windhoek that year. It was a welcome opportunity for me to get out and meet people, and see and hear something different. During the past days and weeks there had been only one topic – cancer!

I ran into a lot of acquaintances, but these encounters were different than previous ones. As soon as we said ‘hello’ I realised that he or she knew! After the hello we were immediately lost for words. Nobody wanted to ask how I was.

How could a cancer patient possibly be? It was good that I was able to talk about it. I plunged into it to break the awkward silence. It helped me and it helped the others. Once they noticed that I was able to speak about my illness, they really wanted to know how I felt. Then the question ‘how are you’ was suddenly appropriate again.

I realised that most people don’t know how to deal with such situations. Many want to help but they don’t know how, and at the same time they would rather run away. Everybody knows and tries to avoid this awkward behaviour. It is similar to meeting somebody after there has been a death in his family. What should you say?

In the evening in the beer tent I sat among many acquaintances but was nevertheless alone. I had a feeling that I was being avoided, when I so badly wanted to talk. After all it was the reason why I had come here. I didn’t hold it against anybody but it hurt!

Only Roger, a former pupil, came up to me. “First of all, let’s have a drink on you,” he said looking me straight in the eye. It felt great! “Why is it that you of all people had to get cancer? You went to Cape Town with us and you did so much for us. You have this great sense of humour and partook in all our shenanigans. It isn’t fair!”

“I didn’t choose this.” With

tears in our eyes we downed our shooters. “This morning on the sports field you suddenly stood next to me and I was so surprised that I had no idea what I should say. You needn’t feel bad about it, Roger. You have the courage to address me. That feels good.”

Being a patient or not, talk to each other because it feels good!

To all the men out there: TALK! And feel your nuts for testicular cancer lumps once a month.

Founder of the project: Love your Nuts – Testicular Cancer Education in a Nutshell