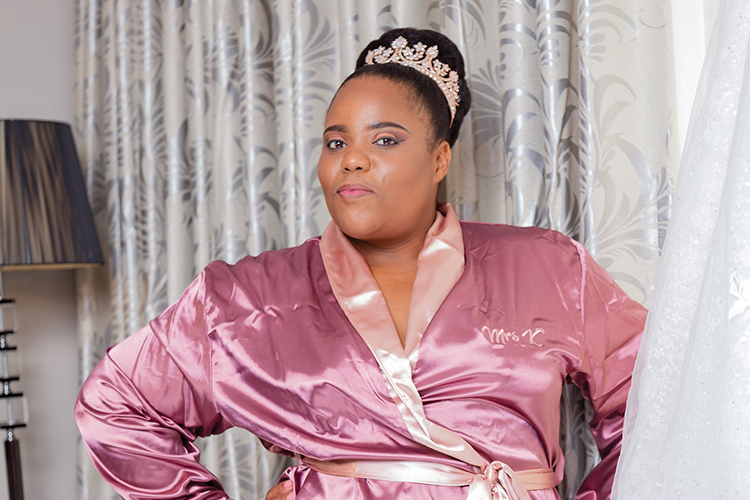 Halalisiwe Khumalo shares her intimate journey of having two unsuccessful in vitro fertilisation attempts and how she still longs to be a mother.

Halalisiwe Khumalo (37) lives in Lephalale, Limpopo with her husband.

In June 2019, Halalisiwe felt a lump in her neck. “It wasn’t painful but it also wasn’t going away so I went to the doctor. He was quick to refer me for a biopsy. The result came back as Hodgkin’s lymphoma. I was devasted, cancer was all foreign to me; there is no family history of it. I was in complete denial and wanted to go for a second and even a third opinion. However, I was told that the biopsy process is exactly the same as the first doctor I saw and the result will still be the same.”

Even though Halalisiwe was still struggling to come to terms with her diagnosis, the support from her husband, mother and sister pushed her to start the treatment process. “I was referred to a heamatologist who explained that I would undergo chemotherapy for eight months. She also asked if my husband and I still wanted children, which we did, we were currently trying to fall pregnant so she referred us to a reproductive medicine specialist before I started chemotherapy.”

The 37-year-old admits that the news that chemotherapy would affect her fertility was another huge blow to her and her husband. Since her husband was already keen on artificial insemination, he encouraged her that seeing a reproductive medicine specialist was a good thing.

After hearing all the options to preserve Halalisiwe’s fertility, the couple decided to opt for embryo freezing. Twenty two eggs were harvested and seven eggs were deemed viable. Those seven eggs were then fertilised with Halalisiwe’s husband’s sperm and then frozen for when they would want to use them.

She started chemotherapy in August 2019 and ended in April 2020. “Chemotherapy was scary, to see all those sick people sitting all in one space was overwhelming. I didn’t want to be one of them. I was still in such denial. However, once I sat down, they were all so welcoming and calmed me down and that is when I finally accepted that I had cancer,” Halalisiwe explains. “My husband drove me to every session and was my biggest support.”

Halalisiwe was told to wait six months after chemotherapy to undergo in vitro fertilisation. In February 2021, the couple decided to try and two embryos were transferred into Halalisiwe’s uterus.

“After insemination, you have to wait around two weeks to have blood tests taken to see if it was successful. Unfortunately, it wasn’t which was another huge disappointment for my husband and I.”

The couple waited a few months and then in November 2021 tried again. Another two embryos were transferred. “This time the result wasn’t clear so we had some hope that there was a chance of it being successful. But after the second test, it was also unsuccessful. It crushed me. My husband and I didn’t take it well and this time it was me who had to encourage him.”

Giving it some time

“We have decided as a couple to give it a break for now and try to focus on other things. We went to Mauritius in January this year for a belated honeymoon. Plus, we can’t go through another disappointment like that again, we need to heal first,” Halalisiwe says honestly.

She adds that the cost of these procedures is also a financial strain on them as medical aid doesn’t cover it.

Halalisiwe and her husband haven’t given up hope just yet. When they are ready they will try again with the last three embryos and trust they will have a child.